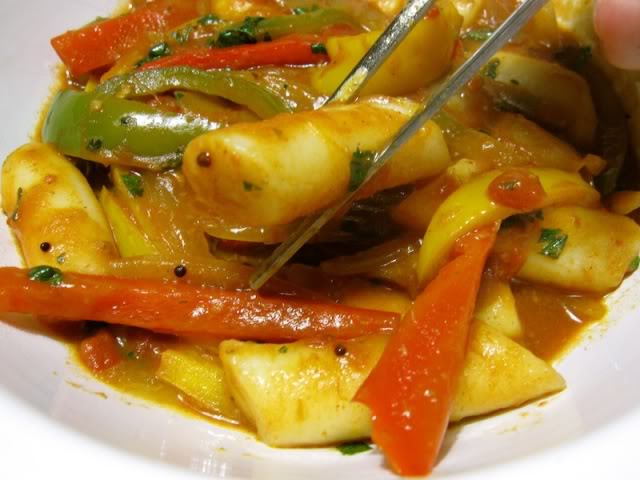 My next source of tteokbokki fusion inspiration comes from the Indian state of Tamil Nadu. Madras, the capital of Tamil Nadu, which is now called Chennai, is located in the southwest corner of India. The region is well known for its spicy curry.

First, soak your Garae tteok in a hot water bath (not boiling water) for 10 minutes (check the instructions on the package of tteok you bought at the Korean grocery store for recommendations on this step).

First, finely slice the onion & peppers. Chop the cilantro as well, cutting off the stems.

Add curry paste, tomatoes, chicken broth and lemon juice. Simmer for about 10 minutes. Add the tteok and continue to simmer until the tteok are cooked (approximately 5 minutes). Put the cilantro in during the last minute of cooking.

This was the first sauce I made that I wish I had cooked up some plain white rice to use up the rest of the sauce. It was that good.