Pampered Chef, a direct seller of kitchen tools and culinary products only through independent salespeople, offers a modest line of culinary sauces — the Pampered Pantry — and marinades. One of the more recent additions is Korean barbeque sauce.

This particular sauce is not a marinade, so I wouldn’t recommend using it as one. The sauce is too thick to penetrate into the meat very far. And at $12 for an 11.5 oz. jar, it’s nearly a dollar an ounce. It’s a little too pricy to waste it by using it as a meat marinade.

The main ingredients include soy sauce, sesame oil, garlic and ginger. If a sauce or a marinade doesn’t have at least three of these four ingredients, it wouldn’t earn “Korean” or “Korean-inspired” in my book.

However, some ingredients are concerning. First the sauce is sweetened with applesauce. Applesauce is sweet but apples don’t do much to give additional flavor. This is why most Korean kalbi marinade recipes use Asian pear, kiwi or even a cola soft drink. These have a much bolder flavor to rise above the key four ingredients mention before.

Also odd on the sauce label are cornstarch and soy lecithin emulsifiers. Many Korean cooks, chefs and culinary historians, instead, use rice flour to thicken gochujang and sauces for kalbi or bulgogi.

I tested the bottled sauce twice to explore possibilities.

First, I made a simple, bulgogi stirfry. The sauce was a little weak. Maybe, it was the sweetness without distinct fruit flavor to counterbalance the pronounced soy sauce and black pepper flavors. Though the sauce had ginger and garlic, its most pronounced flavor was black pepper — not what I was expecting for a bulgogi sauce. 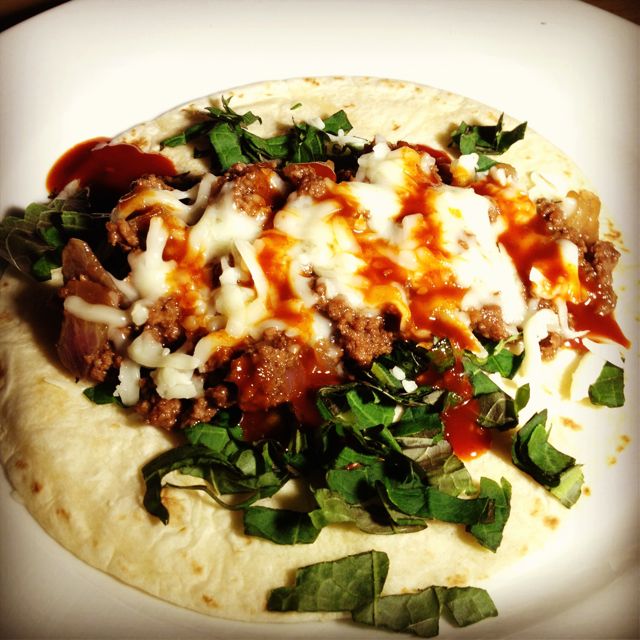 This is the first incarnation of the Kkaenip Bison taco, with shredded kkaenip, ground bison, Oaxaca shredded cheese and a touch of bibimbap gochujang. (Tammy Quackenbush photo, originally posted on Instagram)

Second, I tried to give the sauce some Korean credibility by adding kkaenip. It is one of my favorite Korean herbs and traditionally eaten with Korean barbecue.

In the second version, I tossed the tortilla for a ssam-style wrap with whole kkaenip leaves. Instead of traditional ssam of leaf-wrapped galbi or dakgalbi (grilled beef or chicken), I put a couple of spoonfuls of ground bison right on a kkaenip leaf, folded it in half and ate it. 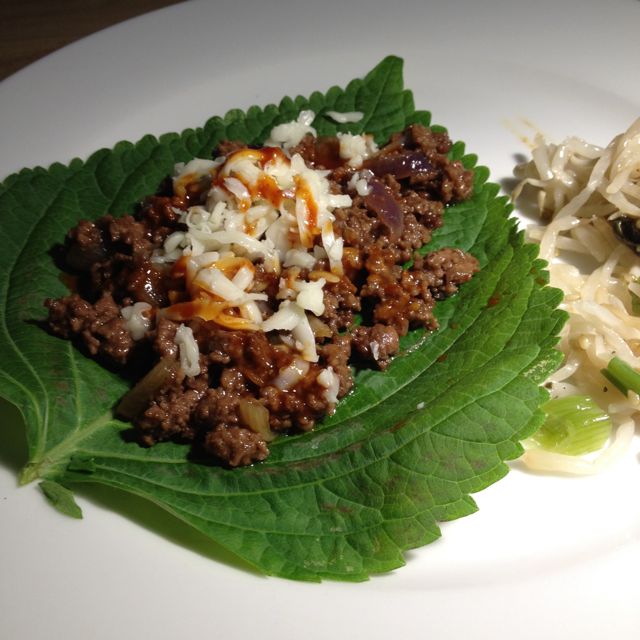 If you’re trying to reduce the carbohydrates in your diet, consider putting a couple of spoonfuls of meat directly onto a kkaenip leaf and rolling it up. (Tammy Quackenbush photo, originally posted on Instagram)

With a few of your favorite Korean sides, such as kimchi, mung bean sprouts and spinach namul, you’ll forget about the sauce shortcomings. Just as properly tailored clothes can make an average woman stand out in a crowd, dressing up this sauce with a covering of kkaenip did the same for this dish. 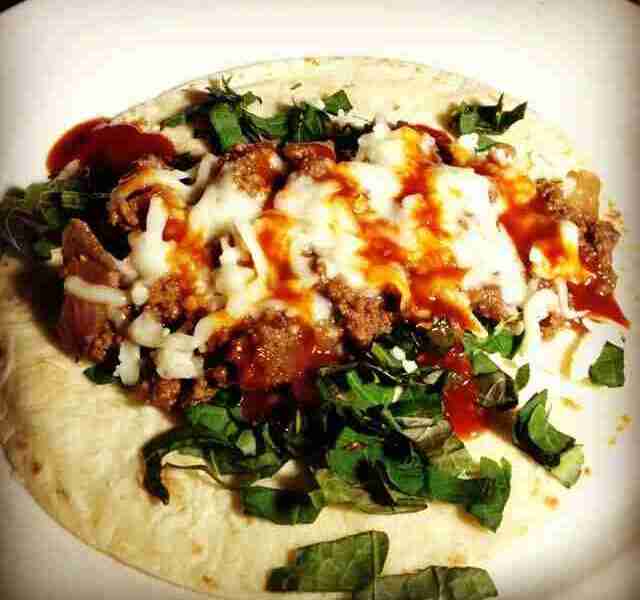