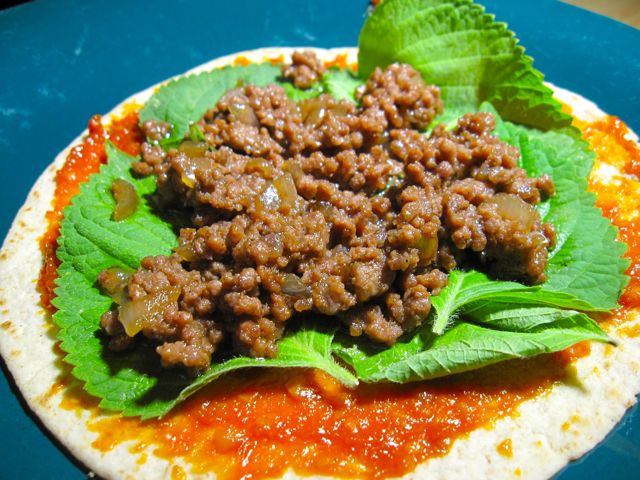 ZenKimchi Korean Food Journal was approached some time ago by publicists for CJ Foods, the owners of the Bibigo restaurant franchise. CJ Foods is also a subsidiary of CJ Corp., one of South Korea’s largest food manufacturers. They offered free samples of their new line of grocery products.

Less than a year later, the Bibigo name is branching out into the retail market with sauces, marinades and pre-made Korean foods for grocery stores across the US. A CJ Foods rep told me consumers will start seeing Bibigo on US store shelves in January 2012.

I admit I’m biased toward made-from-scratch Korean foods. My writing and cooking talents—meager as they are—are supposed to inspire people to start their own small gardens and cook their own food from scratch.

Yet even the most eager home cook can’t be on his or her game 24/7. And not all have the time to make every marinade, 반찬 banchan (side dish) and dipping sauce from scratch every day. That’s why I’m trying out these sauces and marinades for myself.

When I cracked open the bottle of Bibigo’s  Original 불고기 bulgogi sauce ($4.99 suggested retail price), the Northern California wine connoisseur wannabe in me noticed a combination of soy, sesame, ginger and black pepper on the nose. I found all those ingredients on the label, with black pepper towards the bottom. That was encouraging.

The label on the side of the glass jar has marking suggesting how much marinade to use based on how the amount of meat. One bottle will marinade 5 pounds of meat. 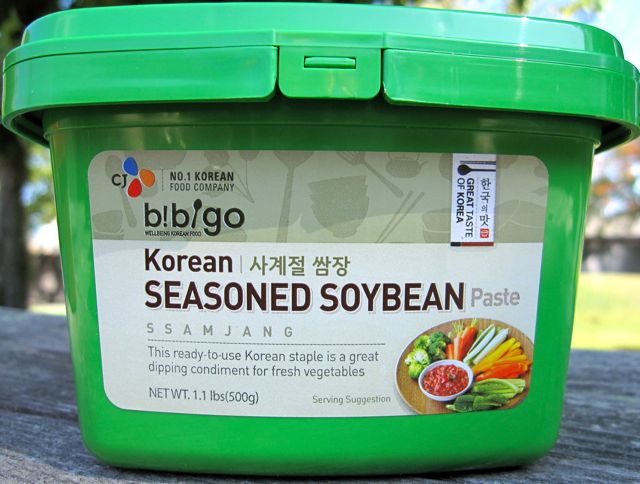 Later, I opened up the Bibigo 쌈장 ssamjang ($4.99 suggested retail price) container. The paste was bright red like 고추장 gochujang yet had a texture more closely resembling 된장 doenjang, which is a Korean fermented soybean paste somewhat similar to miso.

The miso-like texture would certainly be a plus for American audiences who may find the presence of whole soybean chunks in a ssamjang a little unsettling. The Bibigo ssamjang was spicy and salty — but not too salty.

When I combined them in the recipe below, the sweet bulgogi marinade matched well with the spicy, salty ssamjang. Fresh from my garden, the perilla leaves’ mint-like flavor played interference nicely.

This recipe is pretty minimal on purpose. I really wanted to taste the sauces. Beside shallots, consider adding diced bell peppers, black beans or any other vegetable.

I used ground beef because it’s the most common taco filling in the U.S. Yet this marinade should also work well with other cuts of beef as well as lamb, goat or buffalo.