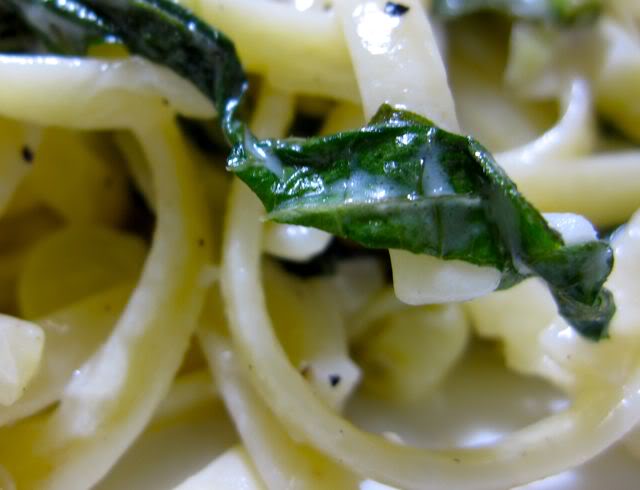 A recipe for creamy fettuccine with leeks, corn and arugula near the back of the June 2010 edition of Real Simple magazine could have been written by one of those corn-obsessed Korean foodies.

Koreans try to sneak corn in everything: pizza, potato salad and even ice cream. Nutritiondata.com reports that one cup of corn kernels provides 25 percent of the recommended daily allowance of iron. Is there a hidden anemia epidemic to explain the kernel corn craze?

So the cup of those ubiquitous sweet corn kernels already gave this recipe Korean moxie, as did replacing the arugula with sesame leaves.

Here’s my spin on the Real Simple recipe: