DakBokkeumTang is a spicy, almost creamy chicken stew with potatoes. It’s also known as DakDoriTang, but that’s a somewhat controversial name because it sounds too Japanese. Some say it’s Japanese while others claim it’s derived from a southwestern dialect version of “jorida,” pronounced, “dorinda.” Japanese-Korean etymology is a stink bomb I avoid. On some Korean radio stations, I can’t say Japanese words. Instead of “sushi,” they tell me to say, “raw fish with vinegared rice.”

Nonetheless, the basic recipe isn’t as spicy as you may think, but you can add chili peppers at the end to perk it up. This is one of those dishes where you can take this base recipe and tweak it to your liking, as a lot of Korean households do. 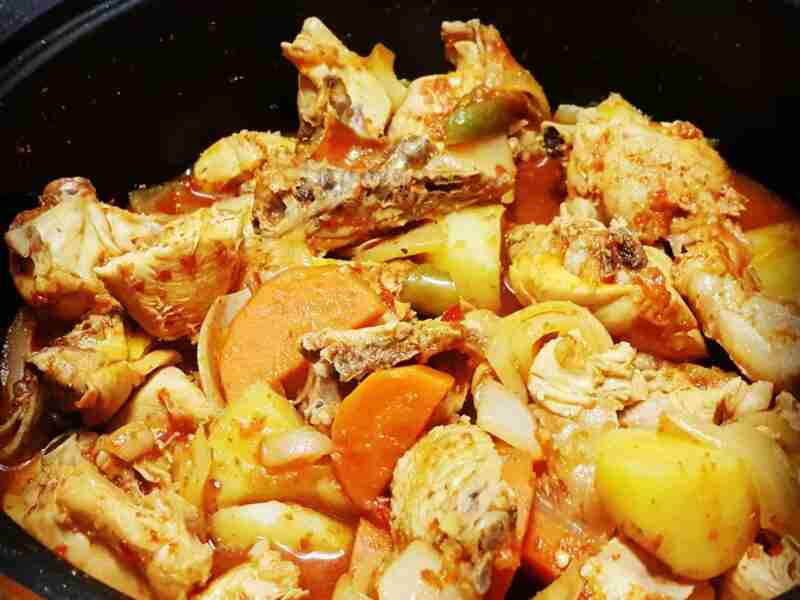 Don't use other chili pastes or chili powders as substitutions. They must be Korean gochujang and gochugaru, no matter with the dummies at Food Network try to tell you.
Feel free to add more potatoes. The more the better. Also add whatever hearty winter vegetables you have. Shiitake mushrooms work great.