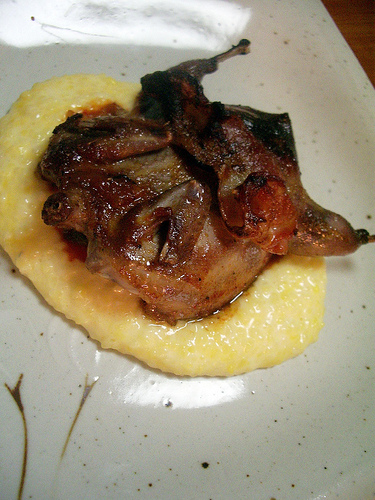 Last month, I met Therese (A Food Journey in Korea) and Rob (Homebrew Korea) in Ansan Asia Town for a little international food and booze tour.  It was chilly, but we had a great time.  Before we parted ways, we explored the wonderful international grocery stores for exotic items.  I hit the motherlode–real lemongrass, galangal, various chutneys, okra, frozen chapati–and these guys. 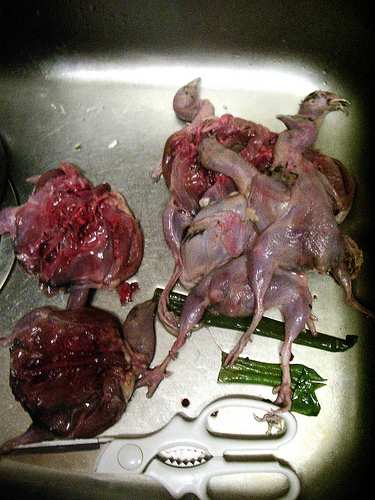 Therese and I looked at these packages of tiny, tiny birds, trying to figure out what they were.  She guessed they were quail and rapped rhapsodic about quail with maple glaze.  I’ve dealt with whole animals before, usually seafood.  In the past, I have killed and dressed a turkey and helped break down a whole hog.  So I figured I could trim these little guys and do something gourmet.

I mean, come on–quail is that fancy stuff you only get in fancy restaurants.  And at 5,000 won for a pack of six–it was a great bargain. 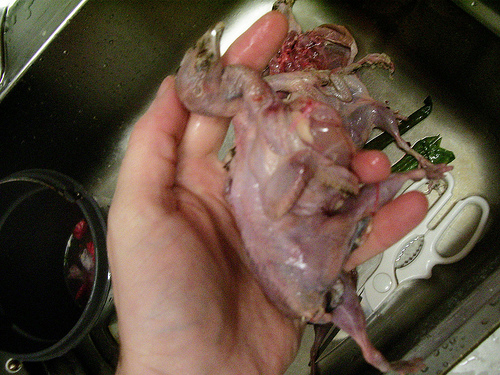 A couple of weeks ago, I decided to try them out.  They were so cute that it was difficult for me to snip off their heads and feet and clean them.  And they really needed cleaning.  The insides still had a good many guts, and they still had a few feathers to pluck off.

A heavy pair of kitchen scissors made it a much easier task than if I had tried it with a knife.  I put my little trash bucket in the sink to hold all the various body parts and organs that I trimmed off them. 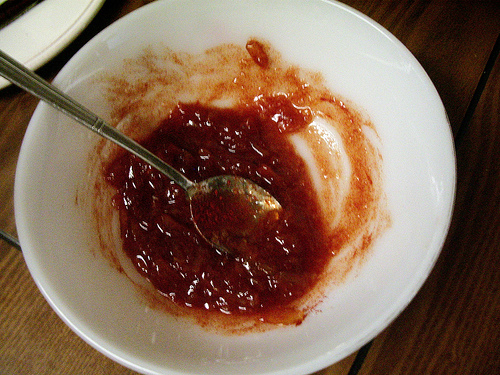 I thought I’d give them a nice glaze.  They’re gamey birds, and they need something bright and citrusy to counter that.  My brother, Chef Ben, gave me a big Christmas sack of smoked Spanish paprika from his restaurant (Eclipse di Luna).  For Christmas dinner, I mixed it with some Korean Yuja Cha 유자차, which is an orange and honey tea that comes in a jar and looks like orange marmalade.  It was AMAZING on a roasted chicken.  I thought it would be perfect for the quail. 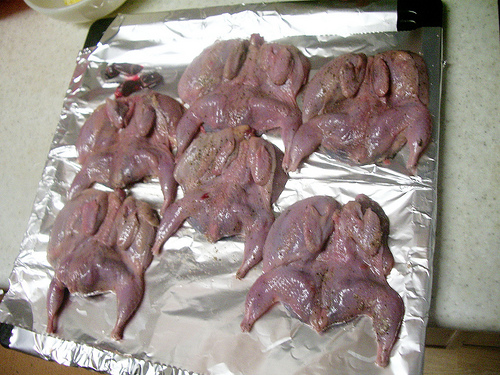 After trimming, they didn’t look so scary.  They’re all lined up like they’re going to do a Korean pop line dance routine–like the Wonder Girls–though I think these birds are a bit older than their members (and possibly more talented).  I butterflied them on a foil covered baking sheet and rubbed them thoroughly with salt and pepper. 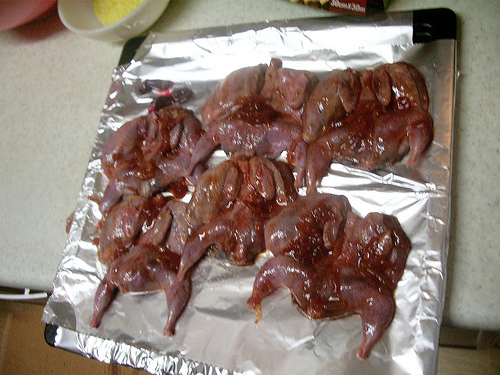 I schmeared the paprika-orange glaze on the birds. 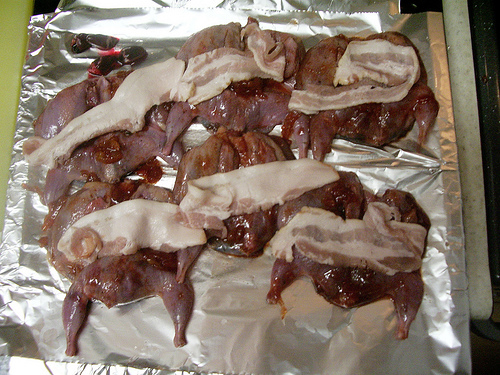 And, of course, if you have bacon use it at any opportunity. 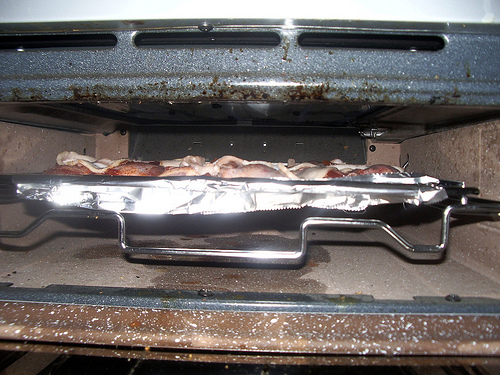 I threw them under the broiler until they cooked through, flipping them once. 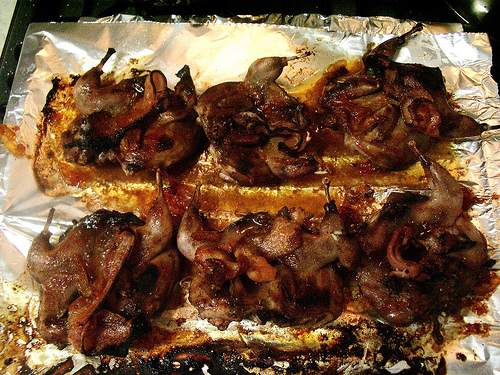 Here they are, resting out of the oven.  Lookin’ good, huh? 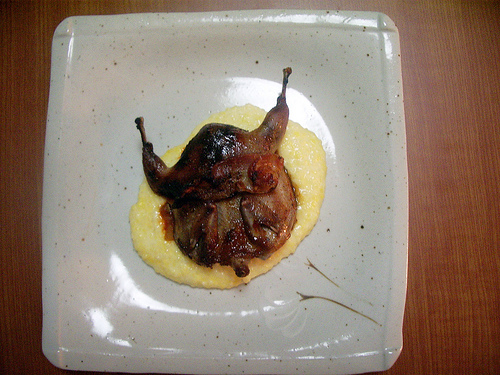 Oh, let’s get really fancy here.  I made a batch of cheese grits, layered with some kimchi, with a bird on top.