This is another odd one to anyone who doesn’t live in Korea. Ovens aren’t common household items, especially to migrant teachers straight off the plane. So, I’ve been playing with cooking stuff in toasters. This particular one was ripped off of inspired by Chef Eric Ripert’s new blog, Avec Eric. 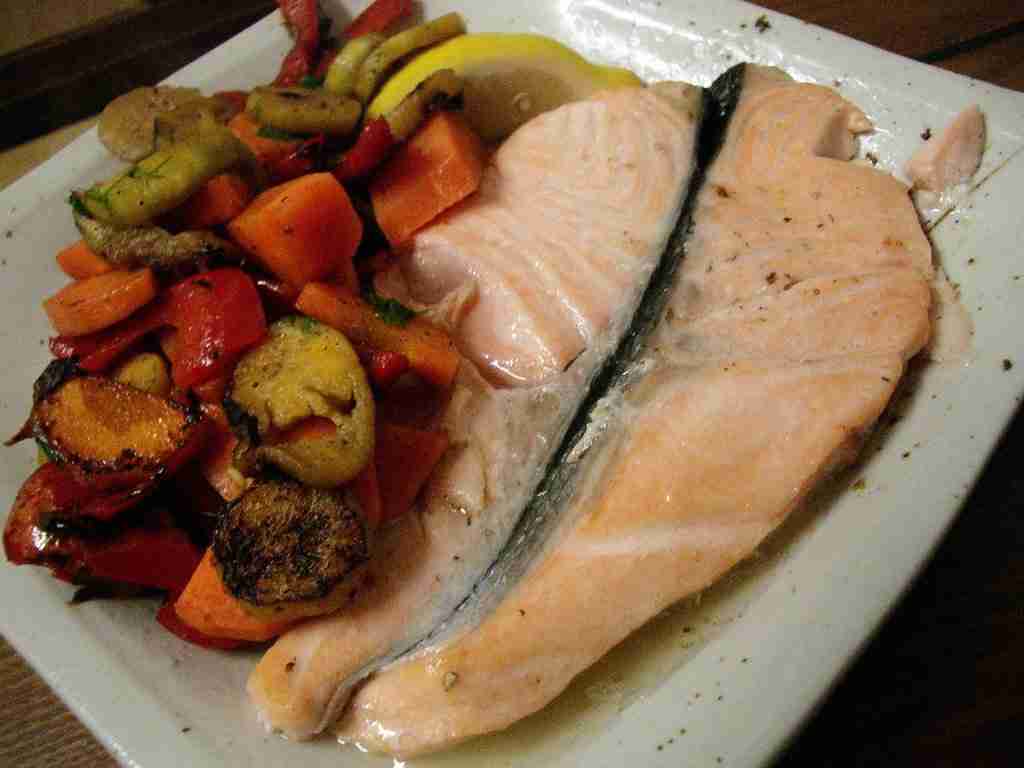 Fish in the Toaster

No ovens. I stated that in the first food column here. Many expatriates, especially those straight off the plane, do not have access to full ovens. Only after coming to Korea and being denied the oven do you realize that a lot of favorite foods require them.

There are workarounds. Even though many foreign residents in Korea have no ovens, they do have toaster ovens. If they don’t they can easily afford them. People leaving Korea are always shoving off their non-packable possessions, such as toaster ovens, for ridiculously cheap prices. Just check the big online message boards.

Toaster ovens are not just for heating up cold pizza and making toast.They can actually work like real ovens.Granted, there are some folks who even attempt to make cakes in toaster ovens.That’s taking it a bit too far.Coming back to practical reality, you can make quick, easy and even healthy meals in your toaster oven.After a grueling work day in Korea and battling the crowds, buses, taxis and subways, the last thing anyone wants to do is cook.

We are going to make fish in a toaster oven. I’m serious. Some toaster ovens in Korea advertise that they are good for fish, but how many people actually attempt that? Until recently, I never was much of a fish eater, but the methods I’ve found have turned me into a fish lover. I now eat fish at least once a week.

Buying fish is the first big step in overcoming ichthyophobia. If you’re buying a whole fish to clean and fillet at home, look for fish with clear eyes and firm flesh. It shouldn’t leave dents when you poke it. You can also find fillets and steaks handily anywhere. If you do want to tackle a whole fish there are plenty of resources online to show you how to scale and clean it. Whether you are buying fish whole or not, you need to smell it. Fresh fish smells of the sea or like nothing at all. Bad fish has a fishy smell.

This basic French method of cooking is my favorite, and it doesn’t leave a lingering smell in the oven. It’s blindingly simple and tastes amazing. Make sure your prepared fish is rinsed and dried. Place it on some aluminum foil and season it on both sides with salt and pepper. Slather it generously with softened butter. Throw some other flavorings on if you like, such as Cajun seasoning or herbs.

Set your oven to broil. If you toaster oven doesn’t have that feature don’t worry. You can use the toaster feature, too. Now, times vary depending on the size of the fish you have and the type of oven you’re using. Generally, it will cook in five to ten minutes. The best way to handle this is to check the fish after five minutes by taking a metal chopstick and inserting it into the middle of the flesh for a few seconds. Take the chopstick out and touch it on your wrist. If you are brave you can touch it on your chin in the classic French chef way. If the chopstick is cold it needs more time. It is supposed to be warm but not hot. Hot means that you’ve overcooked the fish.

Gently put the fish on a plate and pour the butter that has pooled in the tray on top. Squeeze some fresh lemon on it. Serve it with some sautÃ©ed summer veggies, some rice and even some bright kimchi and you have a healthy but filling and truly amazing broiled fish dinner.