hOOters — I Really Came Here for the Wings 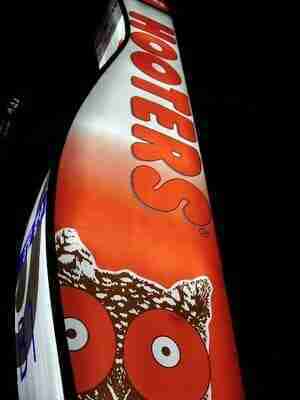 As far as I can tell, this is the first site to review the first Hooters in Korea. I know reviewing a restaurant within two weeks after opening is not an accurate account. Yet I’m sure that we’ll be back a few times for updates.

My history with the Hooters franchise has been mixed. It was cool to go there in high school for my best friend’s seventeenth birthday. Yet as an adult, I feel like a stupid male being duped through my most base instincts. The last time I had visited a Hooters was when I was working a Flash design contract in Jacksonville, Florida. There weren’t many restaurants near the hotel, and I chose to go to the Hooters by myself for a Buffalo Chicken Sandwich. There’s little worse than the look of pity on a Hooters Girlâ„¢ when you’re dining alone.

On a positive note, the Hooters method of frying their chicken has been a major influence on my constantly evolving fried chicken technique. And I really dig their wings. 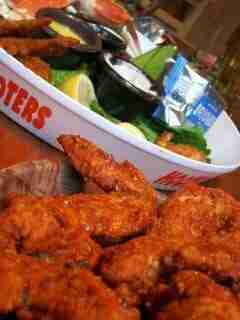 I’ve mentioned before that I grew up on the northern Gulf Coast (Gulf of Mexico, that is), in the Mobile Bay area. The cuisine in the region is a mix of French New Orleans and Spanish Florida combined with West African rooted soul food.

Despite what people say about Hooters, it has been the closest I’ve come to having Floridian/Gulf Coast food in a Seoul restaurant thus far. 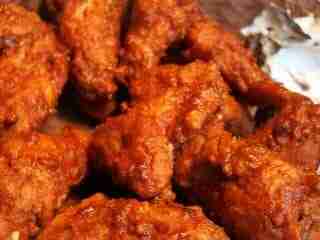 Let’s start with the star of the show. The wings.

You can order them breaded or naked. When I was in Jacksonville, it seemed that most wing places served them breaded. Is this Florida style? Don’t know, but I like them this way. We ordered the hottest flavor, the 911. They weren’t as hot as Korean bul dalk (fire chicken) or the Krazy Korean wings at Sh-wing, but they had a good spicy kick. Hooters uses a buttery hot sauce that adds an extra richness. And the method they use for breading the wings keeps them crispy.

Our only complaint with the wings was that they didn’t come with celery or carrots. We don’t know if that’s a Hooters Korea thing or they just messed up our order. It wouldn’t be the last time. 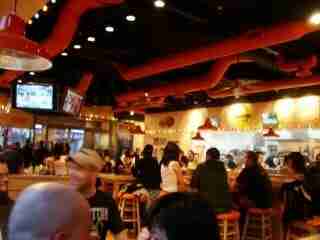 Being the first few weeks of operation, you can expect a restaurant to have a few kinks, especially with service–especially especially with a service style that is almost alien to Korea. A lot of us have grown used to waitresses only coming to our tables when called for. We had forgotten about the Western style of having a waitress visit us every so often to check up on us.

Shia, our waitress (Korean name, Yu Jin ìœ ì§„), was trained well. I had seen that Hooters had flown in a whole staff of trainers from the States to get the Korean staff ready. No really, there’s a video of it. I must say she was trained very well, all the way down to the “lean over” to take our orders. The bartenders looked like they were trained by the same school of bartenders who trained me when I worked at Chili’s–they did the same tricks I learned. 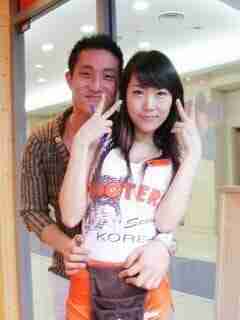 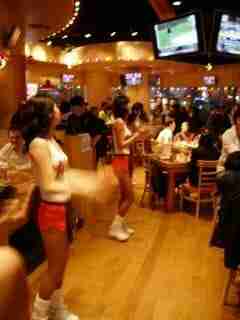 Honestly, I have always been resistant to the Hooters Girlâ„¢ thing, but the Korean Hooters Girlsâ„¢ just do that little Korean agassi thing that gives it that special Koreanness. Cute Korean charm mixed with American sass. It’s all part of the show. They also treat the female guests like they’re old sorority pals. 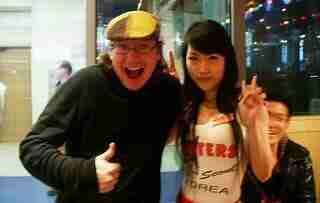 Woo hoo! Got my picture!

Now back to the food. 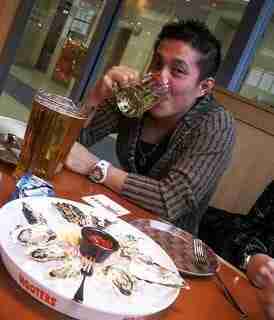 I couldn’t resist ordering up a dozen oysters on the half shell (15,000 won). Shia couldn’t understand me at first. She hinted that the only English she knew was from training. So I said, “Seng gul ìƒ êµ´.”

That was enough. It took a while for the oysters to arrive. I myself used to be an oyster shucker at a redneck bar, and I had made tons of these platters. They involve some work, but they aren’t that hard to make.

The oysters come the way I remember them at Gulf Coast bars–served on a bed of ice with lemon wedges, a pack of crackers, and a simple cocktail sauce of ketchup and horseradish. 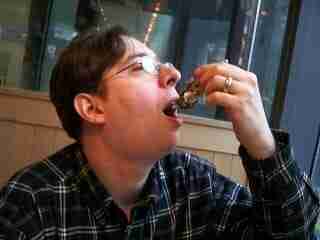 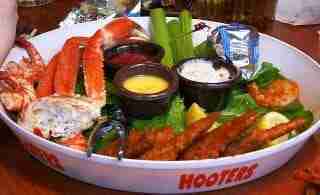 Next came a sampler platter with king crab, steamed shrimp, buffalo shrimp, and some more wings. The crab was good with the accompanying butter. The buffalo shrimp also were good, even though they seemed a bit cold and soggy. 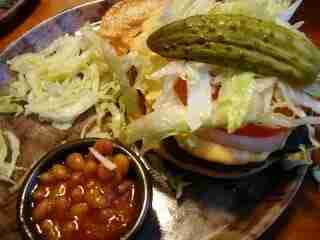 After another round of wings, I ordered something more substantial–the Hooters Cheeseburger (12,000 won). It came on a nice roll with an ample amount of beef. The only sides were condiments and some baked beans. 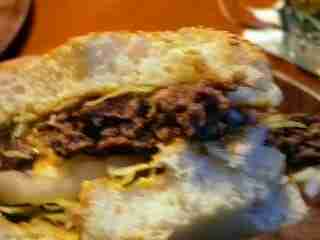 It did the job, though. It was a good burger. 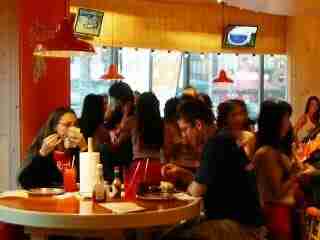 What’s that? Oh, a birthday. Hey, mine’s next month. What do I get?

Oh well, I’ll have to wait. 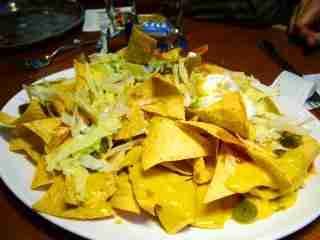 Next up was our order of beef nachos. Again, they’re still working out the kinks. Look closely at this picture. We looked closely too. Now, everyone together… 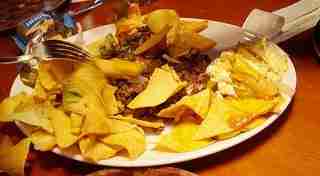 A quick mention of this, and we were given a plate of beef on top of our nachos. That’s more like it. I’d say the nachos were ho-hum. Not as good as the wings and the burger. 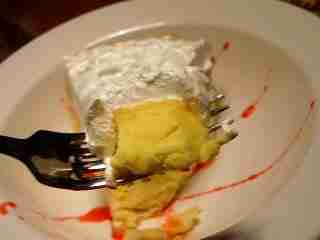 Pie was much better. Key lime pie, in fact. I’m not a big fan of citrus pies, particularly lemon merengue. This key lime pie was a good balance of sweet and sour. It wasn’t too harsh on a stomach reeling from hot wings and beer. 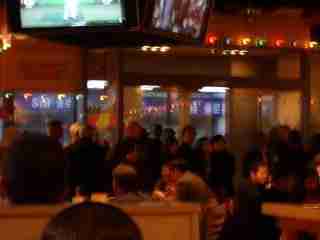 A quick look behind revealed that a line was forming. We had shown up at 3:30 on a Saturday and were seated almost immediately. It was then almost 7:00, and the crowd was looking hungry and restless. At Sh-wing we’re not used to the crowds. We’re used to claiming a table for the whole night. 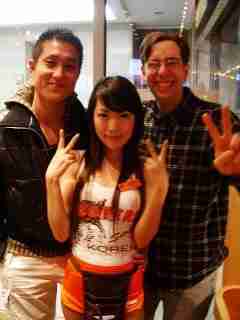 We decided to stop ordering, take one last picture with Shia, and call it a night. 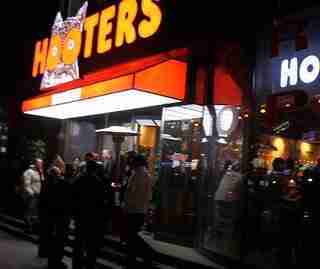 There was even more of a crowd outside. One funny little anecdote, though. While I was taking pictures of this line, a nicely dressed woman with her date asked me if I wanted her to take my picture for me. I told her it was okay, but, you know, that was really nice.

Now, we usually go to Sh-wing in Apgujeong. During the summer, Sh-wing really let us down by cancelling their All-you-can-eat wing special, bumping up their prices, and being laughably stingy with their limp vegetables. Since then, Sh-wing has restored the All-you-can-eat special on Thursday nights, and their veggies are of better quality (they actually use cuts of celery from the stalk itself, not the leaves).

Nonetheless, Sh-wing has finally found some competition. I said in the title of this piece, I really came to Hooters for the wings. It’s because wing places are very rare in Seoul. We really only know of Sh-wing–and now Hooters. It’s hard to believe that a food culture that loves spicy chicken hasn’t embraced buffalo wings. Granted, grilled fire chicken and scorching chicken feet are great Korean contributions to the drinking food landscape–if only they served them with some blue cheese.

Until then, we’ll definitely make a return trip to Hooters. 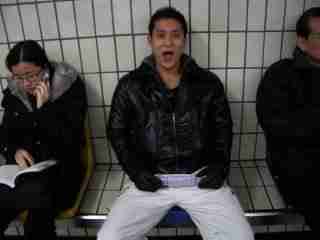 Update: Michael Hurt at Scribblings of the Metropolitician has photos and a podcast interviewing a trainer and a waitress at Hooters Korea.