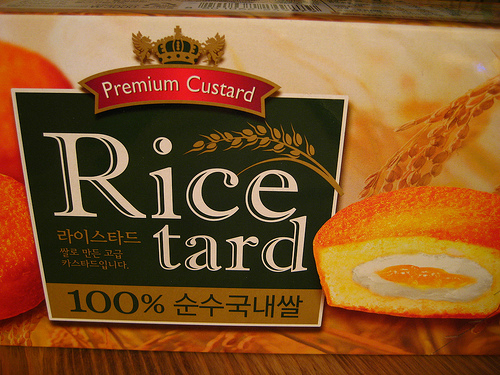 I wrote a piece reviewing the year in Korean food for the Herald.  Here’s the intro:

This was the year that Korean food was going to make its debutante debut. Restaurant industry seers Baum & Whiteman predicted Korean food would hit it big in 2009. It did make some headway, but not in the way the public and private Korean food promoters on the peninsula predicted.

Despite wasting money in changing the names of traditional snack foods, full-page ads in American newspapers and promoting the expensive, pretentious side of Korean food in the middle of a worldwide recession, these efforts created more wrinkled eyebrows than wows. Korean food did pick up in popularity with street food galbi tacos, good ol’ barbecue and the humble makgeolli. The words “topokki” and “Ricetard” joined “well-being” as Korea’s most cringe-inducing culinary vocabulary disasters.

Ethnic restaurants multiplied while Korean cuisine modernized. The roti bun trend faded as cupcake cafes increased. Brunch was still the price gouge of choice. Thanks to Omer Yilmaz, Turkish kebabs spread from Itaewon to Jongno to suburban department stores. The boneless samgyetang entered the repertoire of fine dining through the efforts of chefs

The H1N1 flu panic brought more sanitation practices to the food industry — even though temporarily — such as hand sanitizers for customers and layers of plastic over baked goods. The flu scare didn’t prevent first lady Kim Yoon-Ok from cooking pajeon for Korean War veterans in New York. It didn’t scare the professional gagmen of “Infinite Challenge” from promoting bibimbap in The New York Times with a great picture that unfortunately associated the dish with funerals through more awkward English.

For the Top Ten Korean Food Events of 2009, click here.

What were the big Korean food events in your opinion?