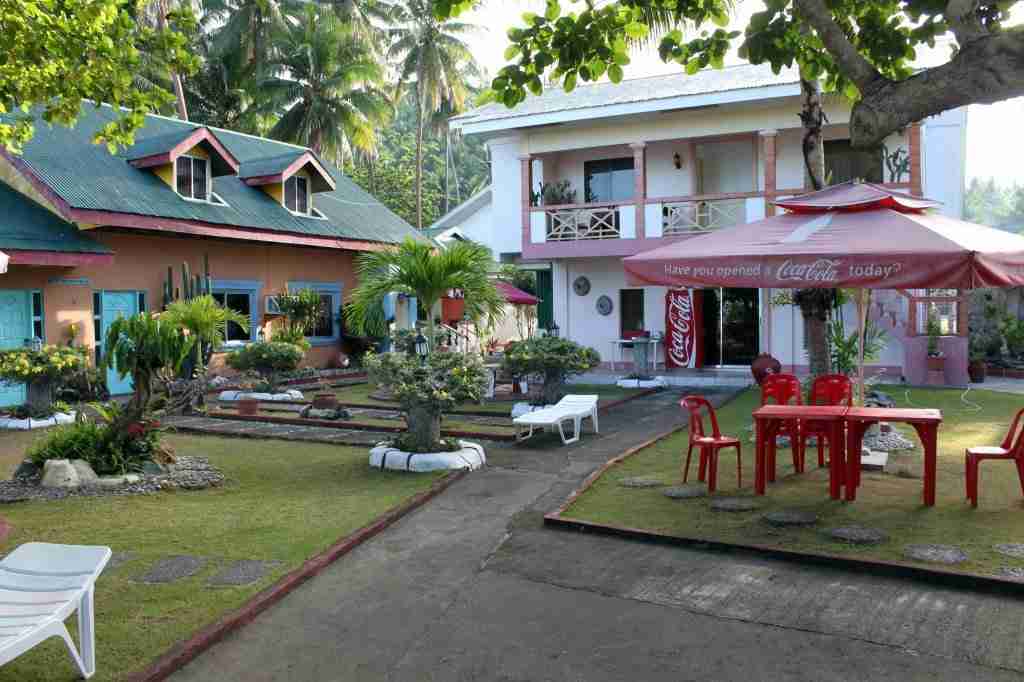 I was the first to wake up by a long shot. Around 6:00. I found some instant coffee and went outside.

We’re facing the water. I watched the stillness while children played in the background. The accommodations are a bit Spartan, but not too rough. Because of Holy Week, there weren’t many rooms to book. This little hotel, which really feels like a B&B, is rough around the edges, but it feels more like camping. 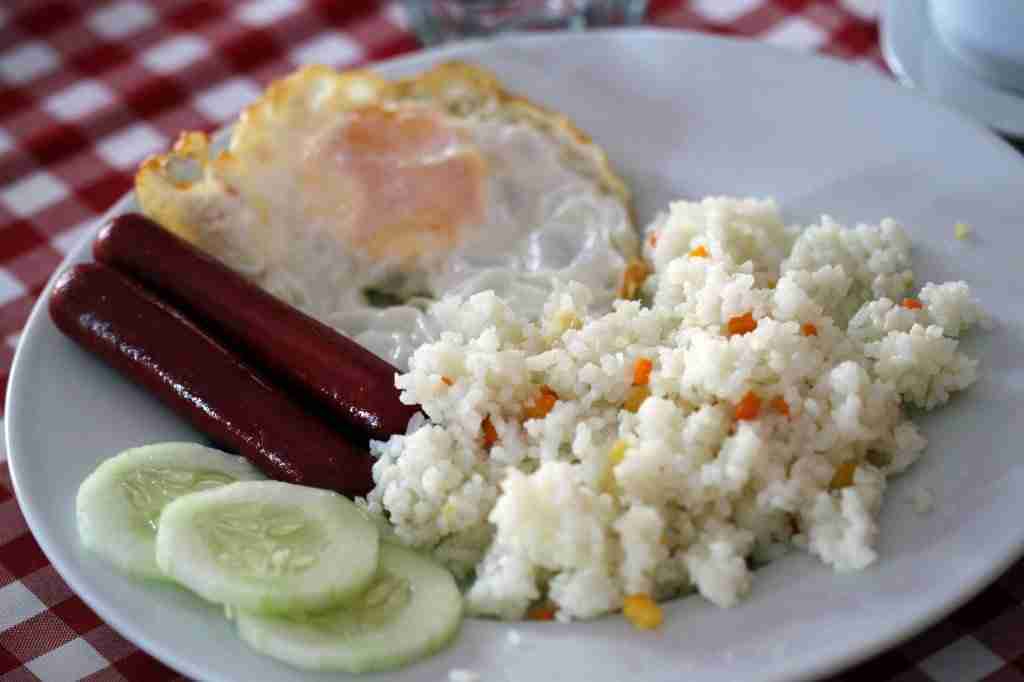 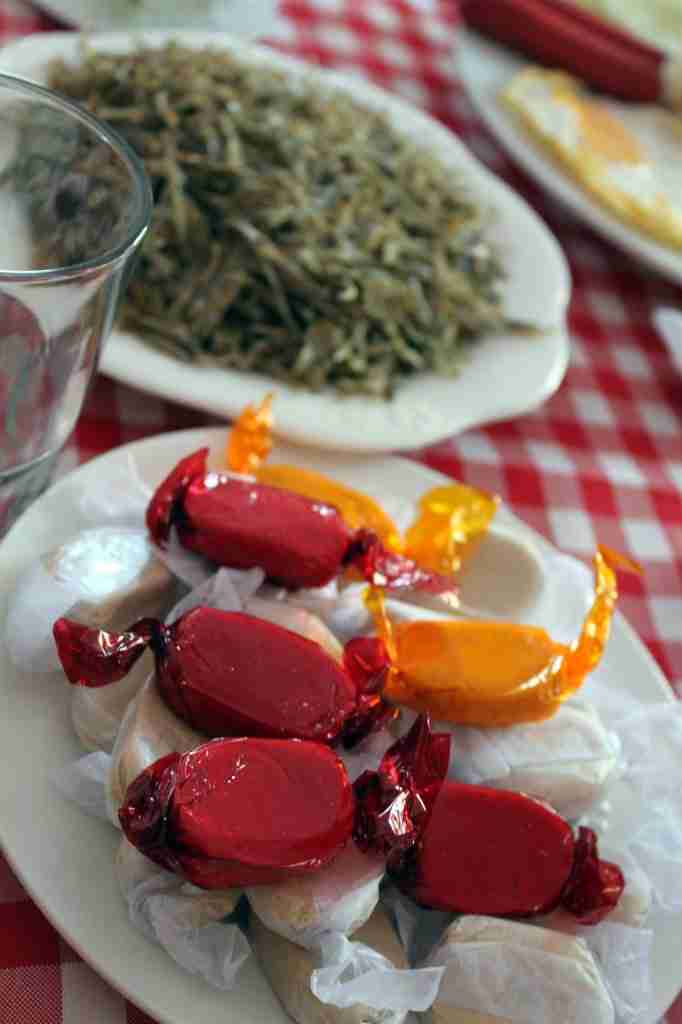 The rest of the group got up around 8. We had a simple but nice breakfast of rice, egg, sausage, and—dried anchovies with vinegar dipping sauce plus some sugar candies. 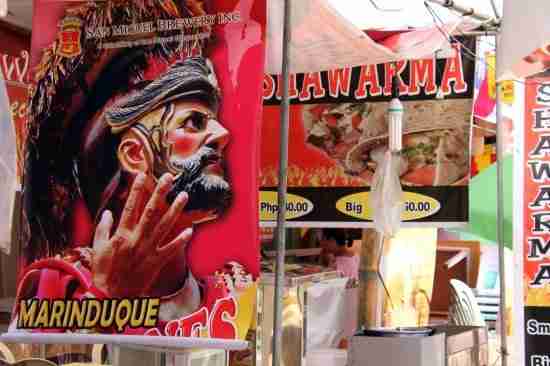 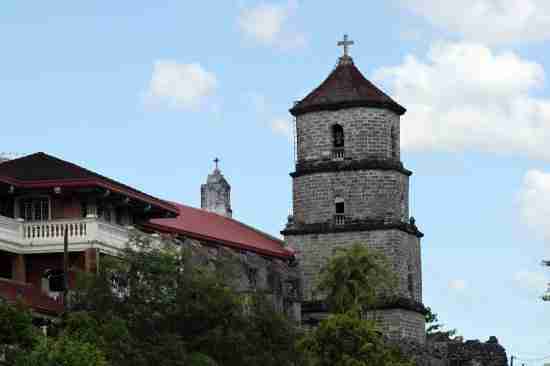 We drove down to the event grounds, where we ended up last night. The Via Cruces (Way of the Cross) had already started. This is a reenactment of Jesus carrying the cross through the streets. If you grew up in Catholic school, you would know the 13 stations, which are mile markers with stories. Jesus falls. Simon helps him with the cross. Jesus falls. Veronica wipes his face. Jesus falls. 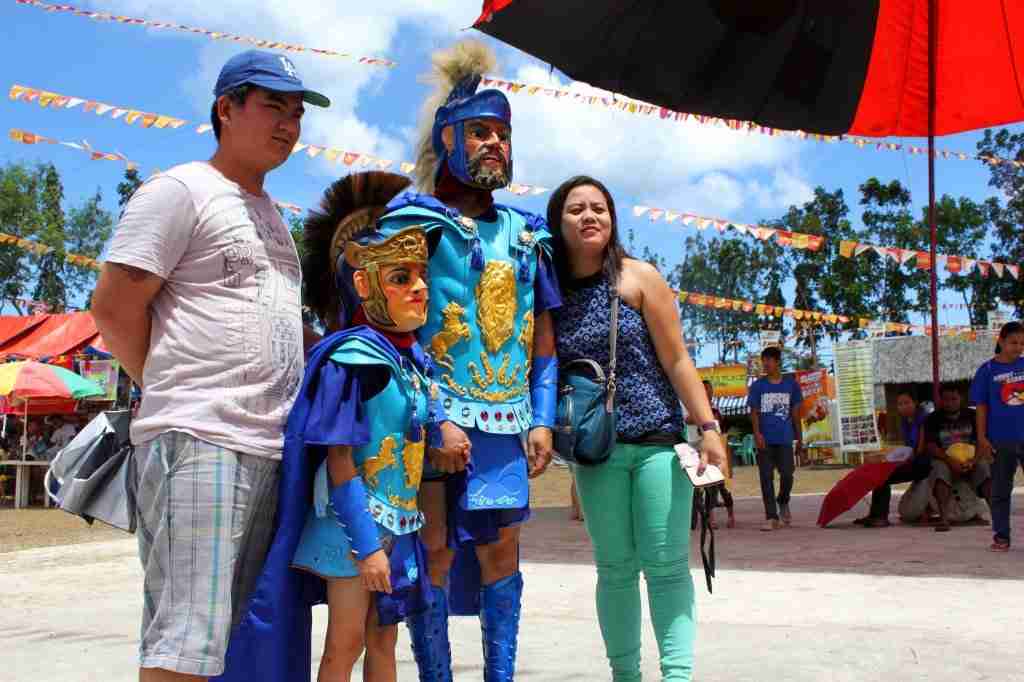 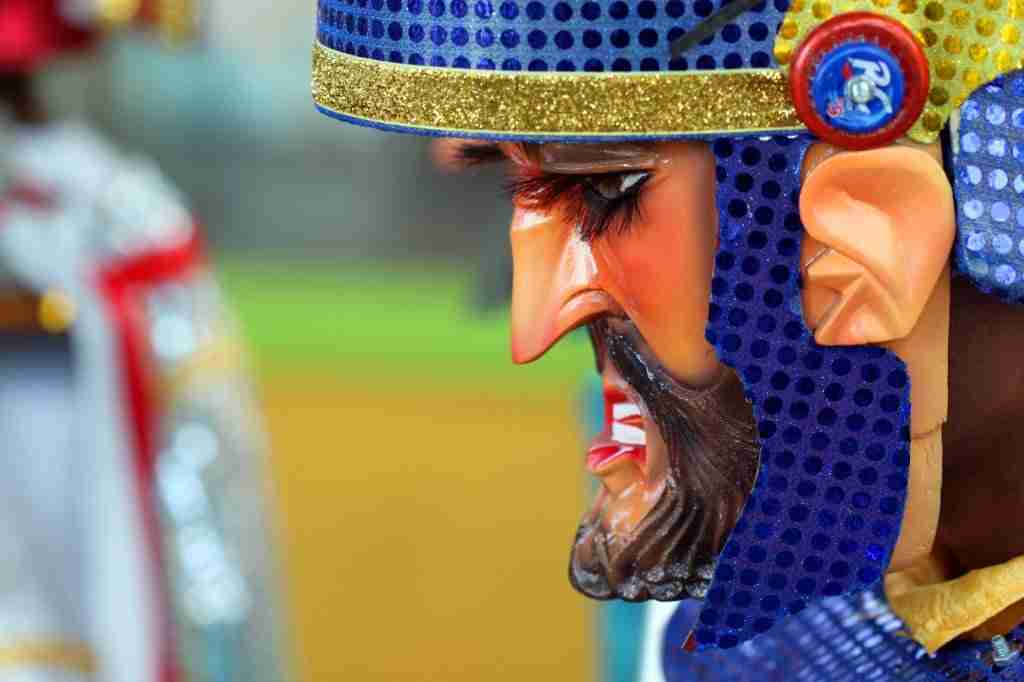 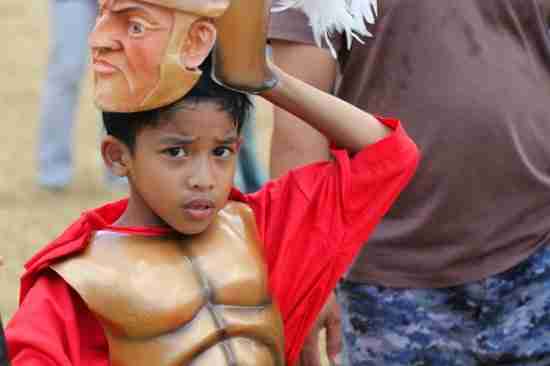 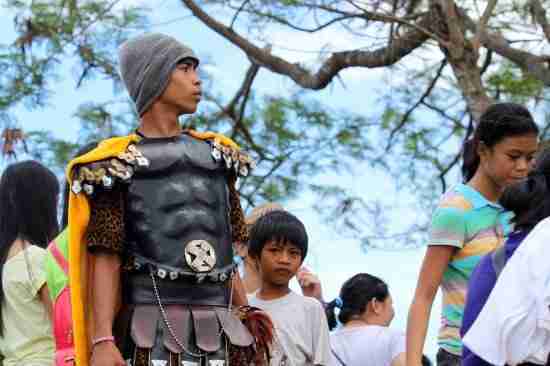 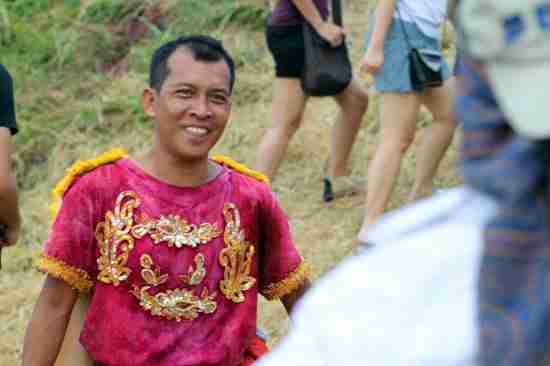 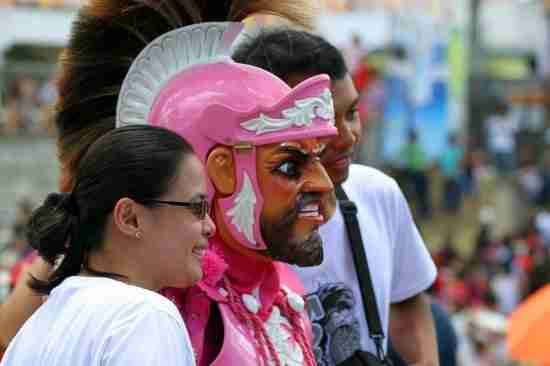 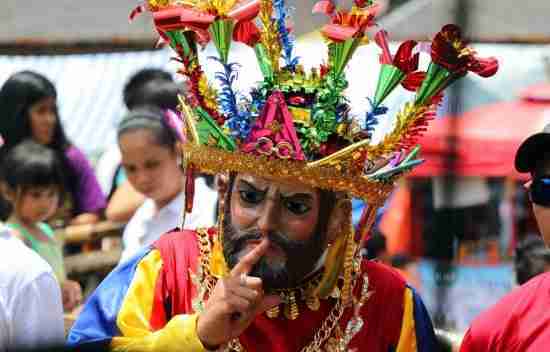 It’s a gruesome story I hadn’t looked at in 30 years. I didn’t realize how dark it was. And I kind of missed the story itself. I didn’t wait for the group to herd down to see the Via Cruces. I went ahead and sensed where the crowd was, following it. Men were dressed up all around as Roman soldiers with evil looking full-head masks. I found a nice space at a street corner. While I was waiting, a man approached me to interview for local TV news. So I obliged. He was a one-man band. I held the microphone, and he recruited a young boy to help hold one of his cameras.

When that was finished, some commotion was coming from up the street. An ambulance went by as part of the—parade. Roman soldiers approached and pushed the crowd back like policemen. It was weird how it felt real for a moment. Then Jesus trodded up the road toward us. He was staggering but still walking briskly. When he got near us, he fell splat on the hot concrete. The soldiers whipped him, pulled him up, and pushed him on his way. That fall was dramatic.

I figured I wouldn’t be able to top that footage, so I headed back to base. When I got there, the group was just heading out. They beckoned me to come, but I already had what I wanted. I think they missed the best part. 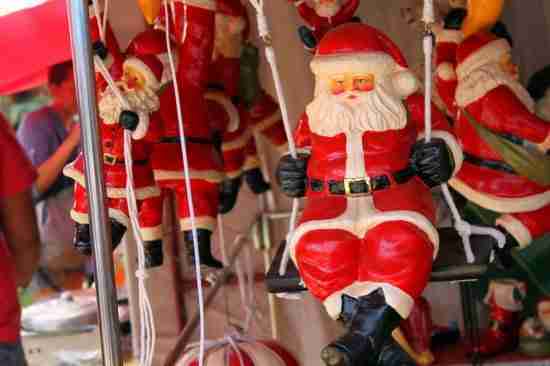 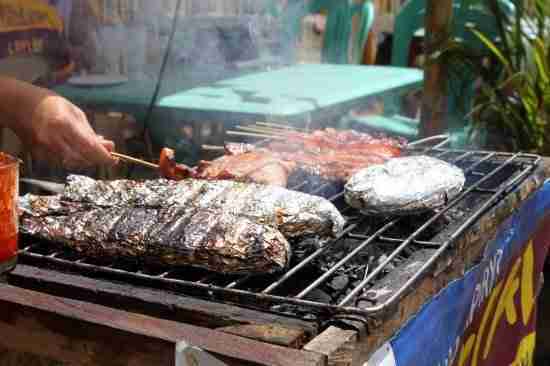 The heat was coming down that day. Yet strange enough, it didn’t feel uncomfortable. I wore my sweat like a sweater. Wandered around the booths. It’s not very big. But Dindo, the head officer of the local tourism board, corrected me that this is not a festival. It’s a time for people to do penance. Dindo and I got along well, actually. Funny guy.

I lost track of the time after a while. The group returned. Then I realized there was a lot of commotion going on further off.

We were missing the crucifixion! 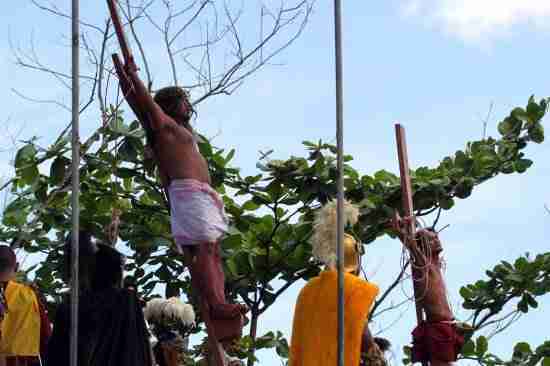 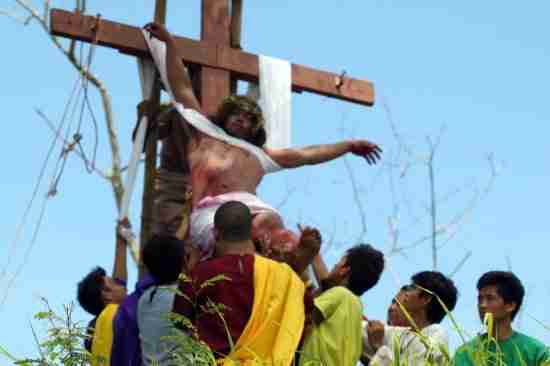 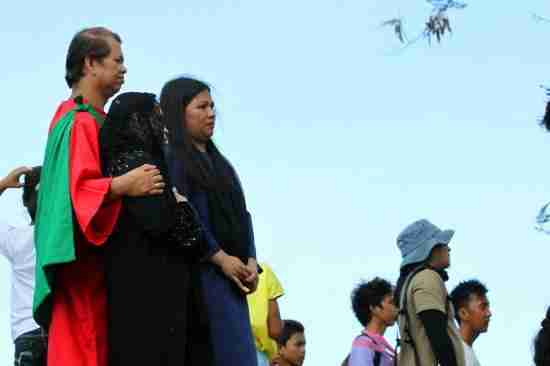 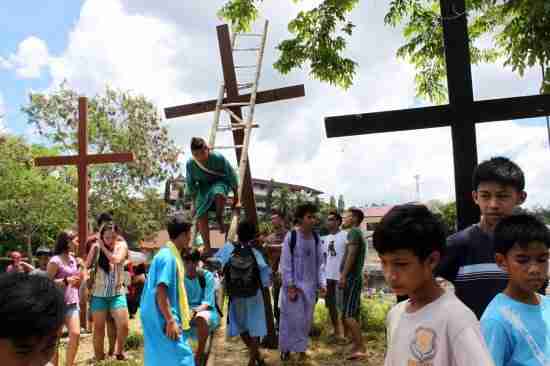 Some of us squeezed our way through the crowd and got a somewhat decent angle of Jesus and the two thieves on their crosses. He had already been nailed up. He didn’t really have nails sticking through his hands and wrists, but it looked like it. It looked pretty close to real. Then I was cringing because the soldier Moriones was getting ready to stick Jesus with a spear. He hesitated, waiting for the right moment in the per-recorded presentation. Then he put his spear up against Jesus. Blood spews out of the tip of the sword, but it’s done so well that it looks like Jesus is getting a serious stabbing. 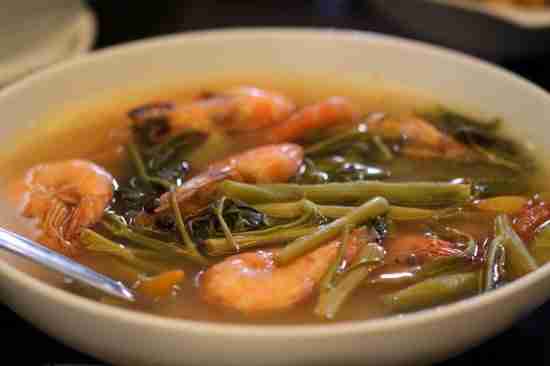 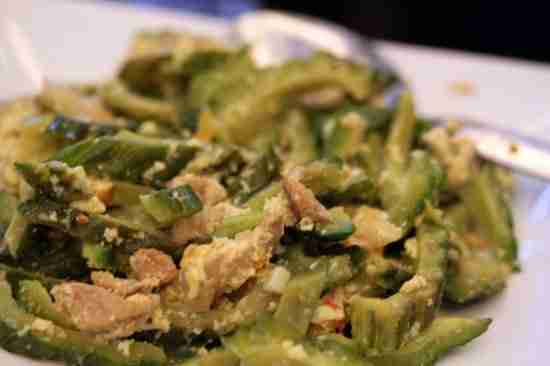 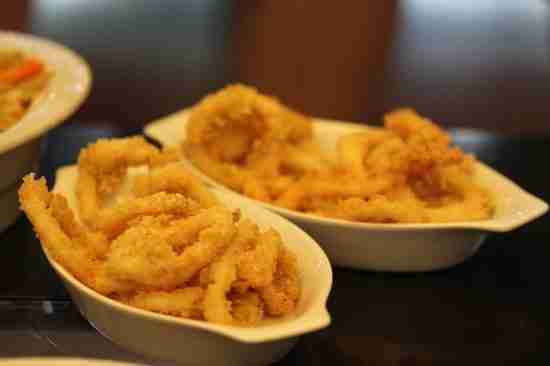 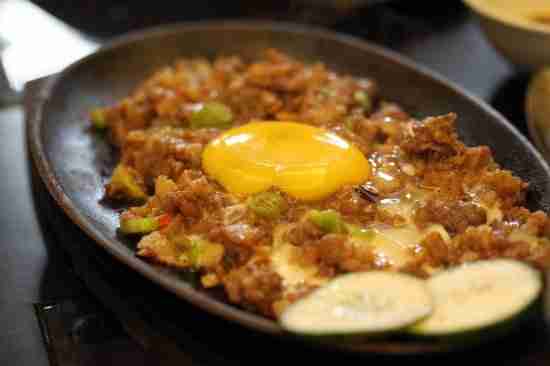 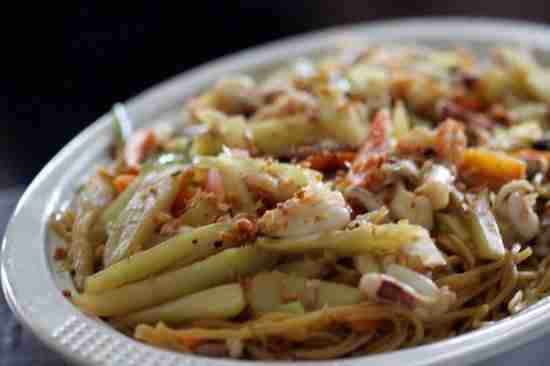 It was my first time trying bitter gourd, and boy does it live up to its name! But it’s a pleasant, almost numbing bitterness. Sinigang is one of those dishes that people die over, and I saw why. Seafood Canton, as its name suggests, is derived from Chinese cuisine. The Sisig they made especially for our group. It’s a pork dish, and people generally don’t eat meat on Good Friday. The name implies that the pork was marinated in something sour, vinegar to be precise. I started to note that vinegar is a beloved friend in Filipino cuisine. 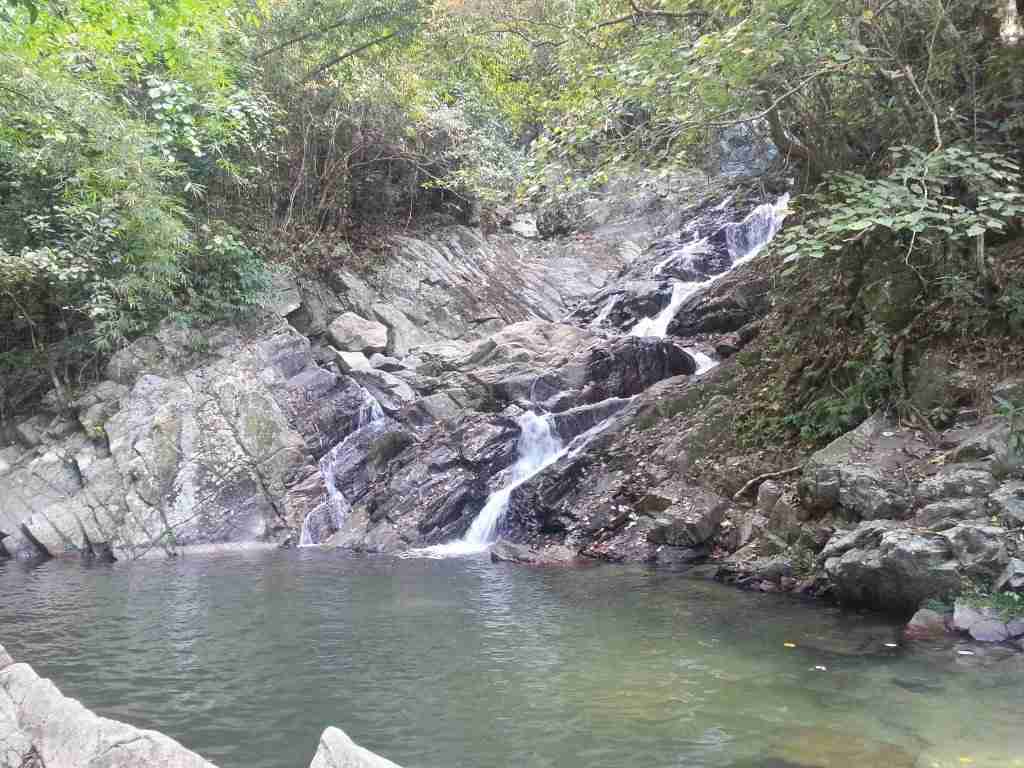 Then there was the waterfall. We drove to the end of a winding dirt road and had just a 10-minute leisurely hike to some nice meandering falls. Some young men were diving from the top of the rocks, so you know the bloggers got excited with their cameras. 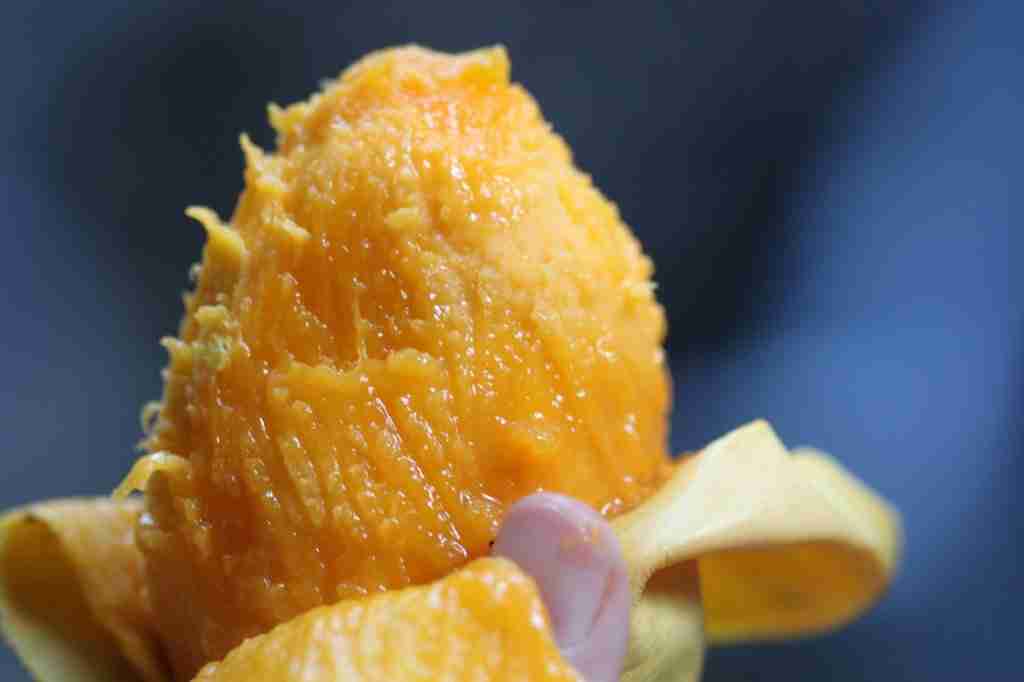 I took off my shoes and relaxed with some mango. The mangoes here taste creamy and sweet—close to durian in a good forbidden way. On the trail back, Joanne freaked out. She saw a big black snake. And… good thing I didn’t see it, or I would have screamed like a little girl.

When we got back, it was time for the procession through the streets. The other bloggers wanted to return to the hotel for a bit. I stuck around for this. It seemed like the entire town participated in this candlelight procession. I’m sure there were more participants than viewers. It snaked up and down the streets so much that if you wanted to go anywhere, you had to cut across the parade. We could see the end of the procession a few blocks away. 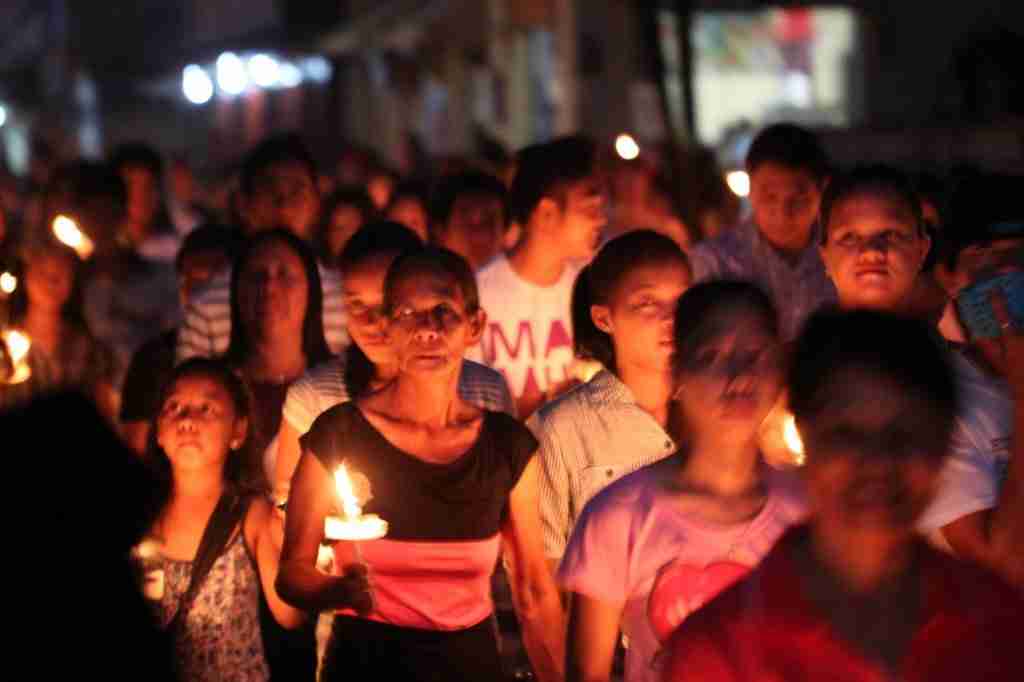 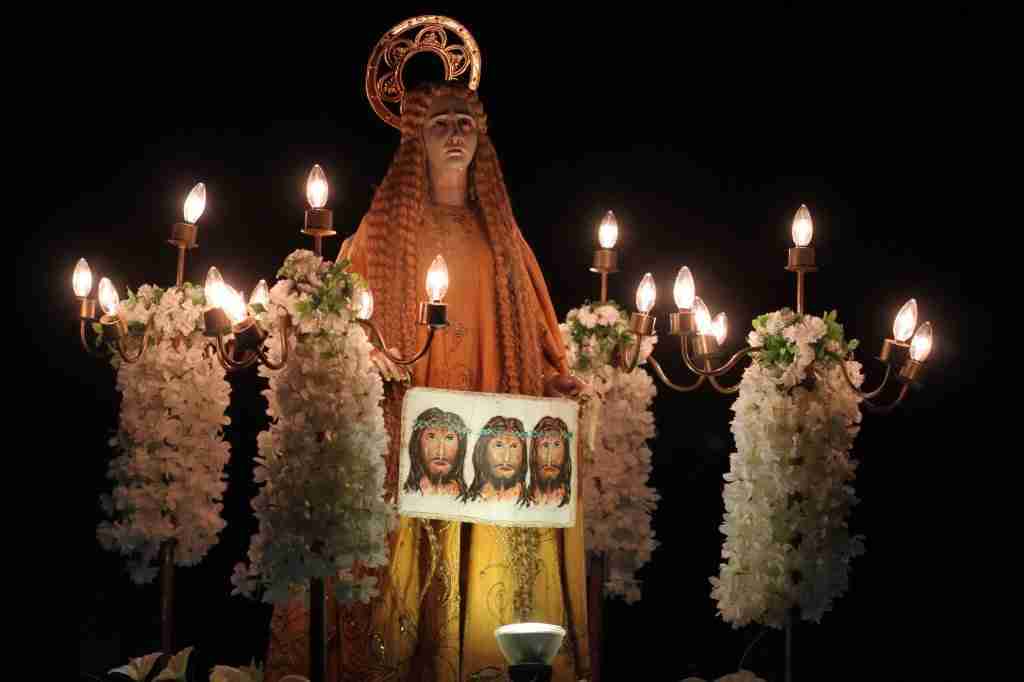 Back at the base, a lady was lying down, suffering from heat stroke. A doctor was taking her blood pressure. Then a woman and a girl who looked like her daughter took over. They both started massaging the woman. I was told that they’re called “healers.” It’s a form of reflexology with maybe a touch of shamanism. The healer art is passed down through families, and they’re chosen to be healers very young.

Our dinner was a buffet at Heritage House, an old place in downtown with creaky well-weathered boards. No pics because buffets rarely make for good photos. I liked the chicken fricassee, which was smothered in a salty brown sauce. I can’t get used to Filipino spaghetti. It’s so sweet! It’s like Spaghettios. When Joanne, our guide, speculated there may be ketchup in it, I couldn’t touch it again. In my rule book, there are only a narrow range of applications for ketchup, and pasta ain’t one of them.

Rain started pounding the metal roof. I shared a table with the guides Joanne and Harry. We just drank our beers and talked as we waited for the rain to subside.