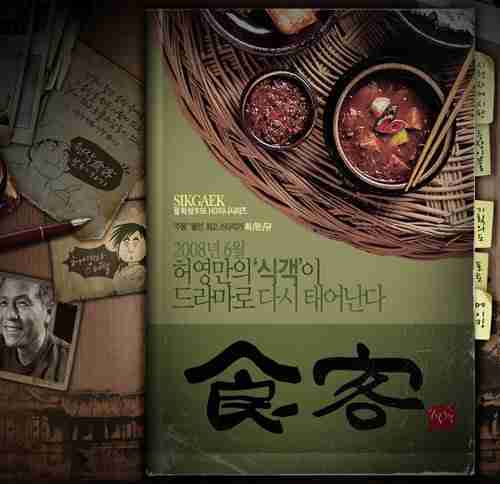 “Sikgaek,” a drama about the culinary rivalry between two chef stepbrothers, will start airing on SBS on June 16th. I’ve seen previews of this one, and despite my general revulsion of the genre, I plan to sit down and watch it. I never got around to watching the big culinary drama “Dae Jang Geum” (“Jewel in the Palace”), which aired in 2003 and brought awareness to Korean court cuisine. So I’ll just watch this one. It’s supposed to deal a lot more with common everyday foods and look into the lives of farmers and fishermen and how the food makes it to the table. I find stuff like that fascinating.

If the plot sounds familiar it’s based on a comic in Korea, and it already spawned a movie last year, “Le Grand Chef.”