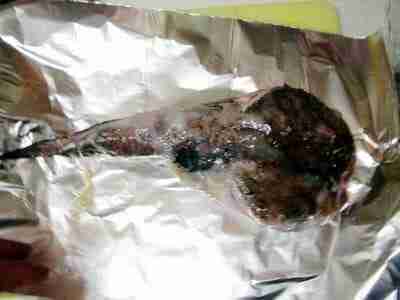 I explored the Anyang Central Market today. Had lots of fun. I wish my brother was here to explore it with me. He’d go nuts.

I made a few good finds, including some great smoked pigs’ feet (jokbal ì¡±ë°œ) and a great deal on tangerines.

But I found these guys on the left at a few seafood stalls. They look like monkfish but smaller than the usual kind I see.

They were split open spread eagle so buyers could see the livers and the roe sacks. 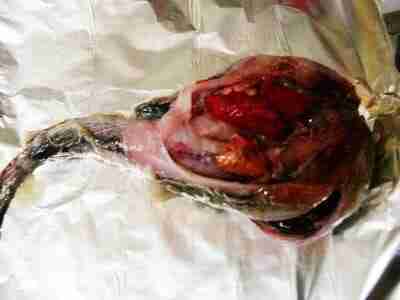 I’ve had monkfish before, and it’s great. I know it’s a great delicacy in New York restaurants. I’ve heard people say that its liver is considered the “foie gras of the sea.”

I asked the vendor how much it was.

I couldn’t resist that. Three of these little buggers for $5?

So now I’m asking YOU.

Give me some ideas on how to cook these little monkfish. What can I do with the livers and roe?