How to make Cajun boiled shrimp in Korea

by ZenKimchi | Jan 29, 2008 | In the Press, Korean Kitchen Hacking, Shameless Self Promotion | 1 comment

From one of my articles in The Korea Herald 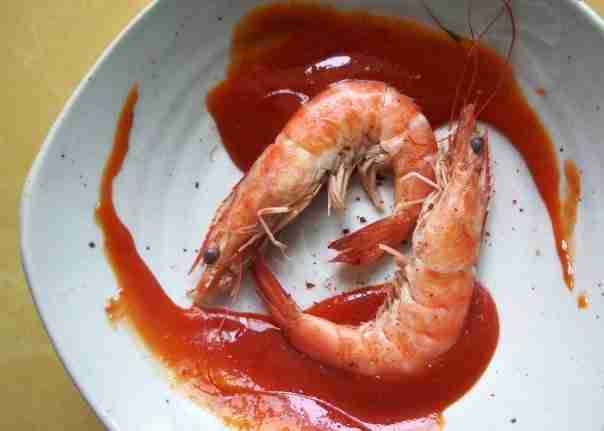 Mardi Gras is coming February 5th this year. It is one of the hardest times of the year for those of us from the northern Gulf coast (Gulf of Mexico, that is). You are more likely to find people who can share Christmas with you than people who know about or understand Mardi Gras.

Also known worldwide as Carnival, American Mardi Gras began in 1703 in Mobile, Alabama, and spread throughout the French territories of Biloxi and New Orleans.

Even though there are no parades, I try to celebrate Mardi Gras my own way, which always involves food and alcohol. A favorite party food is the seafood boil.

A seafood boil is mainly shrimp and other shellfish boiled with corn, potatoes, and onions. Crab boil seasoning is highly prized amongst Southerners in Korea, and people love the opportunity to brag about their stashes brought over from America. If you can get your hands on this concoction of celery seed, cayenne pepper and allspice you’re in luck. A shrimp boil is easily in your future.

Yet it’s not hopeless if you don’t have any crab boil seasoning. You can mimic the flavor fairly closely with ingredients from you local grocery store in Korea. I’ve been experimenting and substituting, and I have come up with a concoction that comes fairly close. The hardest thing to come by was a substitute for the aromatic spices. Most Korean stores stock large rolls of cinnamon bark under the name tonggyeppi (통계피), meaning “tube cinnamon.”

To that I added some fresh ginger, black pepper, chopped sesame leaves, three bay leaves, gochugaru (고추가루) and susam (수삼), a type of ginseng. This is all stashed in a mesh stock infuser that looks like a giant tea ball. Put that in a large pot of boiling water, along with a cut lemon, chopped celery, some salt, a handful of garlic and a cup of rice vinegar. Next come the vegetables, usually corn on the cob and potatoes. When the potatoes are soft, add the crabs, shellfish and shrimp. Make sure not to overcook them. They only need a few minutes.

Take out the seafood and lay it on a table covered with newspaper, along with the vegetables. Throw together a basic cocktail sauce. My Koreanized version of the sauce we make in the Mobile Bay area requires a bottle of American-style chili sauce, like Heinz, one tablespoon of prepared wasabi, one tablespoon of lemon juice, and, if desired, a dash of Cajun seasoning and a spot of brandy. Peel the shrimp, dip and enjoy with an ice cold beer.

For dessert, microwave a Moon Pie, called “Choco Pie” in Korea, for ten seconds and top with ice cream. Moon Pies were a “throw” that started in Mobile parades and spread throughout the region. It’s the traditional Mardi Gras sweet treat.

Louisiana native Jennifer Young from the Seoul Survivors podcast has also shared a recipe for microwave pralines using ingredients easily found in Korea. She takes 2 ½ cups (500 grams) of light brown sugar, combines it with a cup (250 ml) of whipping cream and microwaves them for thirteen minutes in a large bowl. Quickly she adds two tablespoons of butter and two cups (500 ml) of pecans or walnuts. She then spoons them on a non-stick pan and chills them in the refrigerator for thirty minutes. These pralines are extremely sweet and buttery and go great with coffee.

She also has a recipe for Rice Cooker Jambalaya, and she will give you the recipe if you’re nice. In the meantime, kick back, dig into some shrimp and let the good times roll.