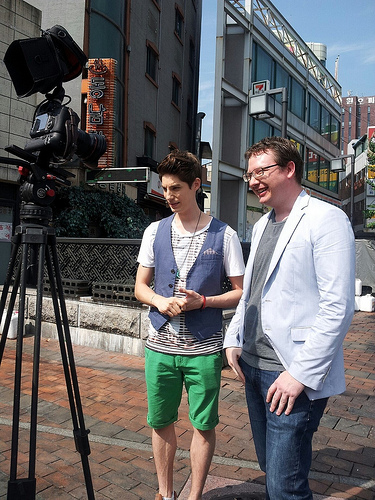 We don’t have cable in our household because we don’t watch much Korean TV outside of dramas and documentaries. The only reason we’d get cable would be to get Olive TV. Starting out as a sort of fashion-lifestyle channel, it’s become Korea’s version of the Food Network. One reason I like it is that its production values are higher than mainstream Korean TV. Instead of childish gimmicks and sound effects, Olive uses nice cameras, lenses, and lighting to create polished shows. That being said, even though Olive’s production values are stellar, my experience with “MasterChef Korea” proved that sometimes their production integrity still needs some work.

I won’t go into that here. Ask me about that offline. 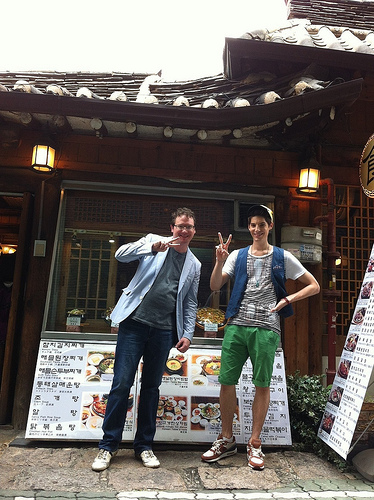 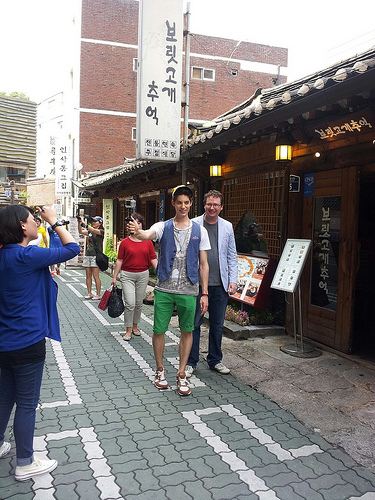 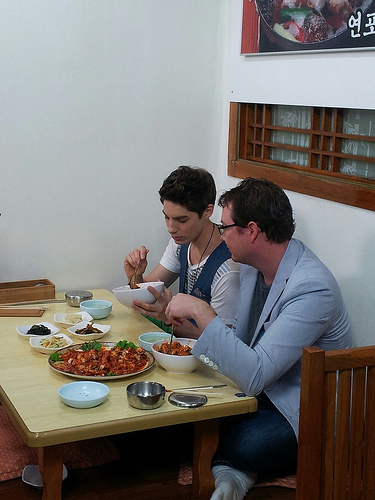 Last week I did have the great experience of spending the day with French actor and model Fabien Yoon (fan cafe) and a great production team for the second episode of his new show “You Can Cook.” The premise is that he doesn’t know how to cook, so he gets foreigners to teach him how to cook Korean food or Korean fusion food. 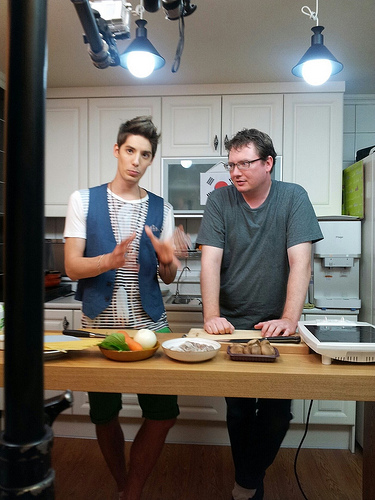 Earlier, the production team interviewed me about my background and my thoughts on Korean food. I was frank with them, and I was impressed that they found ways to incorporate my thoughts in the script. I gave them a few of the more internationalized recipes we have on ZenKimchi. They came back the week before shooting asking if I could make a sort of Nakji Bokkeum Pasta. I replied with a few details I would add to the recipe. The dish itself was a bit of a collaborative effort. It wasn’t until we cooked it on the show that we had any idea how it tasted. Fabien was the first to try it, and he liked it. Then I had a bite.

After filming, the crew all dug in, and there was none left.

Another funny thing is that we filmed the cooking section at the same guesthouse where I did a bibimbap demo for Arirang TV’s website a couple months earlier. It’s called May Guesthouse, and it’s a nice little place to crash in Hongdae.

I want to state again that this was one of the most professional crews I’ve worked with. They were quick, efficient, organized, and wow–they used all manner of cameras to shoot the show. They even had an underwater camera. Check out that set up! 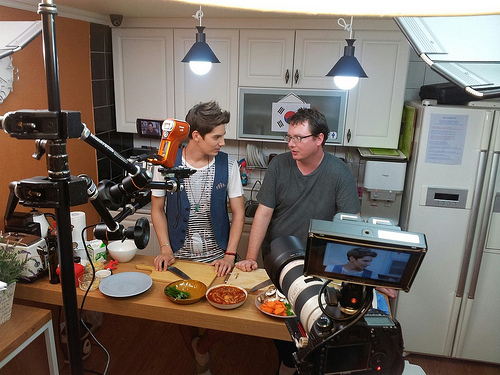 They also edit the whole thing in less than a week.

It airs Wednesday evening at 9:30 and 12:30 and should be online soon after that.