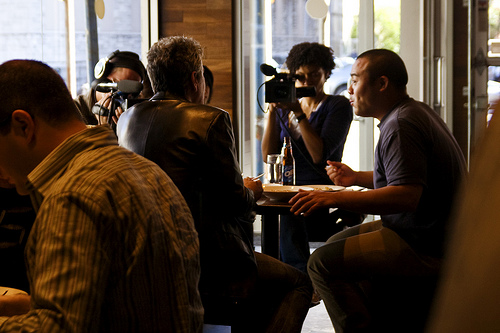 It totally lives up to its title.  I think it’s one of the best Bourdain productions yet, and I’ve been following Bourdain since his first episode of “A Cook’s Tour” on through his Ferran Adria doc and “No Reservations.”

For Koreaphiles out there, he spends some ample time with Korean-American wunderchef David Chang, where they indulge in his many international creations plus his signature BoSsam 보쌈 (drinking OBs, mind you).  OMG!!!  Now I see why New Yorkers pay $200 for this honker!

There are a few other little nods to Korea later in the episode, particularly, Dalk Bal 닭

It also features many of my favorite chefs, including Eric Ripert and Martin “The God” Picard.

Update: Steve helped find a streaming Flash video of it.