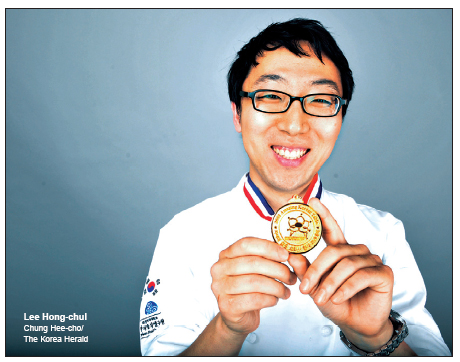 Lee Hong-chul, the team supervisor of the winners of the Young Creative Korean Culinary Competition’s Team Haute Cuisine Challenge, has some wise words to say about the promotion of Korean cuisine abroad (via The Korea Herald):

“Food is not just about the chef. It is about the diner.”

For Lee, domestic as well as foreign consumers need to be taken into consideration and other culinary methods can be used as long as the identity of the cuisine is not lost in the process.

“Right now, young Koreans, who are the main consumers, do not even eat it, so how can we tell foreigners to eat it?”

In Lee’s opinion, it is hard to find slightly more casual and lower-priced hansik restaurants for people to go to on dates or with guests.

“So, although the globalization of hansik is a form of globalization, first we need to eat it ourselves,” he said. “If we eat it often, then diverse ideas, what I mean is, lots of demands will arise … ‘I would like it like this or like that.’ Comments like that will lead to more commentary. The people who make it will try this and that, leading to diverse attempts. So, initially, through this, globalization will happen, step by step.”

1 thought on “Listen to Lee Hong-chul”