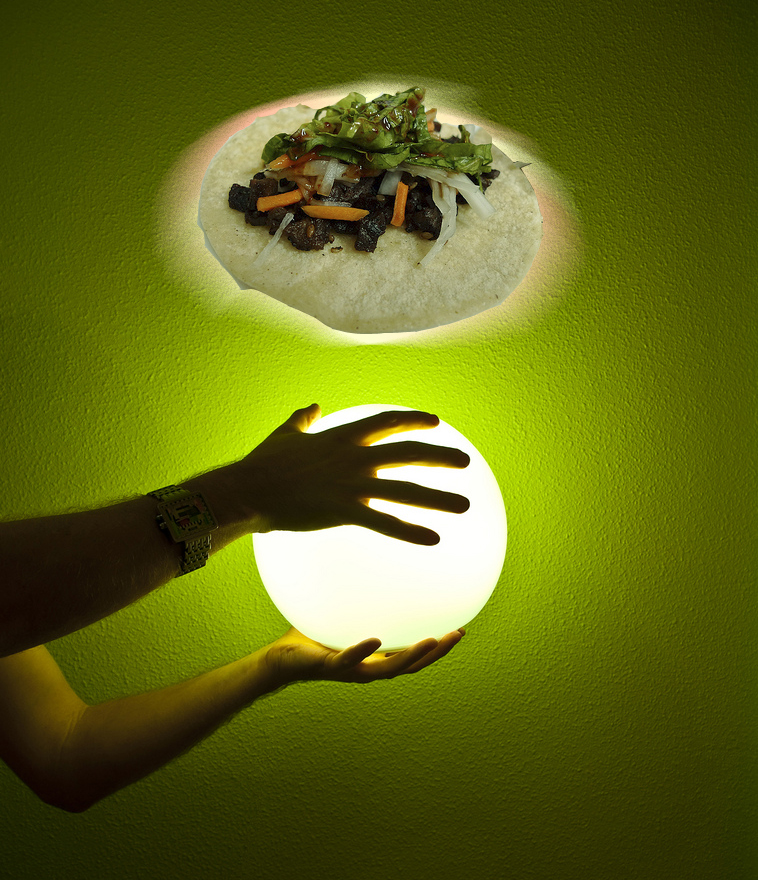 Now that all the yearly and decadely reviews are over, it’s time to take out the tarot cards, the crystal balls and the 800 Psychic Hotline number to predict what will be big in 2010.  Much like last year, Korean food is predicted to be the lone or minority ethnic cuisine to stand out in a time when people will turn more to domestic comfort foods.  But it won’t be in royal court cuisine or “topokki.”

Food industry analysts Technomic predict Korean food will “hit the mainstream” in the form of Korean barbecue and galbi tacos.  Baum & Whiteman are banking on Korean fried chicken–“invisibly coated, amazingly flavorful and fried twice for ultra-crunch.” Epicurious sees a jump in fried chicken in general, too.  But expect competition in the fried chicken frenzy from other cultural variations, such as Columbian, Guatamalan and Malaysian.

There are a lot of haters who don’t like this growing trend.  Just looking at the comments for Bite Club Eats, who included Korean food amongst their predictions, and some people really have a problem with it.  Maybe former or current English teachers.  Maybe Korea’s crooked private schooling system is finally biting the country on its butt after letting so many guest teachers get cheated without considering that those teachers would become influential in their home countries.

The Chowhound forums are leaning toward claiming that Korean food has already peaked on America’s west coast and is gaining steam on the east, especially NYC and DC, and could possibly spread to middle America.  On the forefront, some are speaking of banchan, gochujang replacing sriracha (gochujang mayo?), fusion kimchi, more Korean street food trucks, and “Korean is the new Thai.”

The National Restaurant Association’s Chef Survey: What’s Hot in 2010 has Korean food at 37% “hot trend,” 42% “yesterday’s news” and 21% “perennial favorite.” So maybe there is some credence that Korean food has crested, at least on the west coast and the hardcore foodie front.  But the following predicted trends sound more positive: black garlic, green tea, newly fabricated cuts of meat (could include L.A. galbi), non-traditional liquors (soju is included) and ethnic condiments (gochujang?).

In my opinion, the three-hour lines and the hype over the taco trucks will create a backlash, thus making it a fad.  No matter how good a food is, waiting a long time for it will only set you up for disappointment.  Soju will gain traction.  I wish makgeolli would, but the milky visuals may turn Americans off.  Kimchi will move from fine dining and ethnic restaurants to a few mainstream restaurants–via Korean tacos.  Expect to hear rumors of wild experiments by young chefs, such as grape kimchi and powdered kimchi.  I think Hanu beef is still under the radar but will be talked about in chefs’ circles (it already is), gaining some press maybe in 2011.

So, tell us.  What are your predictions for Korean food and food in Korea for 2010?  Is everyone on the mark or full of oxen manure?