Vacationing on the DMZ Farm

That sounds a bit sensationalist.

Actually, I’ve just returned from spending the night on my friend Yeong-chol’s farm on the Imjin River, which is on the edge of DMZ territory–as in down the road there were signs warning of land mines.

The area out there is pastoral and gorgeous.  I think the added threat of danger heightened the senses enough to make the colors more saturated.

Since I’m on vacation, I got lazy with the pictures.  Do I have to take pictures of everything I eat? 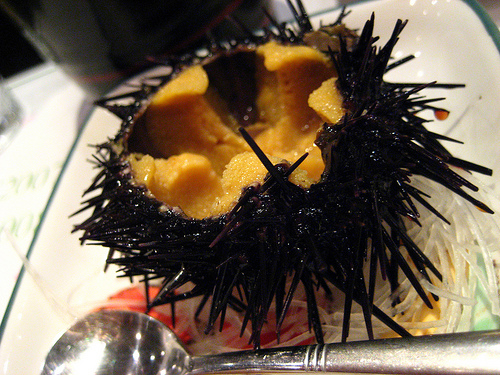 Well, I did eat this.  More on that later.

Yeong-chol called me Sunday and asked if I’d like to head out there Monday.  I had been wanting to get out into the country this summer, so I accepted.  We went down there with his family.  Even though it was just for a night, we did a lot of stuff.  Here are some highlights.

We had actually planned to go to a DMZ lookout point and check out some horses, but obviously we ran out of time.  So, how was your weekend?