I’ve gone back to trying to watch “Shikgaek,” or as the English blogs now call it, “Gourmet.”

So get ready for a little snarkfest. Dramabeans recently posted some recent food captures from the show. Let’s look at them. 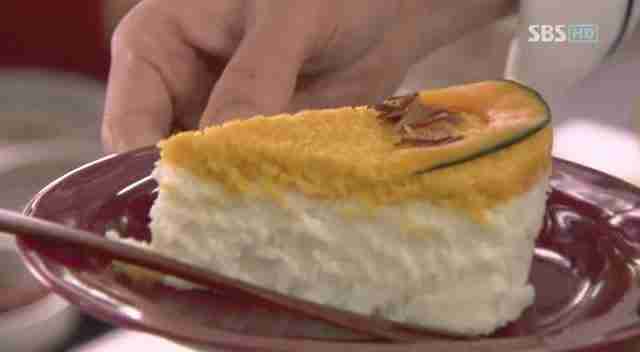 Here we have a Pumpkin Cheesecake, straight from the local Paris Baguette, complete with chocolate shavings. I’m suspicious on how well chocolate works with pumpkin, but chocolate shavings always mean “gourmet.” And it wouldn’t be a pumpkin cheesecake with out a slice of it on there. 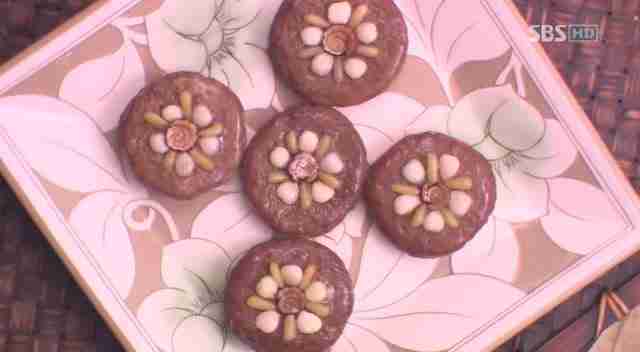 Look pretty. Betcha they’ll break half your incisors. You know they whipped the cookies up quickly and spent hours putting all the nuts on with tweezers. 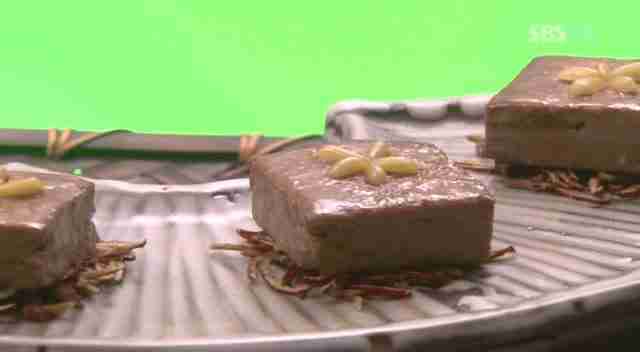 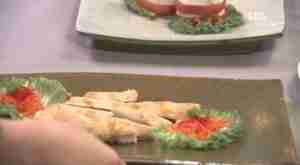 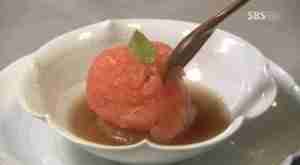 My guess is that it’s a Watermelon Granita (basically shaved watermelon ice) in a bowl of iced tea with a single spearmint on top. I’m scared to guess what the amoeba like creature is hiding under the frozen watermelon. I believe it’s waiting to jump out and latch on the diner’s face as soon as his spoon touches it. 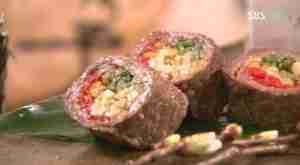 Kimbap! With beef instead of seaweed. How creative! Like German Rouladen but–KIMBAP.

What will they think of next? </sarcasm> 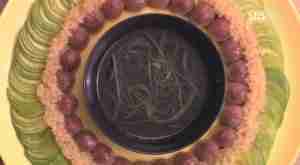 Oh, the concentric circles idea. That always worked in ’60s haute cuisine (did I make that comparison before). And we have what I guess is a minimalist clear consomme or water with grass trimmings in it. Reminds me of something I saw in the Gallery of Regrettable Foods. 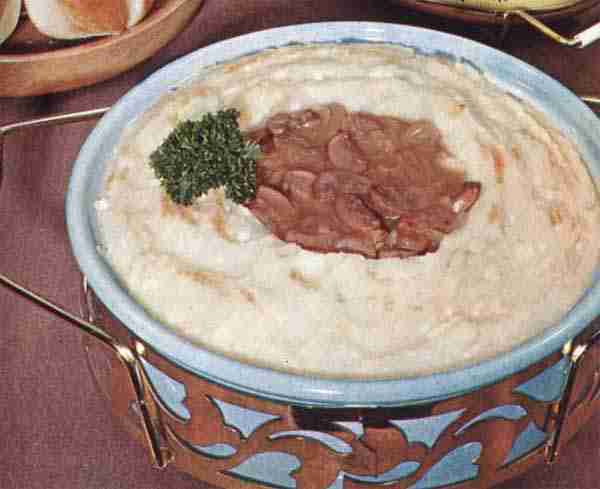 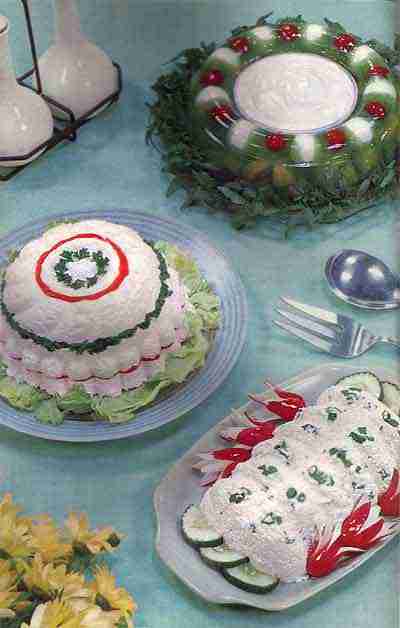 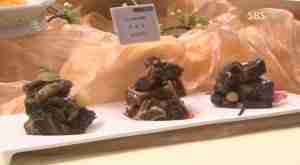 When you take your dog for a walk, why bother scooping his business in a plastic bag? Serve it on a plate in front of a prom dress. 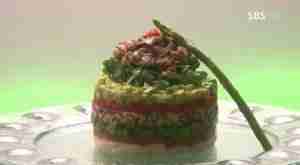 I guess we’re tackling the classic French Napoleon. Or it’s a hamburger that someone pushed through a cylinder and leaned the Saddest Asparagus in the Worldâ„¢ on it. 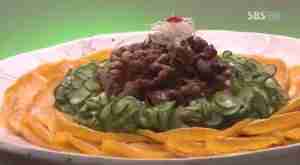 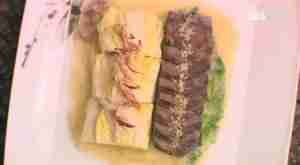 Oh, here’s a classic. Beef and Cabbage. Again, I think they’re ripping off a page from the Gallery of Regrettable Foods. 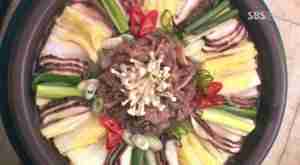 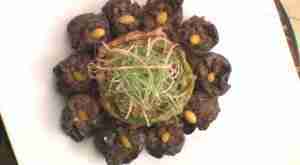 Cow Patties and Grass Clippings. Are those mushrooms growing on those cow chips? 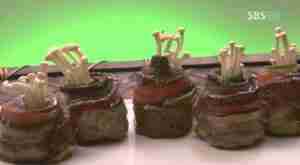 Maybe not, but they’re growing on these. 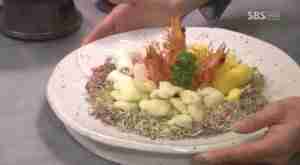 “HELP! Get us out of these concentric circles!” 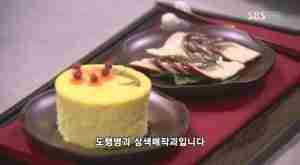 A Sweet Potato Cake, from either Paris Baguette or Tours le Jours, with Unnamed Sea Creatureâ„¢. Always an enticing combination. Don’t forget the berries, carrots, cucumbers and twig placed so skillfully with tweezers. 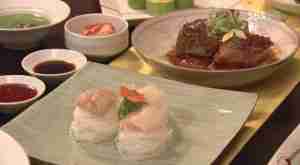 Okay, Raw Fish on Rice Noodles. Looks like a firm one, like monkfish. Actually, that’s a pretty good idea. 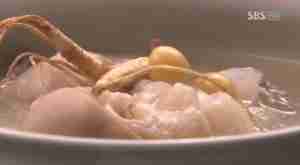 Oh, we gotta finish with the Samgyetang. I don’t see how the chef’s Samgyetang is different than my local restaurant’s Samgyetang. I guess they convey how it’s different and tasty by inserting that bubbling sound effect they always do in Korean food commercials.

So, what I’m getting from this show is that Korean gourmet cuisine needs to