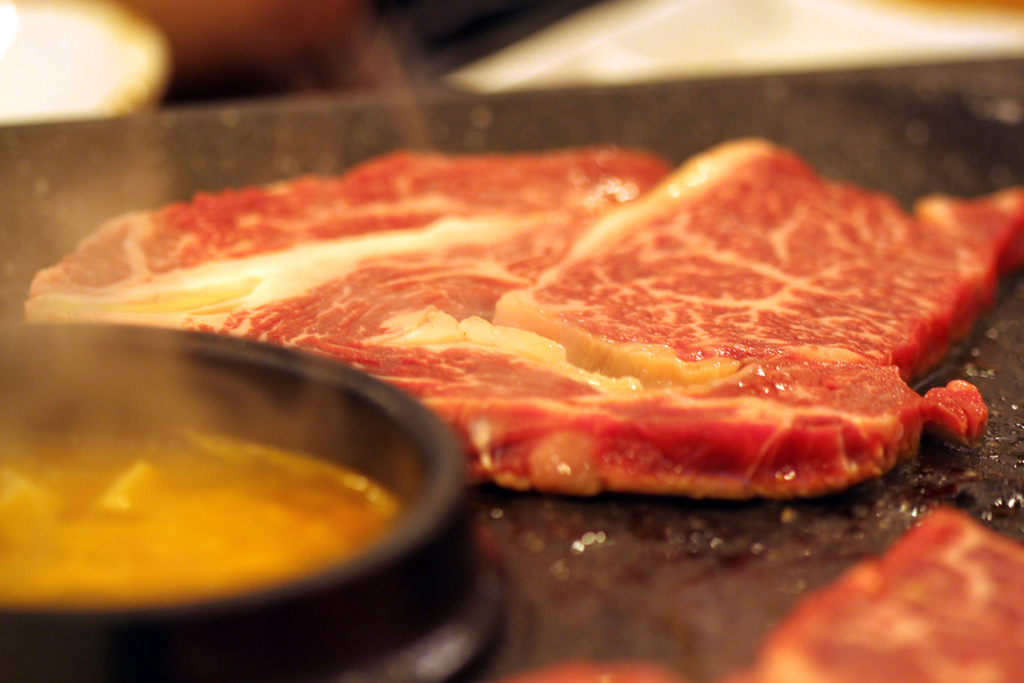 Han-oo Beef cookin' away at Uri Boriso Maul in Anyang

Everyone’s in vacation mode, and I think we’ve been a little guilty of it ourselves at ZenKimchi. We have a lot going on in the background. Well, not a LOT lot, but there’s a lot of busy-ness. I guess that’s why they call it “business.”

A little banchan to start the week.

You can find out more banchan as soon as we get it by following us on Facebook (facebook.com/KoreanFood) and on Twitter (@ZenKimchi). Also sign up for our newsletter on the right column for even more news and tips.