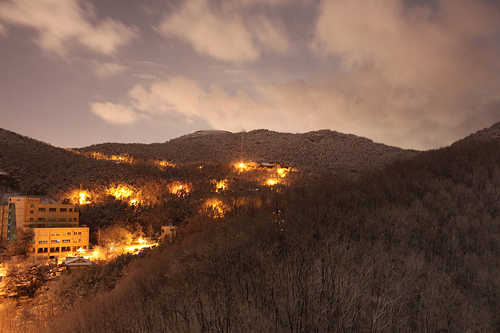 Night shot of the snowy mountain outside my apartment

The Mariah Carey music gets louder as the Christmas cake displays pile on outside any business with an oven or ice cream freezer. Even Cold Stone has gotten into the act this year. Downtown Seoul is even more lit up than last year, and Coca-Cola has taken over Gangnam. To all the complainers that Christmas gets more and more commercial, the west can never beat Korea.

Here’s some banchan for your stocking:

Are you ready to TROT???