Jian at the Cat Cafe

This is one of those unique finds in Korea. Pet ownership is a relatively new concept, so some cafes have opened up that have cats for people to pet and play with.

I took the family up into Seoul to Myeong-dong this past weekend to see an expat production of “The Wizard of Oz.” This was Jian’s first trip to Myeong-dong and EJ’s first time here in years. Part of this trip was to prove to EJ that Jian was old enough to take on city excursions. I think I succeeded in this. EJ realized how much she missed this area–her clothes shopping paradise.

We had been wanting to take Jian to one of the handful of cat cafes in Hongdae. We saw a person dressed in a cat costume advertising a new cat cafe in Myeong-dong, so we checked it out after watching the musical. 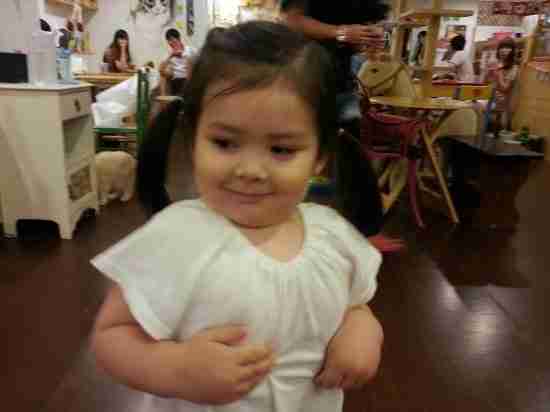 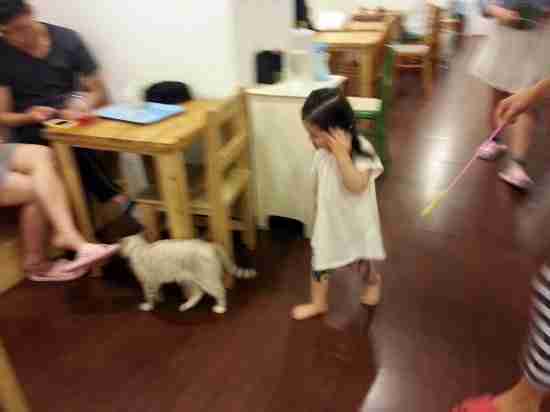 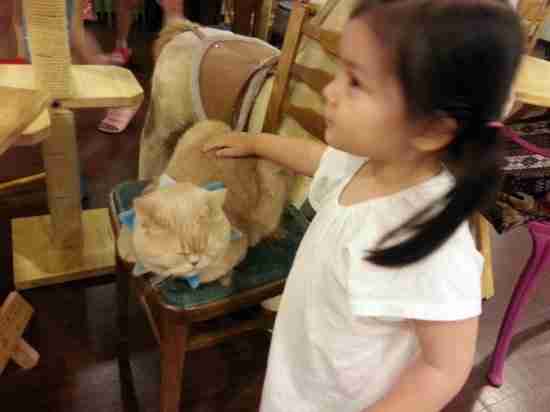 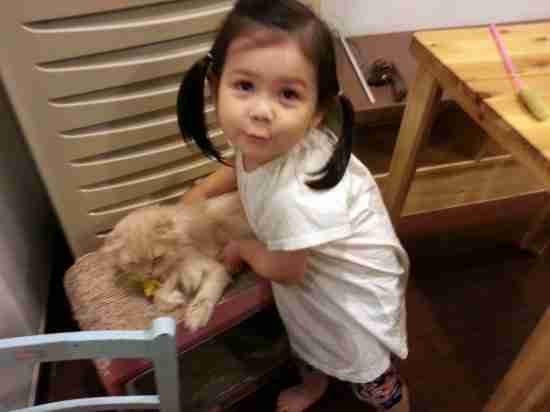 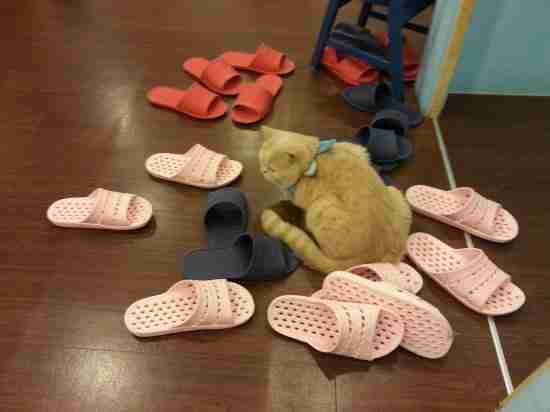 At cat cafes, you pay a sort of admission fee–after a thorough disinfection ritual at the door. This usually includes a beverage of your choice. You can even buy some cat treats. There are some rules to follow as well. A lot of them. But they’re mostly common sense, such as don’t surprise them, don’t pick them up, be excellent to each other, party on dudes. There are also some toys to taunt the kitties with. When we were there, the felines were more interested in ignoring everyone. In fact, after Jian had been there for five minutes, the cats had mostly taken to the high ground. After a while, she decided to be a cat herself.

The customers were more entertained by Jian. Maybe we should open a Jian cafe.

1 thought on “Jian at the Cat Cafe”