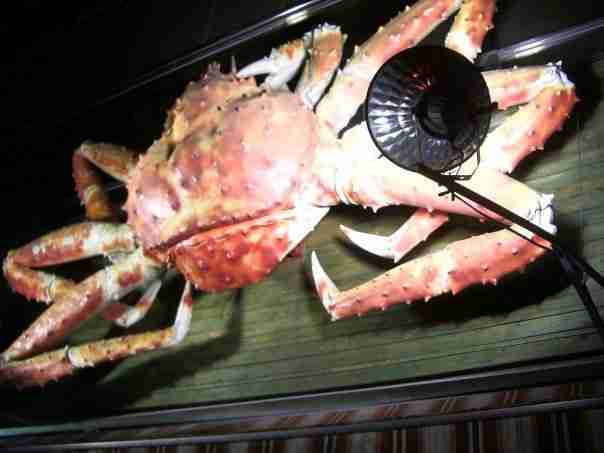 I pass by these restaurants with the giant crabs on them all the time in Korea, and I’ve seen them in Japan. I haven’t gone to one yet because they are prohibitively expensive. I’ve had what Koreans call dae ge 대게, or big crab. That was from a street vendor (one of the earliest Food Journal entries) and wasn’t that good in hindsight. Eun Jeong just said, “Let’s eat king crab,” last Sunday. I think she saw them on a program, and she couldn’t get them out of her mind.

The one she had originally wanted to go to had closed and re-opened as a SeollongTang joint. I knew of another one that I pass by every day on my commute. This was one of the larger restaurants and had the largest king crab tanks I’ve seen in Korea thus far. 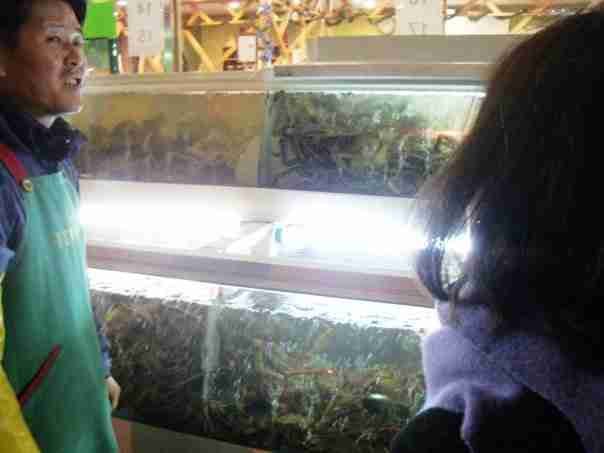 Before we sat down, they led us outside to choose our crab. The crab man took one out and weighed it. 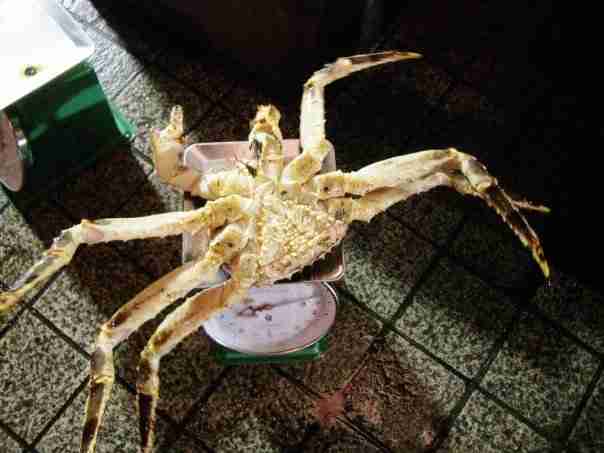 “I’m an expensive little mo fo–you’d better leave me alone. Hey, where are you taking me?”

I didn’t get to see the rest.

They led us back inside to a private room. They laid out the banchan and advised us not to eat much. The crab was going to be a lot. We were both hungry and couldn’t resist, though. The banchan was all good. It better be for that price. 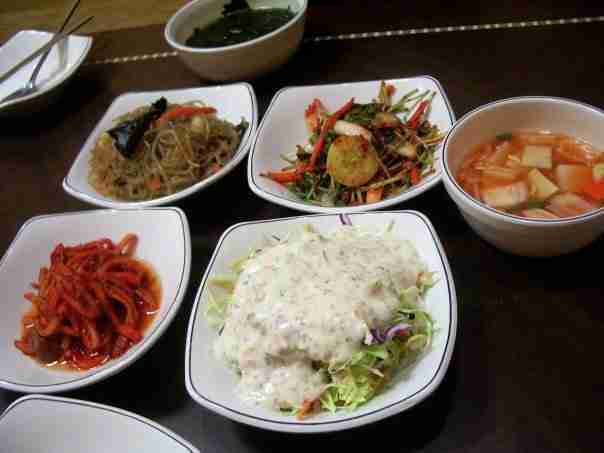 There was some Japchae, 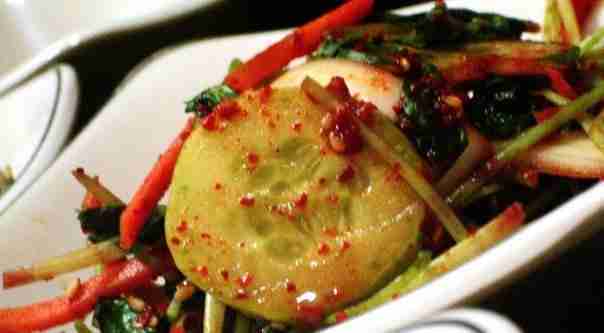 an herb salad with an arugula-like herb I’ve been meaning to find the name of, water kimchi ë¬¼ ê¹€ì¹˜, a simple salad with (for once) a decent cream dressing, and 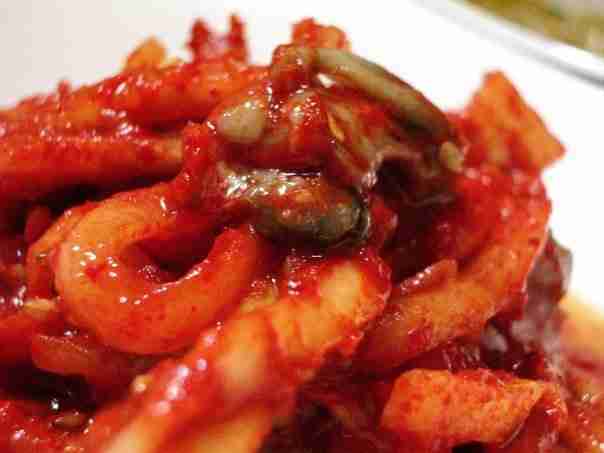 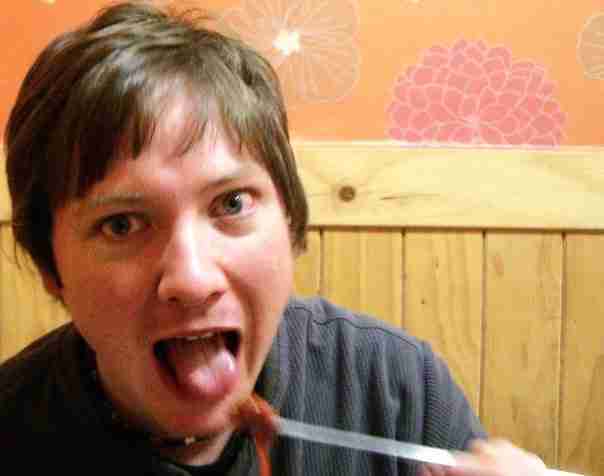 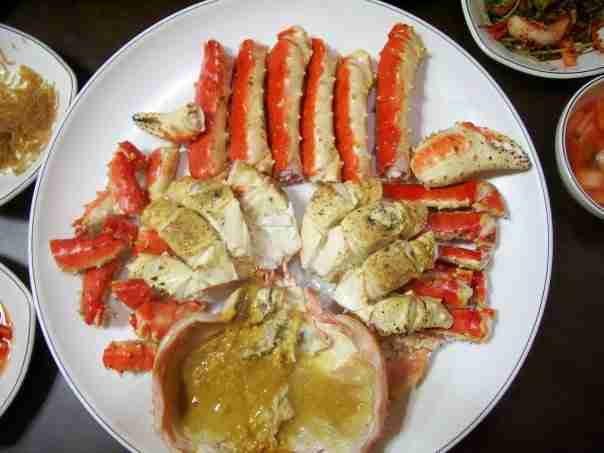 The crab finally arrived. As you can see, they hacked it up into easy-to-handle parts. They even reserved the “good stuff” in the head shell–the crab butter. 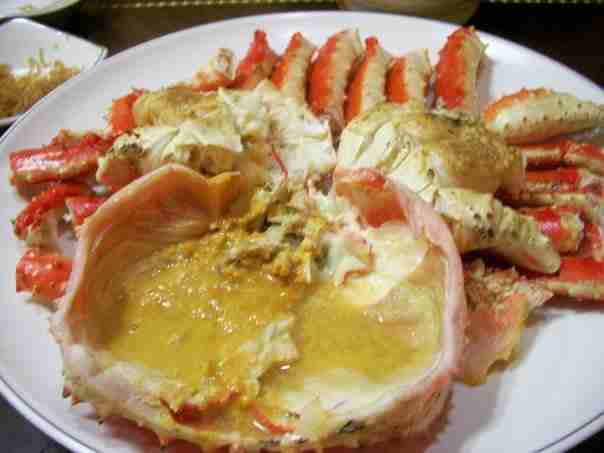 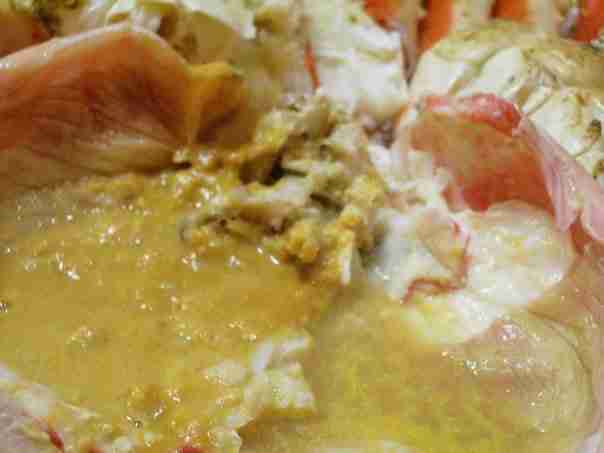 If you’re squeamish about the crab butter then you’re a wuss and don’t know what you’re missing. That’s the best part. 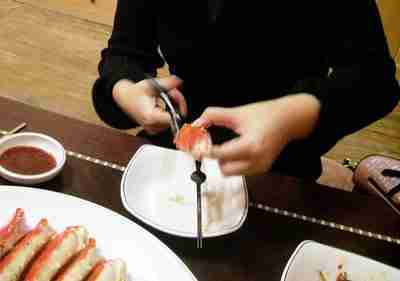 There are no awkward crab crackers at Korean crab restaurants. There’s a more practical solution–scissors. Why squeeze a shell and get juice in your eye with bits of cracked shell in your meat? You can easily and cleanly open the shell with scissors. There also was a convenient crab fork for pulling out the other parts. Eun Jeong went crazy for the crab meat immediately. 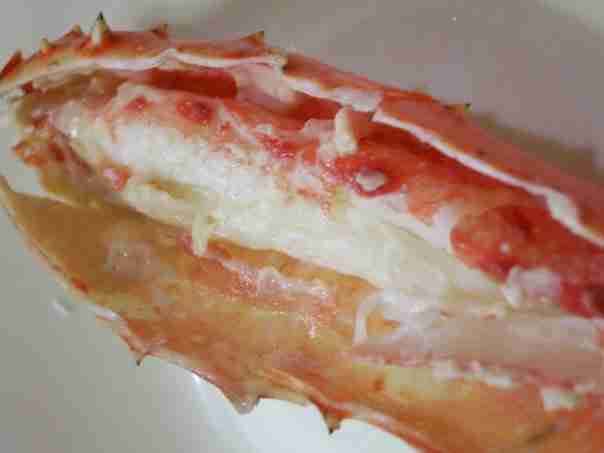 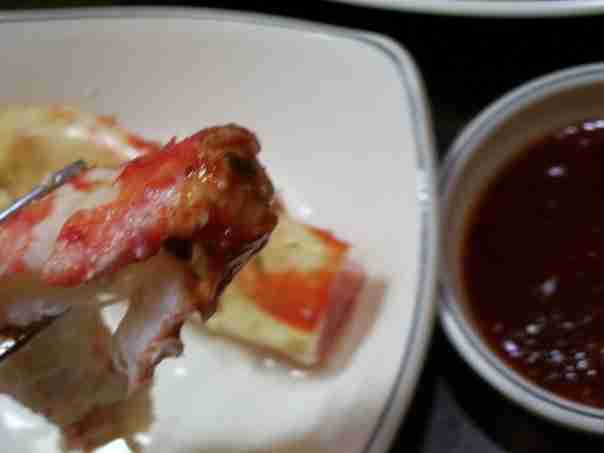 There was no drawn butter. I love that with crab and lobster. But they did have a good dipping sauce that was sweet and tart and oniony–very similar to some Cajun hot sauces I liked back home. We both dispensed with the sauce. It was better by itself. 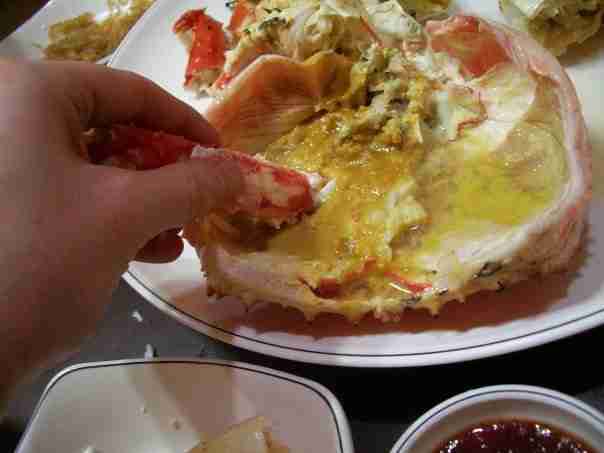 Besides, the best sauce was in the head shell itself. 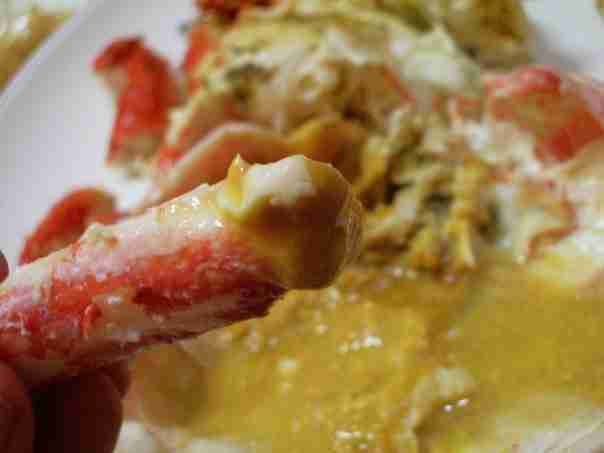 We ate a good bit of it. The side dishes worked well with the crab. Being a deep sea denizen, it’s full of white creamy fat and gets rich on the throat quickly. The astringent Korean side dishes helped balance it. We asked the staff to wrap it up for us but not before they did this. 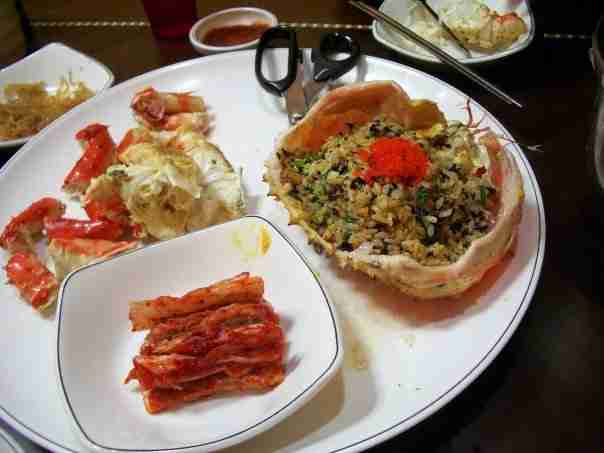 They took the head shell and the yummy stuff inside and made a fried rice topped with flying fish roe. Accompanied by a good kimchi, it was amazing. 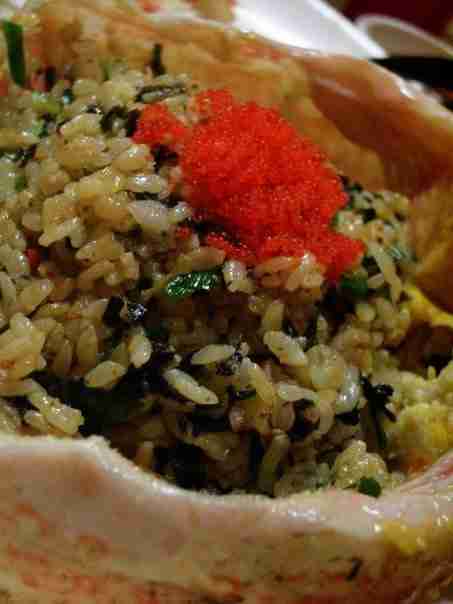 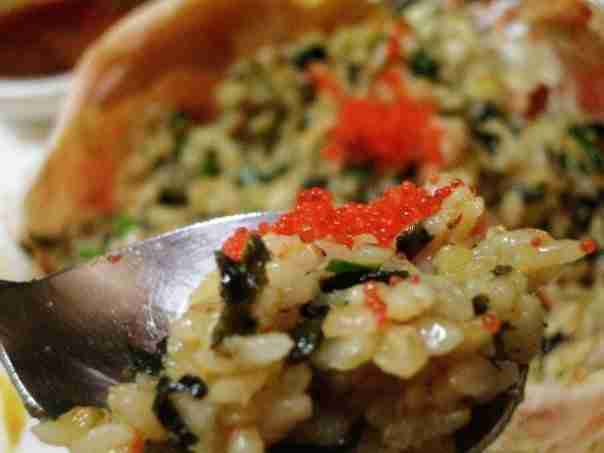 We finished all the rice, and they packed up the rest of the shells. The next evening, I was able to finish them off–this time with butter.

Here is some more Korean king crab footage I found on YouTube.