Based on Tammy’s and Seoul Sub–>Urban’s posts, I wanted to check out this “Bomb Rice” Poktanbap 폭탄밥 in Noryangjin. I was in the area anyway. To find it, leave Noryangjin Station (line 1) and cross the overpass away from the fish market. Turn left, and head towards a row of street food vendors. The Bomb Rice is in front of the McDonald’s. 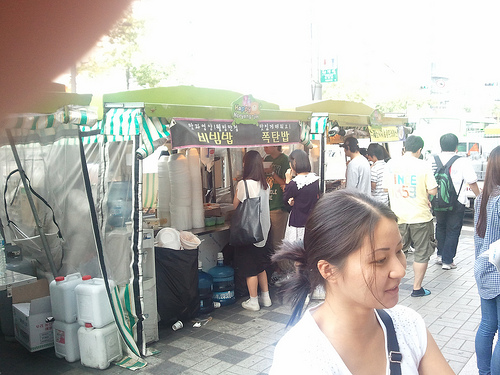 But the entire row of vendors was interesting itself. One criticism–or disappointment–people have of Korean street food is that even though it’s good, there’s little variety. Every vendor basically sells the same stuff–odeng, sundae, twigim, ddeokbokki with the occasional hoddeok, bungeobbang and egg bread stand. Like the apartment building architecture, Korean street food is just factory stamped copies of each other.

But this place is different.

They had the tried-and-predictable standards, but there were also vendors that sold fried rice, deopbap, omurice, hot dogs, little rice balls, curry ddeokbokki, and there was the lady who sold bibimbap and Poktanbap. 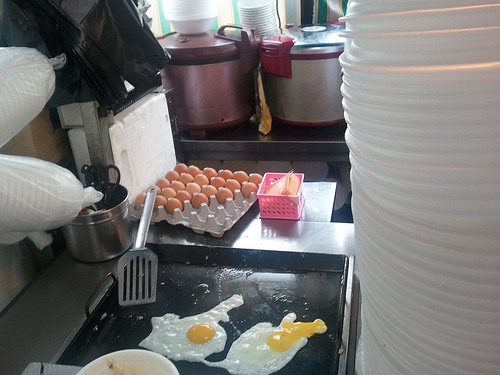 I ordered the small “botong” bowl for W2,000. She warned me it was spicy, and I told her it was okay. I had prepared by getting some drinks at the local GS25. She got a small styrofoam bowl and filled it with a scoop of rice, topped it with a slice of American cheese, ground beef, crunchy flying fish roe, roasted seaweed confetti, fried seaweed, two spoonfulls of gochujang, crushed walnuts, a pinch of shredded coconut, and a gorgeous runny fried egg she grilled on the flattop per order. 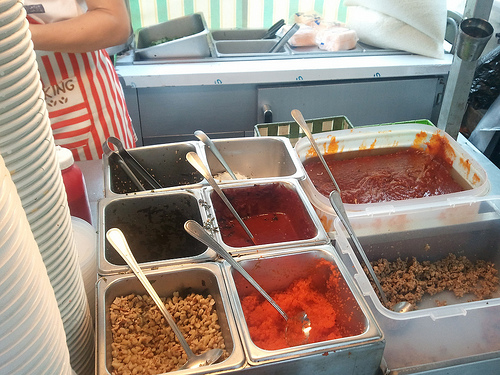 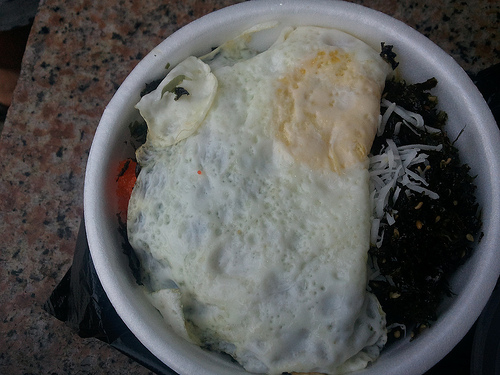 I sat down on the stoop in front of McD’s and stirred it up. Took a big bite. It was HOT! Deeply and pleasantly hot. The coconut was a surprise, but it was such a small presence that it subtly smoothed out the other ingredients. The fish roe kept it interesting with its crunchiness. Compared to much street food and fast food, it was relatively healthy. And my stomach was burning the rest of the day. I want to go back and have another. I think a small bowl is all you need. 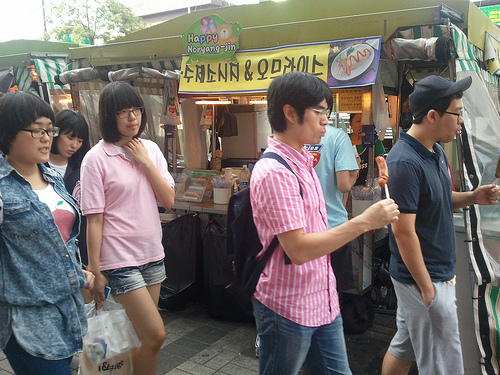 But get this, even though this area was different, it was popular. I think it’s also located near post-graduate cram schools for people training to be lawyers and such. It was all college-aged kids, and they were standing in line for these items. In Korea, the university areas are the breeding grounds for new culinary ideas. New foreign franchises tend to open near the women’s university because, seriously, more Korean women overwhelmingly occupy new types of restaurants than men. But this area was well represented by both genders. 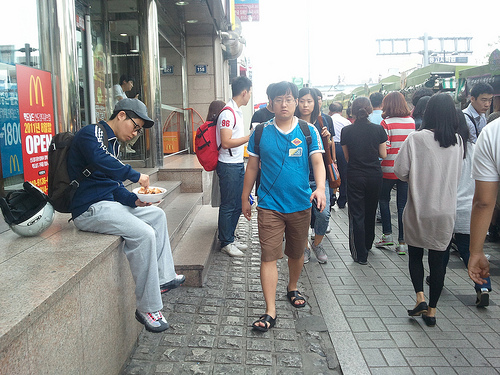 Is it an anomaly or a sign of things to come? I hope the latter. 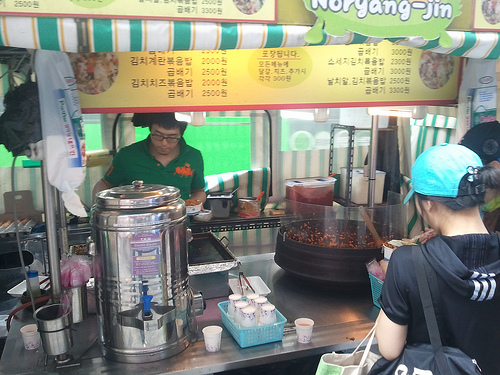 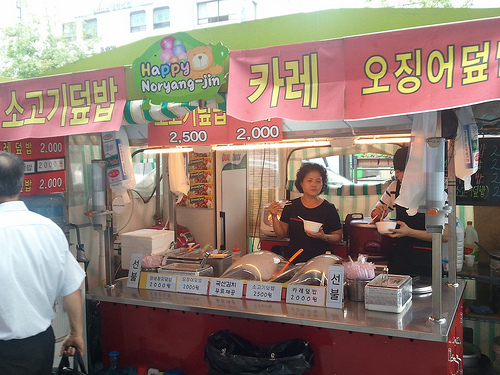 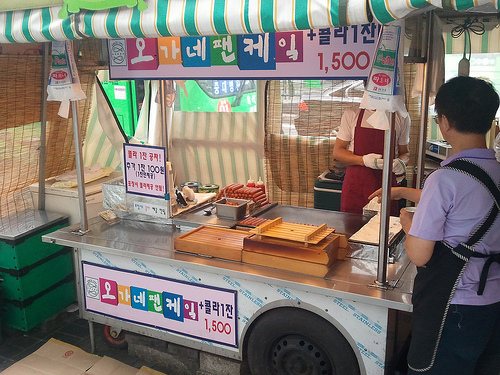 Says "Oga-ne Pancake" but has hot dogs. Need to investigate closely next time. 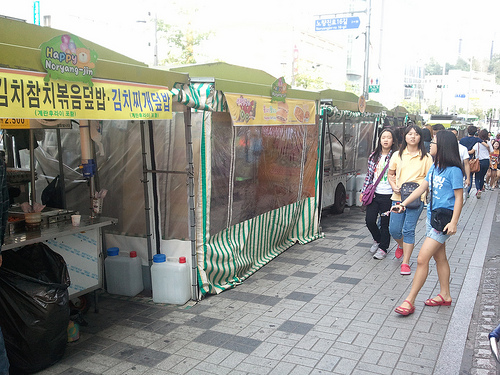