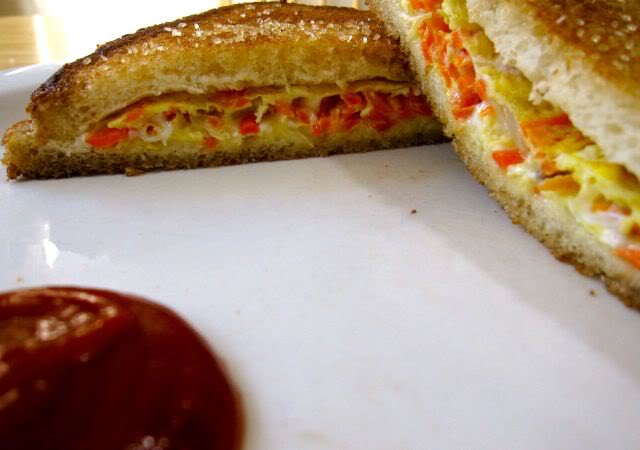 Ketchup on the side is totally optional but kid-friendly. (Photo by Tammy Quackenbush)

Korean fusion cooking is not a one-way street where Westerners tinker with Korean dishes to make them more appealing to Westerners. Koreans also have “fusion” recipes, in which they have Korean-ized either Western or Japanese dishes. 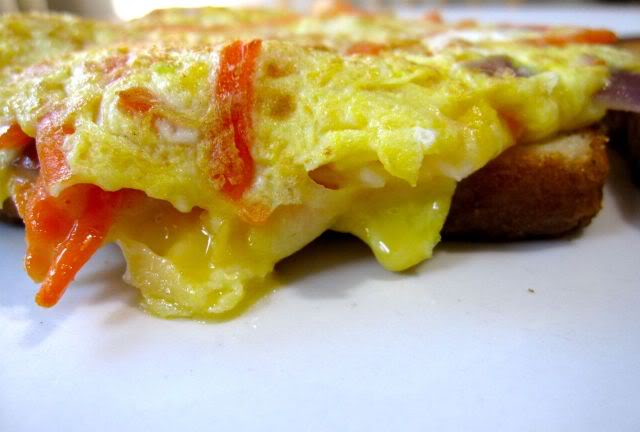 I lightly sauteed the vegetables before adding the egg. I lightly cooked the egg but feel free to cook it as hard as you want. (Photo by Tammy Quackenbush)

One of the more recent Korean fusion recipes to hit the street markets of Seoul and other major cities in the country is the Korean egg sandwich. Commonly called 토스트 toseuteu (toast, transliterated) or 계란 토스트 gyaeran toseuteu (egg toast), it is similar to an American fried egg sandwich. Yet the addition of cabbage and a sweet dusting of brown sugar are tasty Korean additions. You might also think of it as a portable Osaka-style okonomiyaki between two slices of bread. Even your cat might want some. 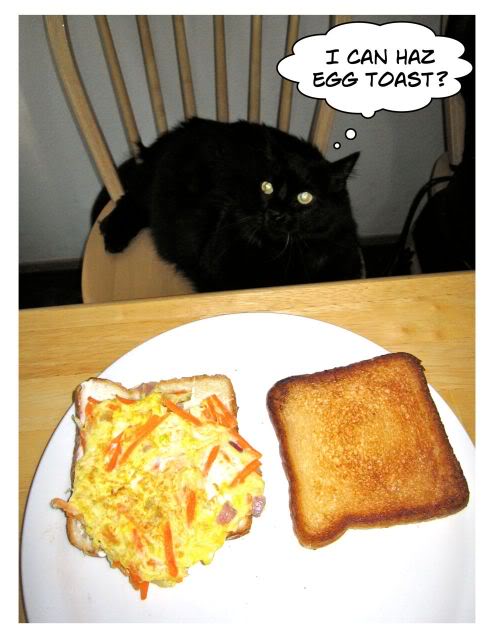 Here’s the recipe for two servings:

4 slices bread (to be authentically Korean, it must be white bread.)

Even though the measurements seem precise, it’s ok to measure out the vegetables and sugar in “pinches” or “dashes”, which is what I did when making this for you.