People who know me well here know that despite my love for Korean food, there are a few items I’m not a big fan of. I don’t like the rice water that is made by pouring hot water into the remains of hot stone pot rice. Seaweed soup (MiyeokGuk) is not something I drool over. And I am usually ho-hum about Ddeok, the chewy rice cakes.

I think Ddeok has its good applications. I like it in soups and in Dalk Galbi. I don’t like it in sweetened confectionery form, like Songpyeon. I guess it’s a result of getting sick from making lots of them for Chuseok when I taught Korean kindergarten.

Regularly on the street, I had seen logs of Ddeok roasting on hot rocks. I wondered what was so great that people would actually pay money to eat them.

This weekend, we went to a wedding out of town. On the bus ride back, we made a pit stop at one of those great rest areas that I love in Korea. They’re mini tourist traps, and they’re a lot of shameless fun.

I was craving a corn dog coated in French fries, but they didn’t have them there. I noticed the grilled Ddeok stand. I asked Eun Jeong what those were like.

“I don’t know. I never tried them. They’re strange.”

Really, huh? Then that settles it. I gotta get me one and see what’s so special about them. 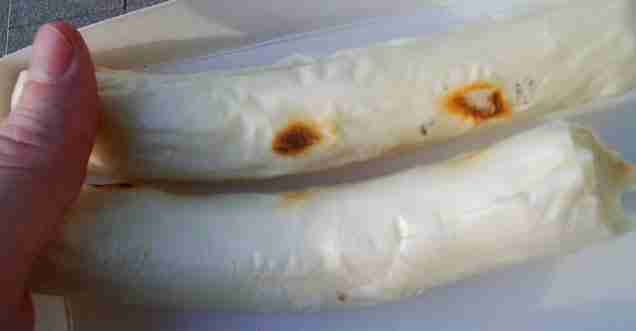 The grilled Ddeok came in a set of two. They were nice and toasty. They smelled nutty like popcorn. 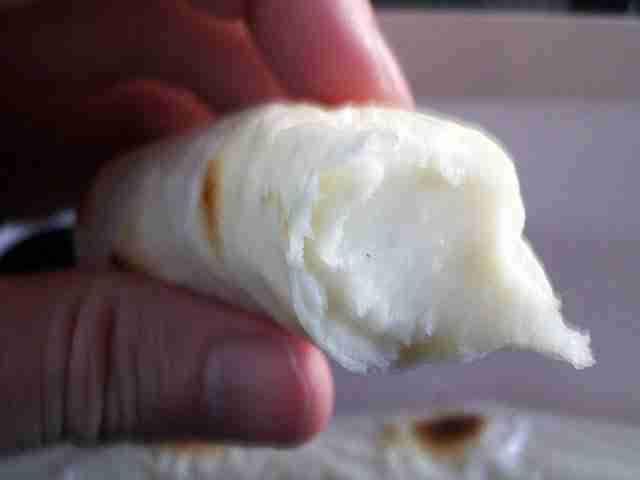 I took one bite and was surprised that the outside was crispy while the middle was light and chewy (not heavy and chewy like other Ddeok products I’ve had). It honestly reminded me of the taste and texture of the large pretzels in Germany. All it needed was some coarse salt and some mustard — or even better, a drizzle of sesame oil.