My apologies to Andrew Zimmern and the crew of Bizarre Foods.  I had no idea this existed until this week.

I called my friend Soo-jung to tell her the Bizarre Foods episode was coming out.  She’s the one who introduced me to fermented skate and subsequently ate it with Andrew on the show.  She told me we should meet up this Friday with her golf buddies.

“You ever have horse meat?”

I met her friends at a little second floor restaurant in a building I regularly go to for buying ESL books.  Never noticed it before.

When I sat down, her friends were already eating some pork.  Yet a plate of Mr. Ed was also sitting out, ready for grilling.  Now, if I didn’t tell you it was horse meat, you’d drool.  Look at it. 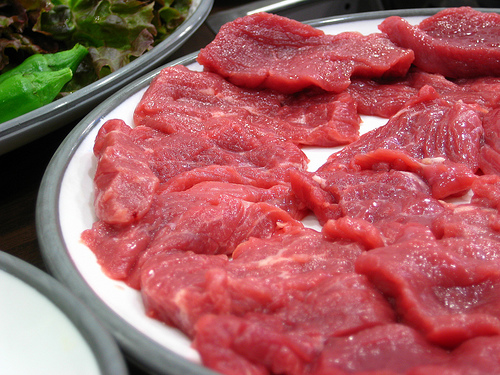 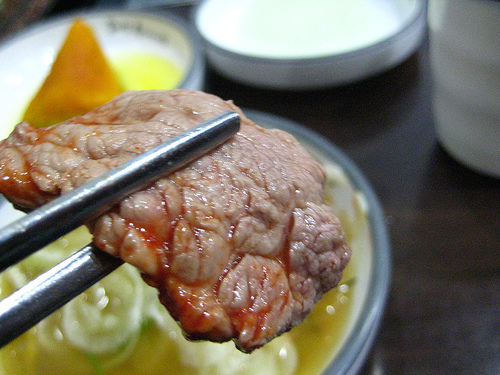 When grilled, I dipped it in a little vinegared pepper sauce.

I was expecting something gamey, like lamb.  But it was like a straightforward beef.  I was struck by how tender it was.  I didn’t ask what part of the horse it came from, but my guess is the tenderloin.  Strong red meat flavor.  But I had to be more certain.  There’s only one way to find out. 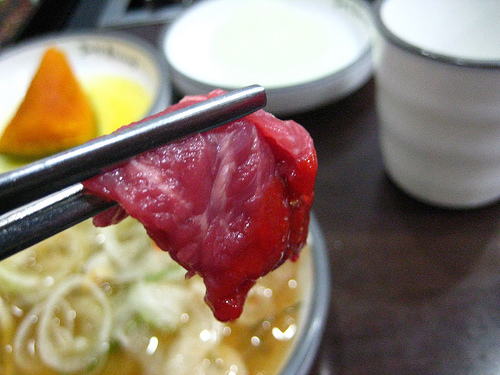 Look how little fat is there!  It tasted like the reddest tuna and was almost as soft.  Not much chewing going on there.

Yet being as clever as Koreans are, I couldn’t resist the horse meat being transformed into one of the greatest dishes of Korean cuisine… 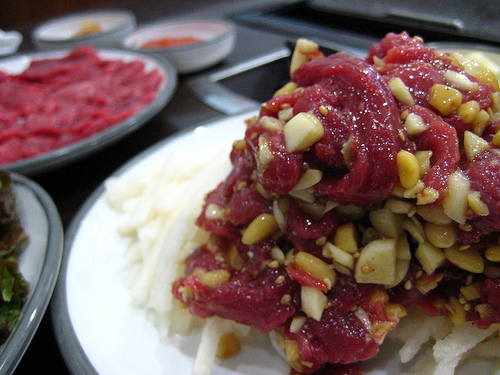 I’ve said before that Yuk Hui beats the pants off of any Parisian steak tartare.  In this case, the horse meat is sliced into ribbons and mixed with sesame oil, big chunks of raw garlic and pine nuts served on a bed of julienned Korean pear.

Fruity.  Nutty.  Garlicky.  Many layers of flavors with that rich iron beefiness.  The mouthfeel was chilly, soft and slippery with the sesame oil.  It was so slippery that it was hard to chew without it just sliding down my throat.

I ate so much of this, that Soo-jung’s golf friends just put the plate in front of me to finish.

Then came another great surprise. 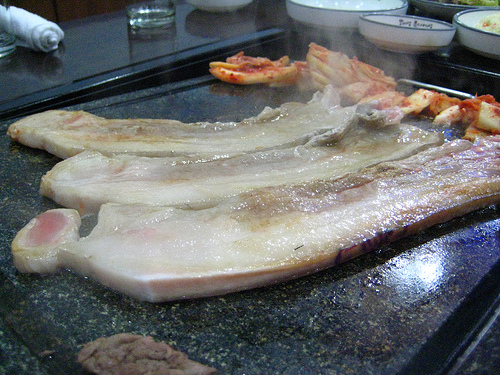 But Joe, that’s not anything special.

I was disappointed–okay, relieved–to again confirm that none of these pigs fed off of human feces, like the name implies.  It’s more of a name given to the black pigs of Jeju Island. 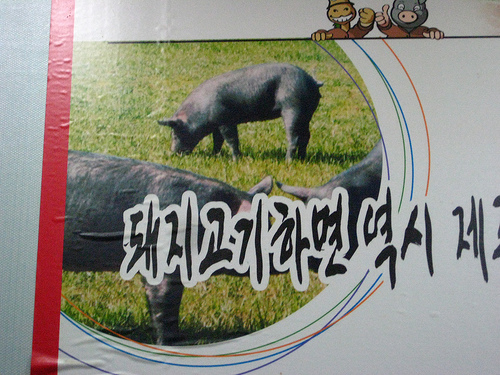 The owner had sat down with us and told me that there is such great competition amongst Jeju pig farmers that they really take care of their pigs.  They’re free range and live like pigs are supposed to live.  Happy pigs. 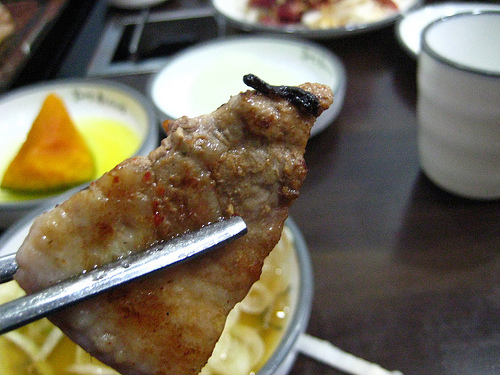 See that?  That’s a happy pig. 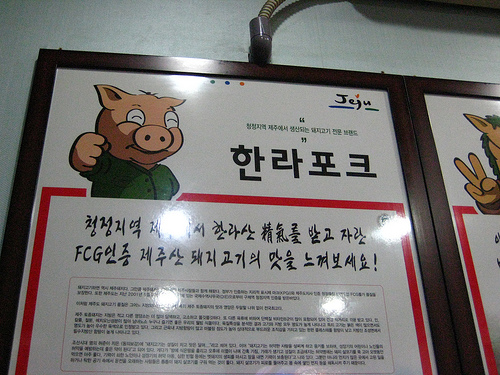 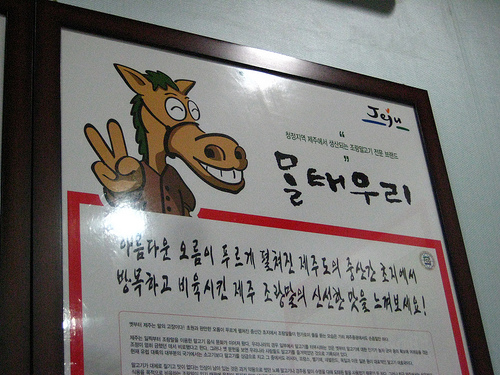 I went back to the building and found out the name.   Look in the comments for directions.  Or rather, go out exit one.  Pass NC Department Store.  Cross the street and cross left, in effect, going diagonally.  Look for a Family Mart.  It’s on the second floor of that building with this sign. 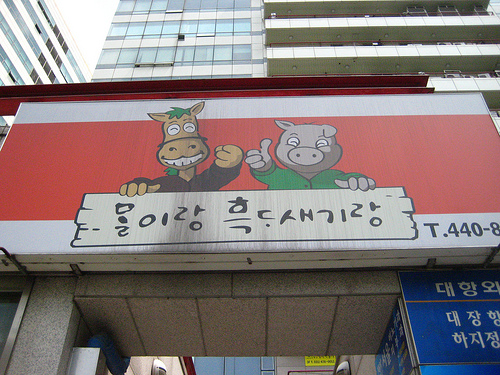