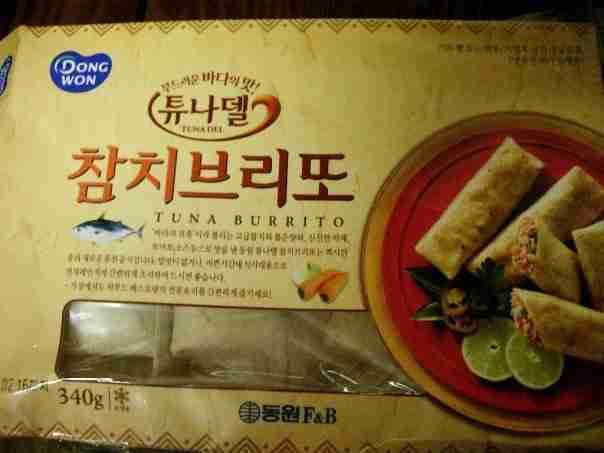 Saw this at E-Mart the other day and had to pick it up. It’s the first indication that Mexican food is starting to get accepted at the supermarket level. Granted, tuna burritos are hardly Mexican. It’s just the fact that there’s a product there wrapped in a tortilla that is called a “burrito,” as in the manufacturer felt that Koreans were familiar enough with Mexican food to understand what a burrito was.

I also picked up a bag of Korean “meatballs.” 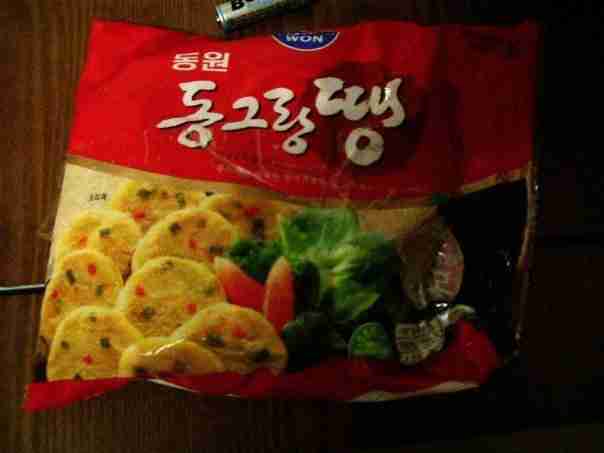 They’re not literally balls — more like little hamburger patties made with pork, vegetables and seasonings. They’re actually pretty good. I’ve had them at lunches at some of my previous schools. I had never made them at home.

Cooking everything was a no-brainer. Just pan fry the meatballs with a little oil. Heat the burritos in the microwave for three minutes. Then finish them off in the pan with the meatballs. 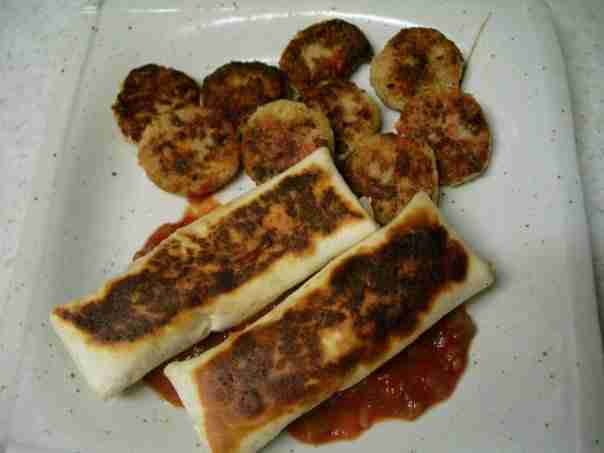 I served the burritos with a little salsa.

Not bad. Not great. The tuna was more of the canned tuna variety, and the interior was a gooey mess like American frozen bean burritos. They didn’t have a strong tuna flavor. The meatballs were also not too bad. They tasted like miniature meatloaves and would go well with ketchup.

Korean frozen meals. I hope I’m not starting a habit.