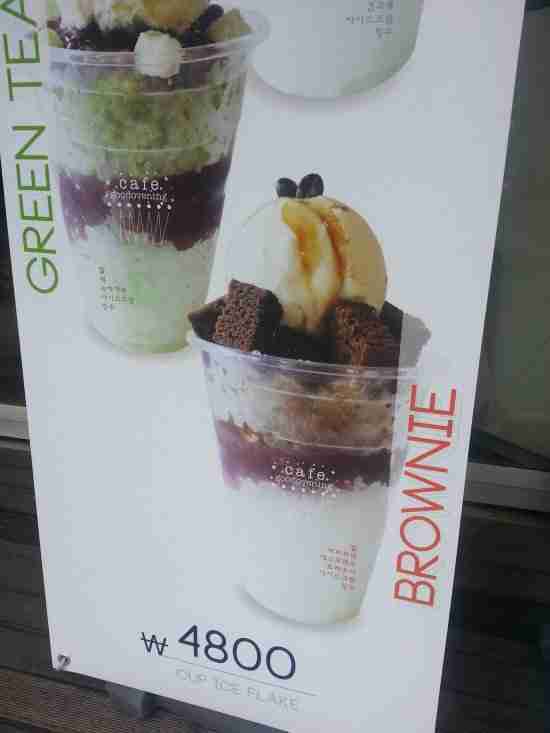 Couldn’t resist this one at Cafe Goodovening. They’re primarily a cupcake cafe. We have two interesting things going on here.

I ordered one today. Rainy season’s about to hit us hard tomorrow, so I’m getting this one in now while I still have two hands free outside. 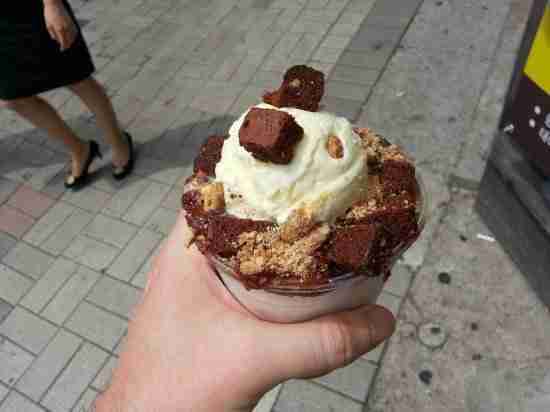 It looks pretty much like the picture. The brownies are a little cakey with some walnuts. I had to carefully work my way around the ice cream first so that none of these morsels would be sacrificed to the brick sidewalk gods. Since it’s patbingsu, there were some sweetened red beans, which I like. The nice surprise was the dark espresso flavor under the ice cream. At times I wondered if there were even some whole coffee beans in there. All-in-all a pleasant after-lunch treat.