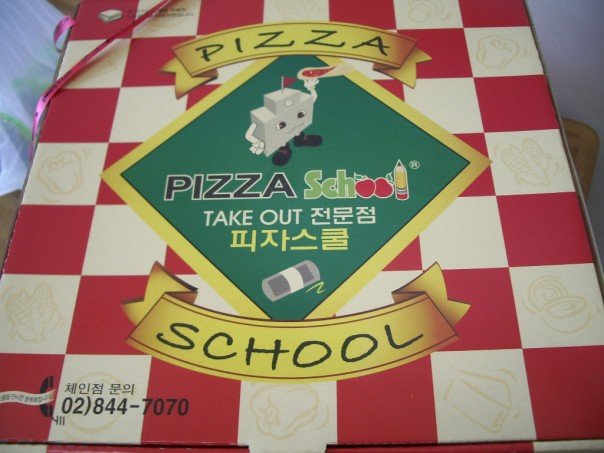 Again, I know. I hear it all the time. “Korean pizza sucks.”

That’s why I avoided this little place called Pizza School that has been popping up everywhere, particularly in areas with lots of students. And I found out why. 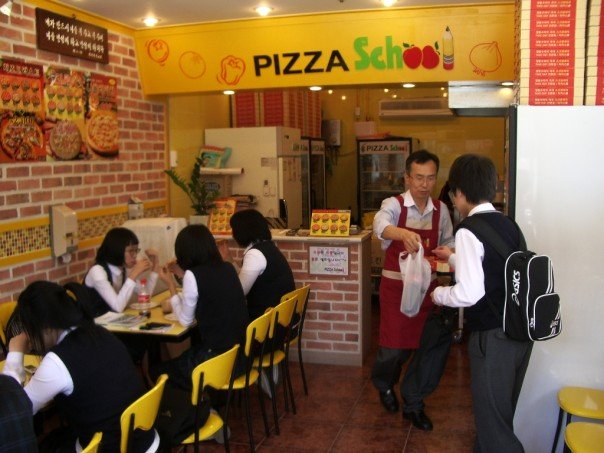 Most of the pizzas are just 5,000 won ($5), making them affordable to students, who pack the place all the time.

Why would this place be any good?

It would be for only one reason. Take yourself back to the late 1980s and early 1990s. Likely you were in school in those days–middle school, high school, college. You couldn’t afford pricey Pizza Hut pizzas, and Domino’s always tasted too bland. Papa John’s was good, but you still didn’t have it in your budget. The only thing you could afford was from a little restaurant with a little Roman dictator saying, “Pizza! Pizza!”

It tasted cheap and greasy, but it was good. It hit the right notes for student pizza.

Now look at this. 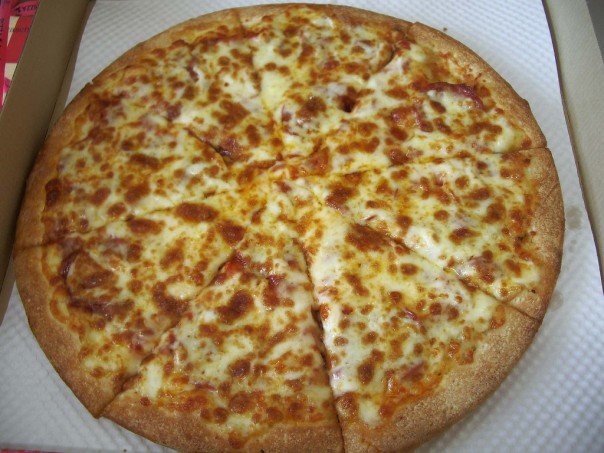 This is Pizza School’s pepperoni. We have gotten this regularly because it reminds all of us foreign teachers of Little Caesar’s pepperoni pizza.

We’ve tried some of the other pizzas at Pizza School, and yeah, they follow the Korean rules for pizzas (make them sweet with lots of corn). 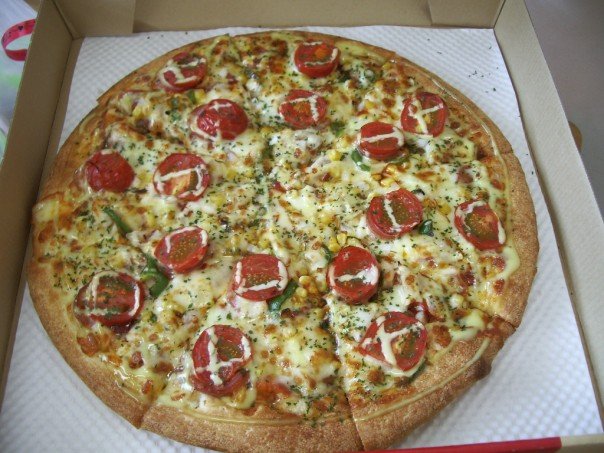 Yet the pepperoni shines.

It’s only 5,000 won. If you have tried it comment below and tell us we’re crazy for making this comparison.

8 thoughts on “Pizza School–Learn About It”