How water can be hard on your culinary masterpieces

Different sources of water have tortured the tongues of tea lovers for centuries and proved problematic for my late grandmother’s pickles. But health experts increasingly are realizing the subtle substances that distinguish one locale’s water from another — and consequently, a local specialty dish from a the same dish made elsewhere — can be essential to fighting chronic disease.

My grandmother, of blessed memory, was renowned in our small eastern Montana town for her dill pickles. Every fall, she would collect cucumbers from the garden, pickle them in her own mix of brine, pickling spices and dill. Family and friends appreciated receiving her pickles at Christmas and voraciously consumed them. 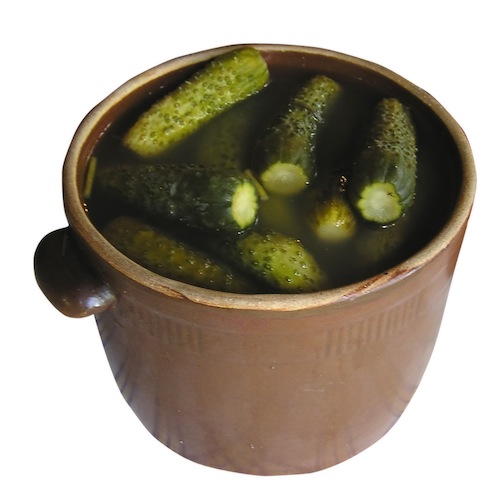 Whether they're half-sour or full-sour, don't underestimate the importance of the water you use for your brine. (photo courtesy of Michal Zacharzewski at StockXchg, creative commons license)

We moved 1,300 miles to southern Illinois when I was about 9 years old. Without enough time to plant a garden, she bought cucumbers that first fall and proceeded to pickle. To her taste, the pickles were so bad, she never made them again. But my grandfather and I enjoyed them. We pleaded with her the next several autumns to make her classic dills, but she stuck to her refusal for the remaining 20 years of her life.

There was a difference in flavor of water between Montana and Illinois.

“The water here is all wrong,” she told me.

She couldn’t explain scientifically what made Illinois water “all wrong” for her pickles, so I didn’t understand her frustration.

The taste of of water can be influenced by emotional attachment to a particular time and place just as much as it can by the physical attributes of water from different types of sources.

‘Don’t change the taste of this water’

In Korean Cuisine: An Illustrated History, author Michael Pettid recounts from Samguk Sagi (History of the Three Kingdoms), the home-water desires of Silla kingdom Gen. Kim Yu-Sin (A.D. 595-673). Kim frequently fought neighboring Paekche kingdom, but when Kim would pass home, he asked a servant to bring him a cup of that water.

“The taste of our home’s water is the same as in past days,” Kim reportedly said.

He echoed an ancient Korean new year’s prayer, “Please do not change the taste of this water in the upcoming year.” Water from any source would have quenched Kim’s physical thirst, but a sip of home water slaked his emotional thirst and renewed his strength.

When each house had a unique source of water, people became highly attached to the water of their home.

Is water really so important to the final results of a dish that you either have to consider importing water from your far-away homeland or accepting defeat and not make your signature dish at all? 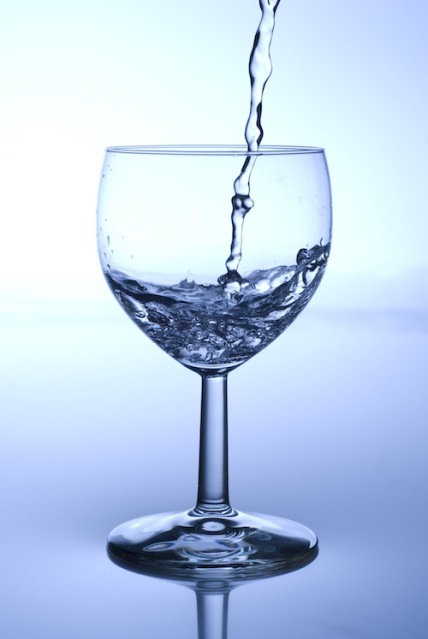 Is it crucial that the water comes from where you come from? (photo by ArtMast at StockXchg, creative commons license)

Water is a crucial ingredient in making a good tea into a masterpiece or a blight. 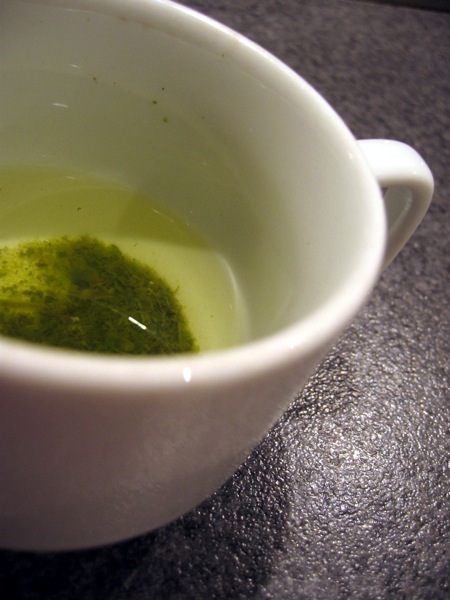 The late Julia Child complained that the tap water in Santa Barbara, Calif., "turns my Chinese tea into mud." I'm sure the tea aficionados Bae Yong-Joon interviewed for his book could relate. (Photo courtesy of Simon Cataudo on StockXchg, creative commons license)

My late grandmother never would have shipped water more than 1,300 miles to make pickles. Yet Korean media star Bae Yong-Joon on page 185 of his book A Journey in Search of Korea’s Beauty describes a “tea snob” so steeped in the local nuances of water that she longs for “the old days” when some undertook such an impractical proposition.

“Tea aficionados devote a great deal of time to selecting water, as if it can change the flavor, aroma and vitality of the tea…. Some believe that tea tastes better when it is steeped in water that comes from the same region where the tea is grown…. The importance of finding the right water to match a good quality tea must have been a big part of the daily life of tea aficionados in the old days.”

What is ‘natural water’?

Many notice that the taste of water differs, say from that of Seoul to that of San Francisco. This is how the Water Encyclopedia describes the natural composition of the aqueous compound:

“Although water has the simple formula H2O, it is a complex chemical solution. ‘Pure’ water essentially is nonexistent in the natural environment. Natural water, whether in the atmosphere, on the ground surface, or under the ground, always contains dissolved minerals and gases as a result of its interaction with the atmosphere, minerals in rocks, organic matter, and living organisms.”

A World Health Organization (WHO) report about nutrients in water says “drinking water supplies may contain … essential minerals naturally or through deliberate or incidental addition.”

“Water supplies are highly variable in their mineral contents and, while some contribute appreciable amounts of certain minerals either due to natural conditions, intentional additions, or leaching from piping, most provide lesser amounts of nutritionally – essential minerals.”

The report notes key differences between drinking water in Asia and in the U.S.

Many in Asia consume “soft water,” which has low levels of calcium, magnesium and zinc. U.S. water tends to be “harder,” with more trace minerals.

Most soft water in the U.S. comes from water softening systems. Which brings me back to my grandmother’s pickle problem — and maybe Julia Child’s trouble with tea. Montana water is mineral-rich, so our home had a water softener, as did many in the area. Softeners often add salt to replace minerals stripped from the water.

Water filters attached to a kitchen faucet commonly remove heavy metals and chemicals but may not make the water soft enough for your pickles or tea.

Thea Mann put her pickling proficiency to prose in “The Basics of Pickling.” She recommends soft water to avoid damage to taste and texture.

Softening up the enemy tastefully

But Mann provides a method for softening hard water without a softening device.

“If you like, it is possible to soften your water through 15 minutes of boiling. Use a large stainless steel sauce pan for this. Once you have boiled your water, let it stand for 24 hours, then skim off any surface scum. As sediment will have formed on the bottom, carefully ladle your now-softened water into another container and discard the remainder.”

Before you throw out a favorite pickle recipe or that expensive green tea from China, consider a solution as simple as good water filter or bit of boiling.