Hongeo 홍어 – The Hardest Thing to Swallow in Korea 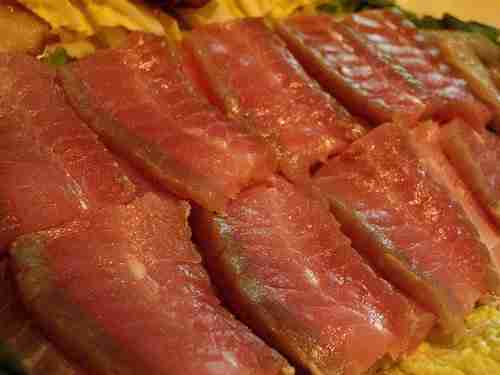 Some of my most adventurous friends, Korean and not, have said that the one food they cannot eat without initiating gag reflexes is Hongeo 홍어. Look at the picture above. It seems harmless enough, if you’re familiar with sashimi.

What’s so scary about it?

I decided to find out. One of my ajumma friends (yes, I have ajumma friends) invited me to hang out at a place that specializes in this. She had already started when I got off work, so she had to tell the taxi driver how to get there by phone, and it was difficult. The place was a shack on the winding dark roads off the busy main street. It was the type of area where the hardcore go to eat and drink. Few young people around.

I walked in, and the stench of the place hit me. Does no one clean the bathrooms? I decided to do my best to ignore the smell as I joined Mrs. Ajumma and friends.

They said that the thing to order was Samhap삼합. Pretty freakin’ expensive. 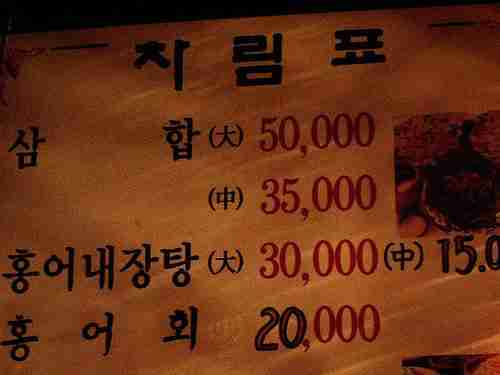 The back of the house came out with this. 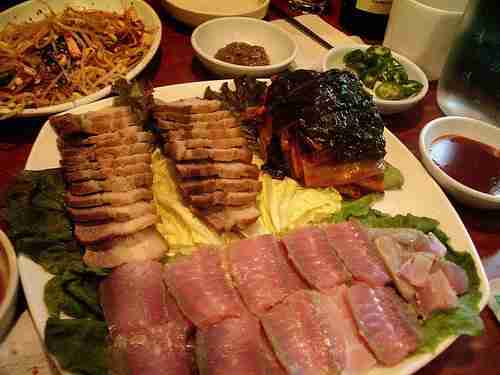 There was the famous Hongeo, along with some steamed pork, some really good kimchi, and the usual condiments of raw garlic, peppers, doenjang (fermented soybean paste) and a little chojang (red pepper paste mixed with vinegar).

Here’s the lowdown. Hongeo is fermented skate. You know, skate. 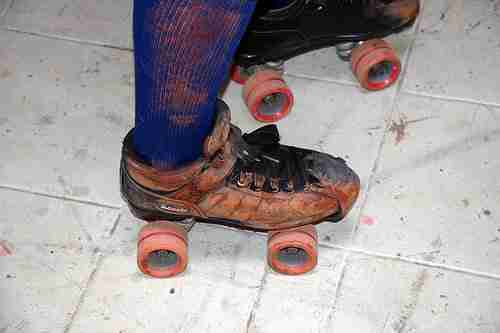 (No, but those do look a little fermented.) 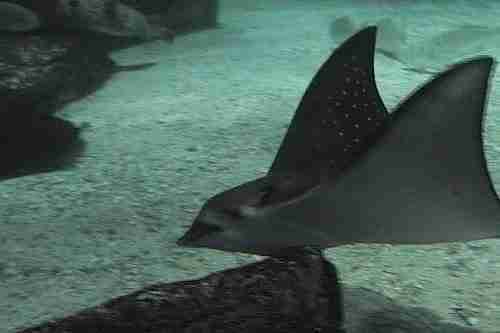 I know we in the West have a natural aversion to things with the word “fermented” attached to them. But I’m willing to give anything a chance. Some of my favorite foods are fermented: cheese, beer, wine, bread, doenjang, sauerkraut.

The thing is this. Skates are similar to sharks in that they don’t pee like other animals do. They don’t have kidneys and bladders and… well, they don’t really pee. Instead, the uric acid comes out through their skin. That’s why it’s not a good idea to keep shark meat for a long time in the fridge.

I mention the similarity between skates and sharks because Iceland has an infamous dish that has similar legendary puke-inducing properties, Hákarl. Anthony Bourdain has put it on the list of worst things he’s put in his mouth. Gordon Ramsay has puked it up on television.

Then again, Ramsay pukes a lot on shows, making me think he has a weak stomach.

When both shark and skate are fermented, the uric acid intensifies into ammonia. It is a substance that we are hardwired to gag upon. 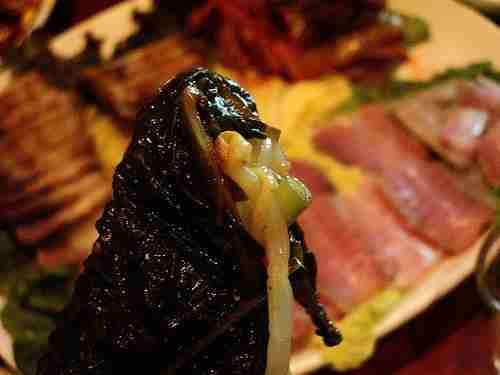 I wrapped it in kimchi and condiments and tried it.

Yes, it has a strong ammonia component. If you don’t breathe, the hongeo itself is salty with a slight rubbery texture. But you have to breathe, and breathe you will–you will regret. It’s like licking a urinal.

I ate two of them and took a break with some good country makkoli.

The owner came by and asked questions. They don’t see foreigners too much in those there parts. He was happy that a foreigner was making a foray into this forbidden cuisine. Not only was I the only foreigner there, my ajumma group were the only women in there. This was strictly grizzled middle-aged man food. It’s food you eat to prove how tough you are.

The owner told us that there’s a technique to eating it. You breath in through your mouth and out through your nose. I tried it a couple of times, and it hit me why the men liked it so much.

They’re getting high off this shit.

I was getting a definite non-alcoholic buzz off the rotten fish. It tasted horrible, but I craved more. I ended up eating around half of it, all the time saying, “I can’t believe I’m eating this.”

After a while, though my stomach wouldn’t let me take any more. I stumbled, or rather, floated out of the bar, said goodbye to my friends and headed home.

It was in the dead of winter, so I was wearing my furry parka. I found that fur, fake or not, tends to absorb odors. I walked into the apartment, and Eun Jeong greeted me.

She took another whiff.