That “I” in the title stands for “1.” Roman numerals are dandy.

Whenever I have a good meal, I tend to take pictures of it. Yet many meals are just general Korean “Han Jeong Shik” 한성식, which is code for “Whatever we have today,” or “Lunch du Jour.”

So I’ll just recap some lunches. This one I had last week in Suwon, near the Gyeonggi Province Courthouse (read ZenKimchi Adventures for the details).

Despite being in an area full of wealthy lawyers, the restaurants there are dour, depressing, and downright stinky. Yet we gave the place one last shot and went to a basement restaurant that surprised us. For one thing, the thing they had on the menu that made me decide to go there was off for the day. So we both went for the basic Jeong Shik. Here’s what we got: 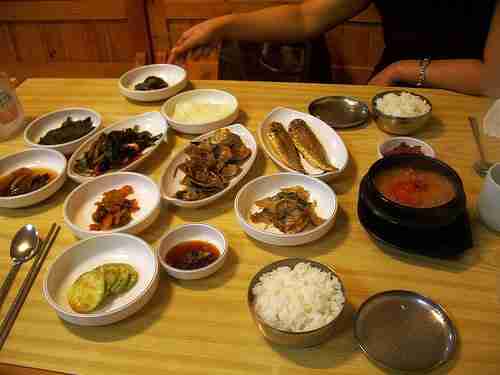 Of course some rice, a good Doenjang Jjigae, little veggie panchan, including some fried squash. 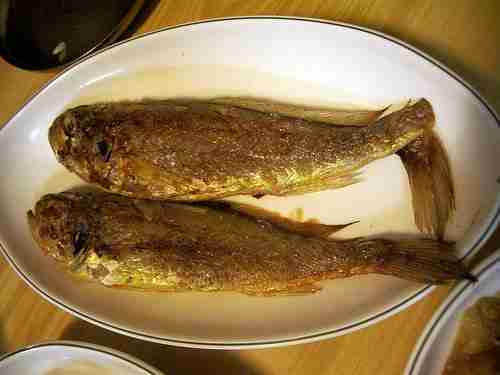 And some Ganjang KeiJang (간장 게장), raw crabs marinated in a soy sauce base. These were to die for. I know my mom would love these. 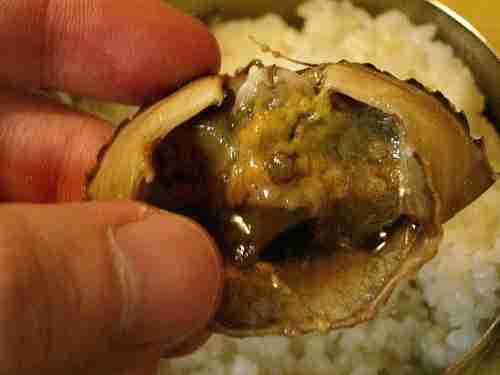 After sucking as much as we could from the shells, we stuffed them with rice. 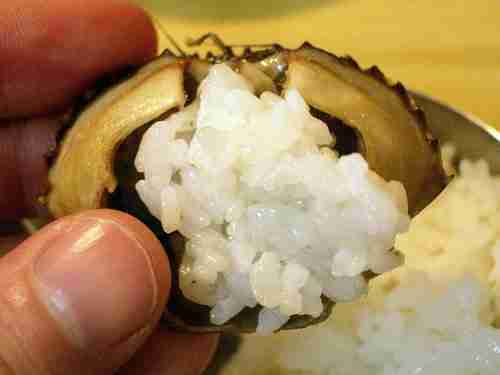 Then we stirred and scooped out the new crab infused rice. 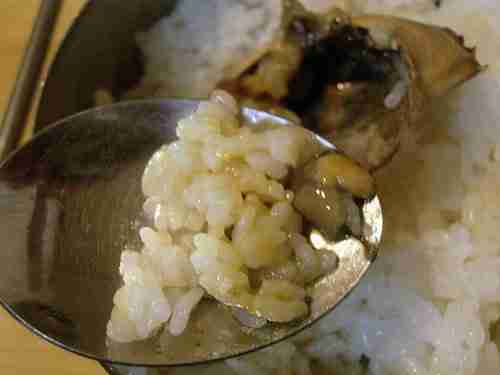