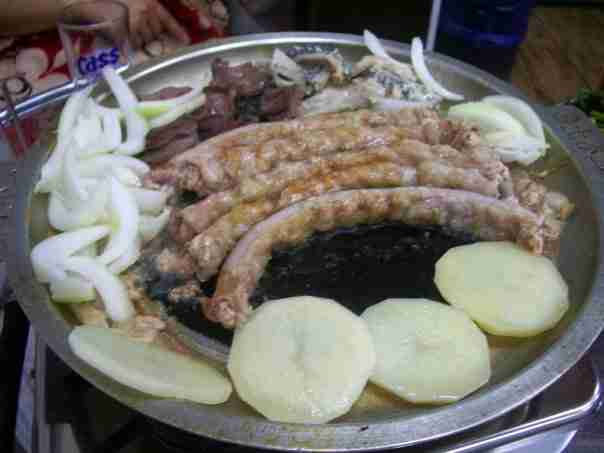 I talked about Gobchang Gui 곱창 구이 in one of the ZKFJ’s first posts. It’s so good that I need to talk about it again.

I have had it a few times, and no place beat the little place I used to go to in Ansan until now. A new restaurant has opened at the end of the strip in Beomgye that has quickly grown popular. Friday night, Eun Jeong had me wait for her while she talked serious business with a co-worker. She said she’d be just an hour. It ended up being two. Most of the restaurants had closed or were closing when we met each other. She was also apologetic and very hungry. So she was quite receptive when I suggested having Gobchang for dinner.

It’s not that she doesn’t like Gobchang. She just considers it man food.

We entered the restaurant, and the worried waitress met us at the door. I heard her telling Eun Jeong in Korean that foreigners would be too scared of Gobchang to eat it. Eun Jeong reassured her that I not only knew what I was in for, I actually was a big fan of the little cow intestines.

She was so thrilled that she spent a lot of time prepping our meal in front of us and made little packets of meat wrapped in Korean chives individually for us to eat. She talked and talked about how her restaurant’s Gobchang was the best. 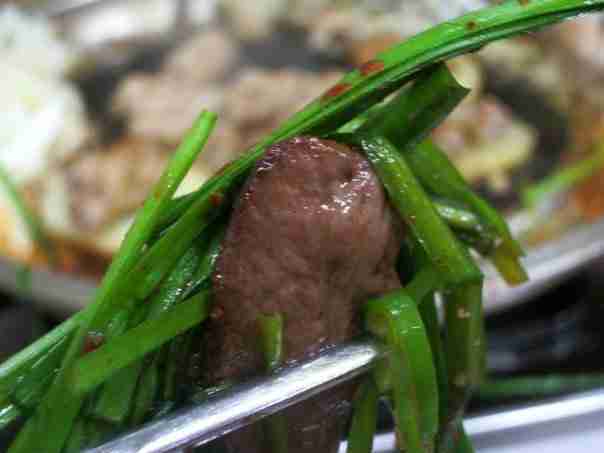 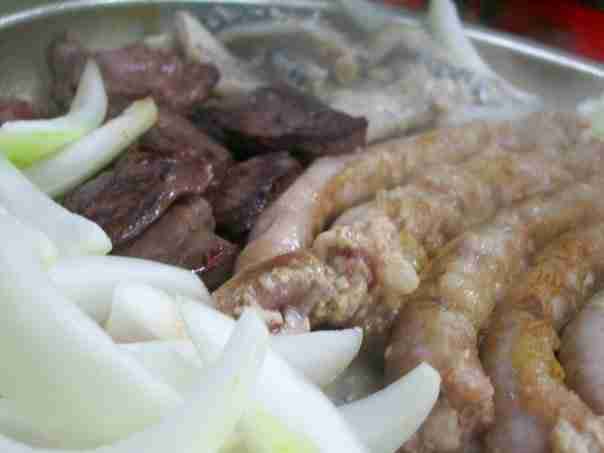 It was the first time I had seen Eun Jeong get excited about the flavors exploding in her mouth while eating Gobchang. This particular restaurant has a really good tangy marinade, and the intestines themselves taste squeaky clean with bacony overtones. 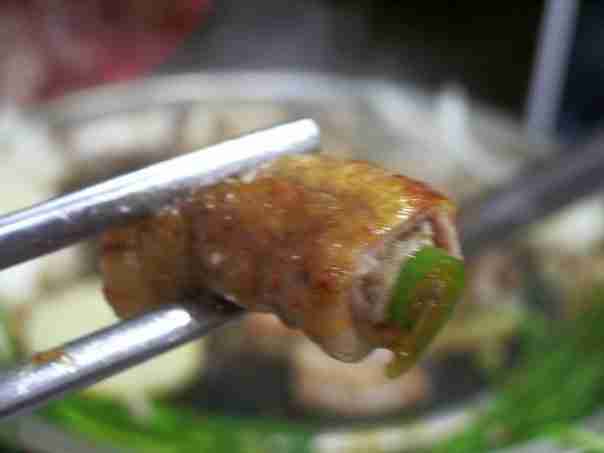 Accompanying the Gobchang in the pan were Makchang (slice large intestine), beef heart, and tripe. If you’ve never had beef heart, you’re missing out. It has a beefier flavor than steak and is as tender as filet mignon. The Makchang was a first for me. The texture was a bit squeaky, but it still had that fried fat flavor that I was in the mood for. 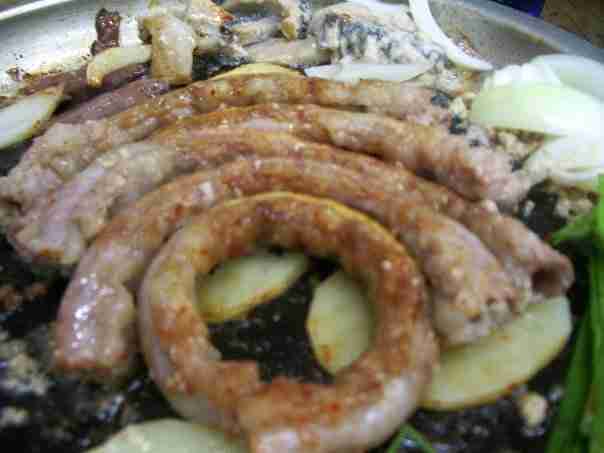 As mentioned before, the method at this particular restaurant was to put some marinated Korean chives in the pan to cook them a bit. Then wrap a morsel of meat in the chives, dip in a sweet vinegar sauce, and eat. The potatoes came out perfectly crispy, having been frying in the fat from the meatier ingredients. 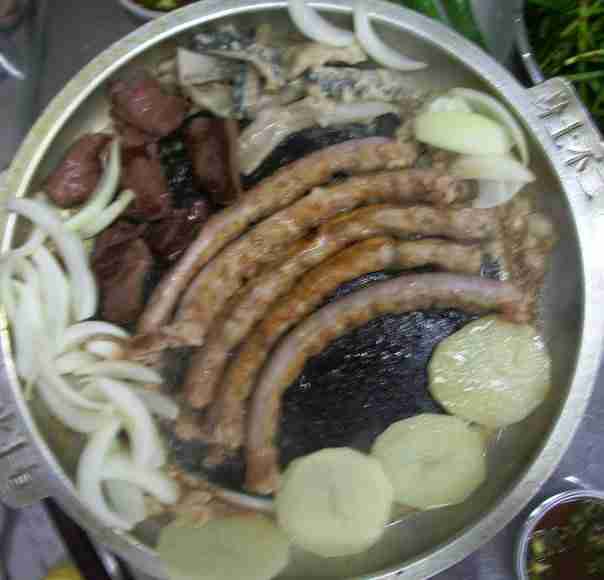 Again, there is no reason to fear Gobchang. If you’ve ever had a really good sausage with trademark *snap*, then you’ve eaten intestines. Love to break it to you. And this place has to be good to get Eun Jeong raving about the meal days later, saying that she wants to go back some day.

ADDENDUM: Per request I took a picture of the restaurant’s sign recently when I was in the area for those of you wanting to track it down. 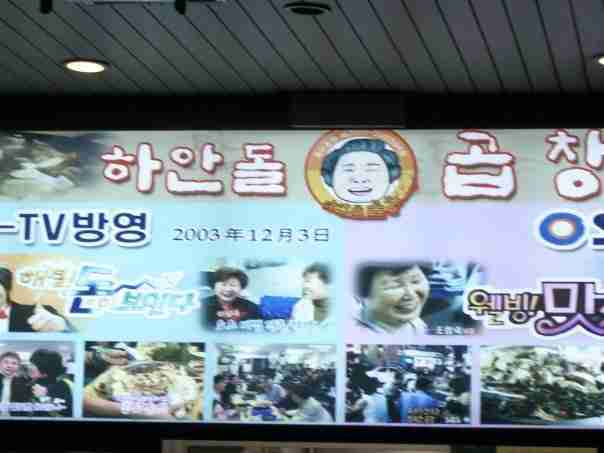