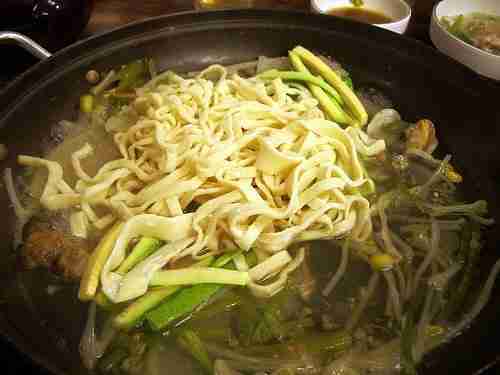 Jetsetters regularly talk about the exotic and even risky foods they had eaten while on adventures. They bandy words like “durian,” “hákarll” and “balut” as badges of honor. They boast about eating fugu in Japan, the blowfish with tetrodotoxin poison, for which there’s no known antidote. Rural Haitian voodoo bokors sometimes use the poison to make “zombies.”

That’s what I call good eating. Yet one doesn’t need to go to Japan to try this culinary equivalent of base jumping. It’s common in Korea. Unlike Japan, it’s not limited to sashimi and bland soups. Korea uses blowfish, called “bok-eo,” in traditional Korean dishes as well as sliced raw. 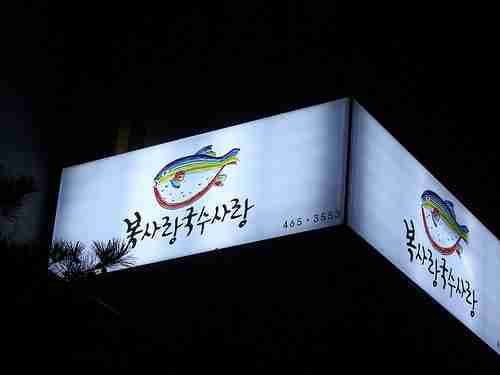 A new restaurant specializing in bok kalguksu has opened at the base of a hillside in the suburban city of Anyang. The restaurant sits far from major thoroughfares and requires a special journey, as it’s the only business in the area and the last one before the road winds up the mountain, passing four gorgeous Buddhist temples. To get there from Beomgye Station, take the number 7 local bus to Imgok Jugong Apartments, or from Anyang Station, take a local 3 or 3-1 bus to the same place, the end of the route for both buses. Follow the road forking left past a temple, and the restaurant, Bok Sarang Guksu Sarang (“I Love Blowfish, I Love Noodle Soup”) is on the left. 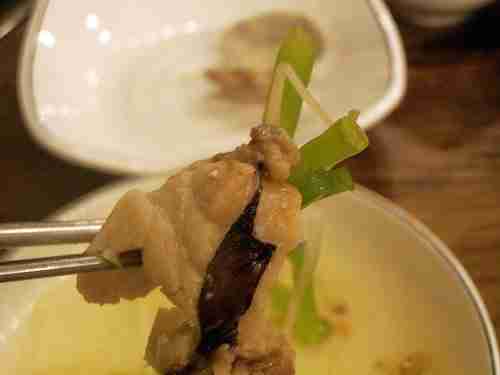 Like Japan, Korea takes blowfish preparation seriously. The government stringently instills safeguards and proper training and licensing for chefs. Only a handful of people actually die from eating blowfish, mostly from preparing it at home or on a fishing boat.

The taste itself is light.There are stories that people feel a tingling sensation from small doses of poison, but I believe that’s some placebo effect.I’ve never felt anything from eating blowfish.The creature is such a cherished royalty that the ingredients surrounding it are all worthy of acclaim. 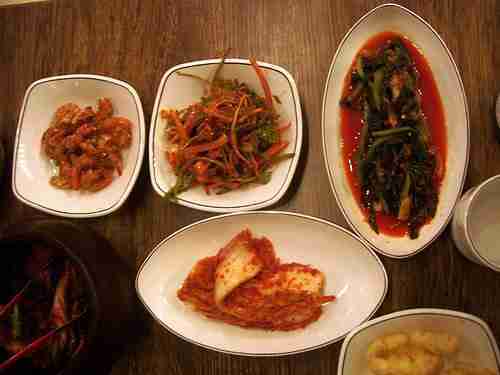 The side dishes shout for attention. No “afterthought” side dish exists, where one nibbles only because he’s waiting for his food to cook. The kimchi is smooth and buttery. A tart marinated muchim salad with bok begs for rice to balance its intensity. The fried bok won the prize as the best side dish. I think the chefs took clouds, battered them and fried them. 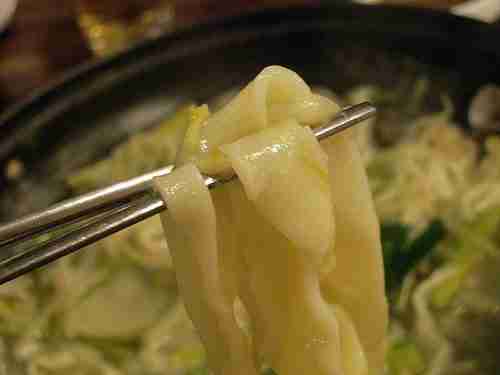 The Bok Kalguksu is the star. It’s boiled with fresh pungent mountain herbs and seasonal vegetables. Dip the steaming delicate meat in soy sauce and let it melt in your mouth. After you finish a good many fish and veggies, some handcut noodles are thrown in. These are not factory-made noodles. Each one has a different width, and the homemade freshness shines when slipping the noodles in your mouth and chewing.

The bok comes in a few variations, from a 7,000 won personal bowl of kalguksu, to a spicy mae-untang, to a big community shabu shabu. It’s well worth the trip. Don’t be scared of the blowfish. It won’t kill you. It will only give you pleasure””and a few cocktail party stories.