Pubs are Growing in North Korea 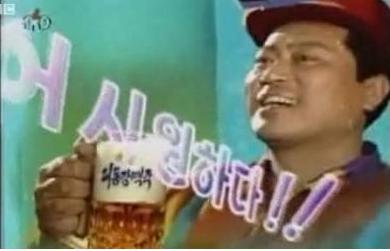 It’s actually gotten some international recognition, including an international standard quality certificate ISO 9001 in 2008 for passing levels of hygiene, alcohol quality and purity. According to the reports, they’ve also developed a rice beer and black beer, and it is popular from the growing demand for alcohol in Pyongyang. Read into that what you will.

I got to try this beer a few months ago, thanks to a purchase by Roboseyo. It didn’t blow me away, but it had a strong distinct flavor. Bitter and floral. It did have enough oomph to show that South Korean beer manufacturers have some catching up to do.