Korean Beers in the News 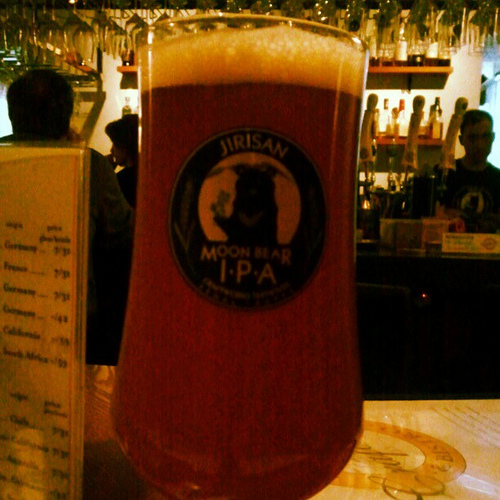 Wow, the two big Korean breweries are getting a double punch this week. First is an in-depth piece (as in tons of numbers) by our good friend Joshua Hall (Wine Korea) in The Wall Street Journal. He talks about how the FTAs barely put a dent in beer prices in Korea because of all the other taxes levied on beer. Despite that the import market has grown significantly. He also points out how laws have effectively squashed any local competition so no craft beer market has sprouted–until recently.

The protectionism is targeted equally at foreigners and potential local competitors. If a brewery or brewpub wants to distribute broadly, it must have the capacity to brew 150,000 liters onsite. In the U.S., a successful independent craft brewery such as Anderson valley has only 35,000 liters capacity. The tanks, pumps and building required for that scale require millions of dollars in investment.

In The Economist, they just go right out and say that beer from the two major breweries sucks and goes into more detail on how small brewers have been stymied by the government.

Punitive tariffs prevent brewing experimentation. The Korean taxman treats malt, hops and yeast as beer ingredients, which are subject to low import duties. Anything else you might put in the brew is deemed an agricultural import, and thus a threat to the nation’s farmers. “Speciality grains like oats aren’t on the approved list, so we must pay more than 500% if we want to use them,” says Park Chul, another frustrated brewer.

Last week, I met some friends at Craftworks, one of the stars of both those articles, and tried their seasonal Hobak (Pumpkin) IPA. Drank a lot of it. That’s a nice holiday brew right there.

NOTE: If you hit a paywall then Google the article title and click.