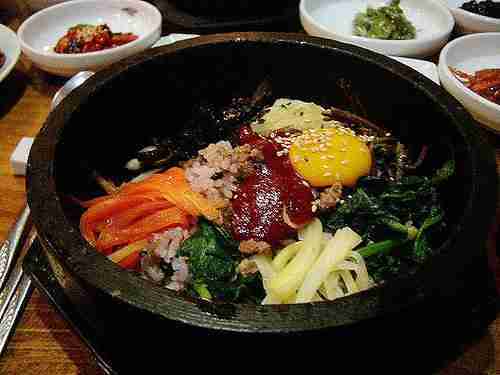 You know what? I haven’t even said much about Bibimbap here, and it’s one of my favorite foods. But first, a song.

Originally known as GolDongBan 골동반 (“rice mixed with stuff”), Bibimbap is basically rice mixed with vegetables, usually some type of meat, and gochujang. But that’s the simple of it. Each one of the ingredients is something special in itself. It’s like a bunch of little salads and meats individually and carefully prepared placed on shiny rice in a bowl. 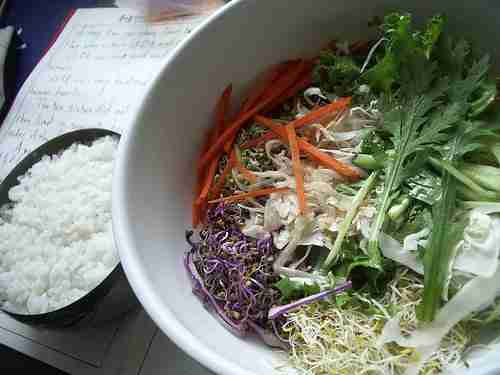 Then you mix the crap out of it! 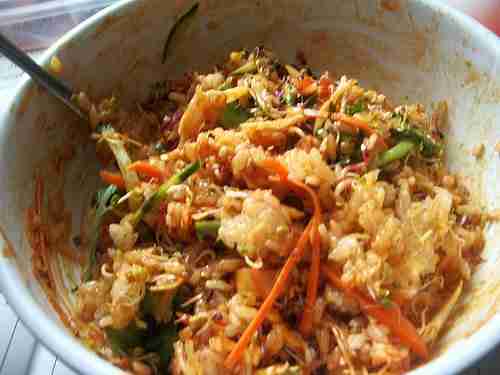 It’s like the kid in the school cafeteria who mixed his green beans with his potatoes and stuffed it inside his roll (oh, that was me). 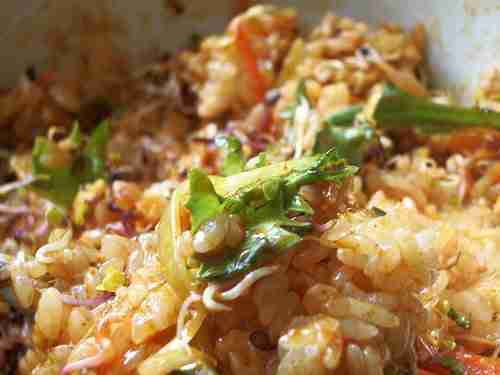 Or you can think of it like a warm rice salad.

I’ve even heard of Bibimbap being compared to Rochester, New York’s, infamous Garbage Plate, or was it the other way around?

The ingredients used in Bibimbap are seasonal. As for me, Bibimbap is a sign that spring has come. Yeah, yeah, people make fun of Korea for talking about its four seasons as if it’s the only country to have four seasons. Yet it is significant in that there are different foods to eat at different times of the year. The food is very seasonal. You don’t have to follow these rules, but it’s more satisfying to pair foods with seasons like pairing foods with wines.

Saessak Bibimbap (새싹 비빔밥) is the ultimate springtime dish (refer to the above picture of the bowl with the purple stuff in it). It’s perfectly cooked rice with the freshest of spring vegetables, mainly different kinds of sprouts.

What? ZenKimchi the meat lover is praising fresh–sprouts?

There is practically no animal protein in Saessak Bibimbap, unless it somehow found its way into a sauce or the rice was cooked in a meat broth. Yet it is as filling and satisfying as a good old fashioned meat and potatoes meal. And this stuff will clean out your system like Drano.

It’s a very healthy food and is another example of how Koreans really have the right idea about healthy food. You eat healthy food in Korea because it tastes good. Not because it’s healthy, which is where America screws it up. In America, health food has to be bland and depressing. We need to change our philosophy on healthy eating. 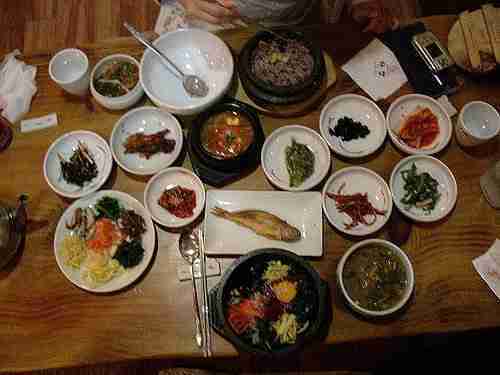 There are many variations to Bibimbap. Of course the ingredients are only limited to your imagination or the imagination of the cook. 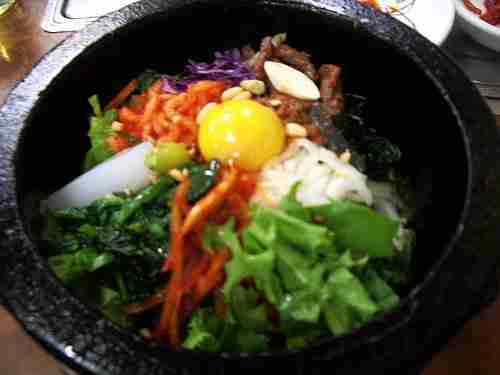 The one major variation is Dolsot Bibimbap (돌솟 비빔밥). It’s the usual Bibimbap suspects served sizzling in an iron or stone pot with a raw egg on top. The bottom of the little pot is coated in sesame oil, so the aroma is amazing. And the crispy rice on the bottom tastes like popcorn. 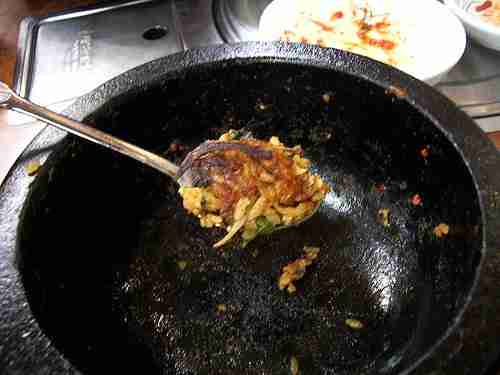 Now this is the one Bibimbap that I only like to eat in the cold months, for obvious reasons. There’s a Japanese-Korean fusion (I think it’s fusion) variation of that call AlBap 알밥, where the main ingredient is fish eggs. Mmm… caviar rice!

There is one restaurant near our house that puts the bowl of Bibimbap over a flame on the table. Pretty cool trick. 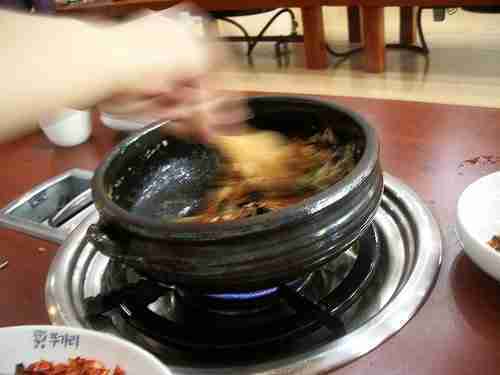 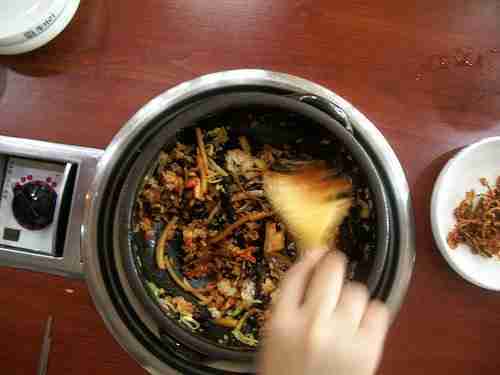 The rice is cooked with barley to give it a more rustic flavor. The vegetables are also a lot more country and rustic, mixed with fresh doenjang or homemade sesame oil. They are served in little individual portions on a large plate, looking like an artist’s palette. You add whichever veggies you want. The kicker is that you also usually get squeeze bottles of gochujang and sesame oil to mix it all together. I like this because I love lots of sesame oil in mine. 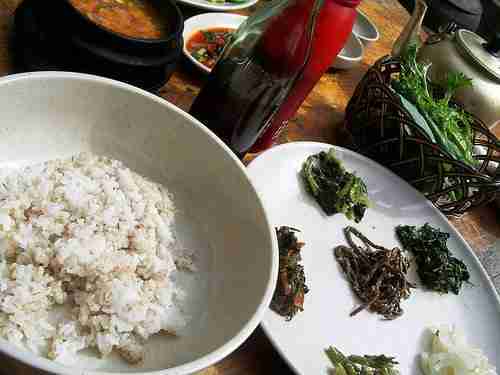 My favorite Boribap so far is from San Ma-eul Boribap (산 마을) in Anyang, at the foot of Gwanak Mountain. It’s in Bisan-dong just north of Anyang Stadium and Anyang Roller Skating Arena. It’s a little country restaurant that serves homemade rice beer, hearty Boribap, and smoked chicken that tastes like bacon. It’s one of the few places where you’ll see Eun Jeong drinking.