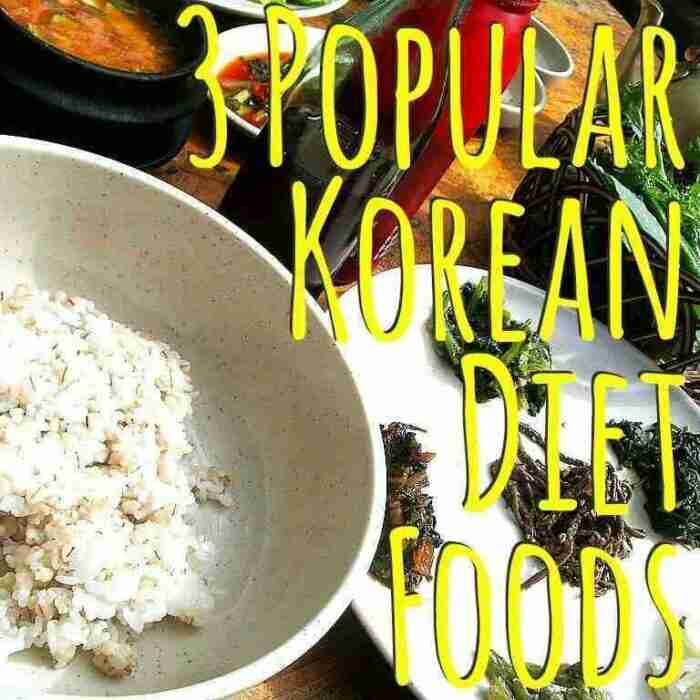 Korean cuisine already has a reputation for being healthy. Not everything in Korean cuisine is so. Yet like most world traditional foods, it’s well-rounded and whole. South Koreans are also some of the thinnest people in the modern world. You’d think that would come from just eating Korean food by itself. But I tell ya, samgyeopsal and ddeokbokki ain’t gonna help you shed those pounds. Here are three Korean diet foods popular with people wanting to lose weight. 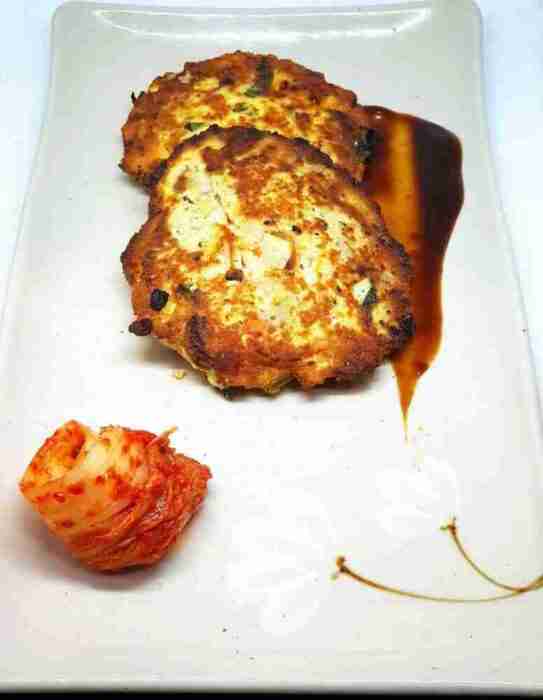 This was a trend a few years ago in the Korean blogosphere. You may think you just throw a slab of tofu on the grill. It’s more like the Korean and Japanese idea of a hamburger steak done with tofu instead of beef. It’s important to get Shiitake Mushroom (Pyogo Mushrooms in Korean), as they contribute that winey meatiness. A good steak seasoning works.

To Korean food fans, this looks familiar. It’s a large DonggeurangDdaeng 동그랑땡. A Pork and Tofu Pancake without the pork. To make it more of Korean diet food, cook it in olive oil or grapeseed oil. 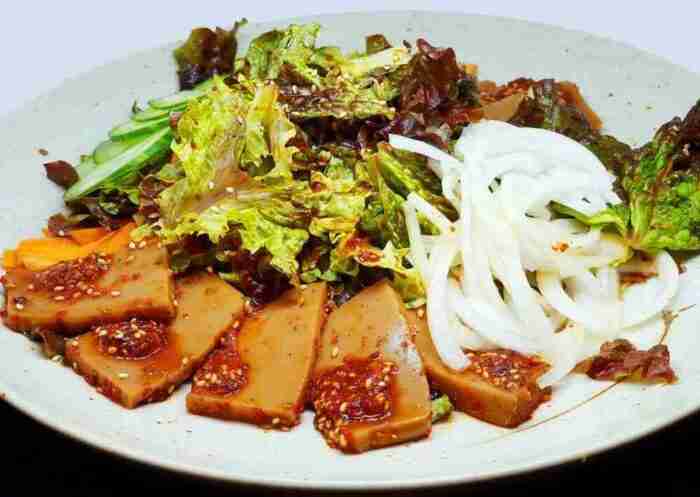 Korea’s one of the few food cultures that uses acorns. According to Jared Diamond’s Guns, Germs, and Steel, that’s because it’s darn hard to make them palatable. People gotta work hard to remove the bitter tannin to extract the nutrition from these little nuts. Korea has a history of hardscrabble creativity. Cooks process it into a glistening, almost translucent jelly. It’s tasteless. Or rather, it takes on whatever flavor you add to it. Its texture can sort of satisfy the craving to chew something like meat, for people who are trying to eschew meats in their diet. It is almost nil in calories, making it a popular Korean diet food.

Dieters usually eat it in a chilled soup form, similar tasting to Naengmyeon. I like it best as a salad. 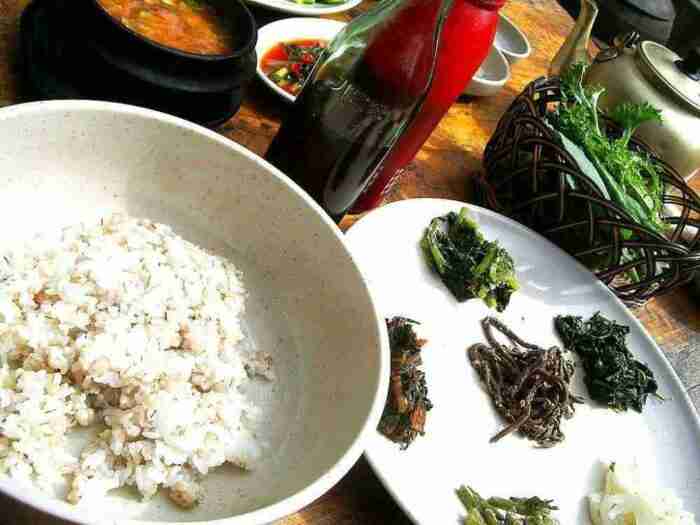 Traditional Korean rice was mixed. In olden times, white rice was a luxury. Cooks mixed other grains and beans with the rice to fill it out. Post-industrialization, white rice became more plentiful, and that is what you see on a lot of Korean tables. There is a movement to turn back to Yangnyeom Bap, which is this mixed rice. You may have seen the famous purple rice, which gets its color from a mix of black rice and black beans. Adding high protein beans and grains has become the thing to do these days. Recently, we’ve been adding whole oats to ours, and it tastes great.

In the countryside, Boribap is king. This is one of my top ten favorite Korean dishes. It’s in the same category as Bibimbap. The difference? There’s barley mixed in the rice. The vegetables tend to me more rustic, using wild sesame (ddeulgae 뜰개) and sesame oil. They all come on a separate plate, so you can choose which to put in. I just dump them all in there. It doesn’t come with an egg. Instead, you add gochujang and sesame oil when mixing. I like to add a lot of sesame oil.

This is the taste of Korea.

Both the Dotorimuk and Boribap I had first at San Maul, and it’s still my favorite place for each. When my brother (Chef Ben) came to revisit us in 2011, this was the first place he wanted to go to again. Here’s a video of that visit.

I don’t have a recipe for this one because there really isn’t a recipe. You just cook some barley in your rice. Or even better, get a lot of mixed grains and rices. People get all fancy with bibimbap. In a typical Korean household, it’s a means to get rid of leftovers. For me, as long as I can douse it in sesame oil and gochujang, I’m happy.

These are just three typical Korean diet foods. What diet foods do you swear by?