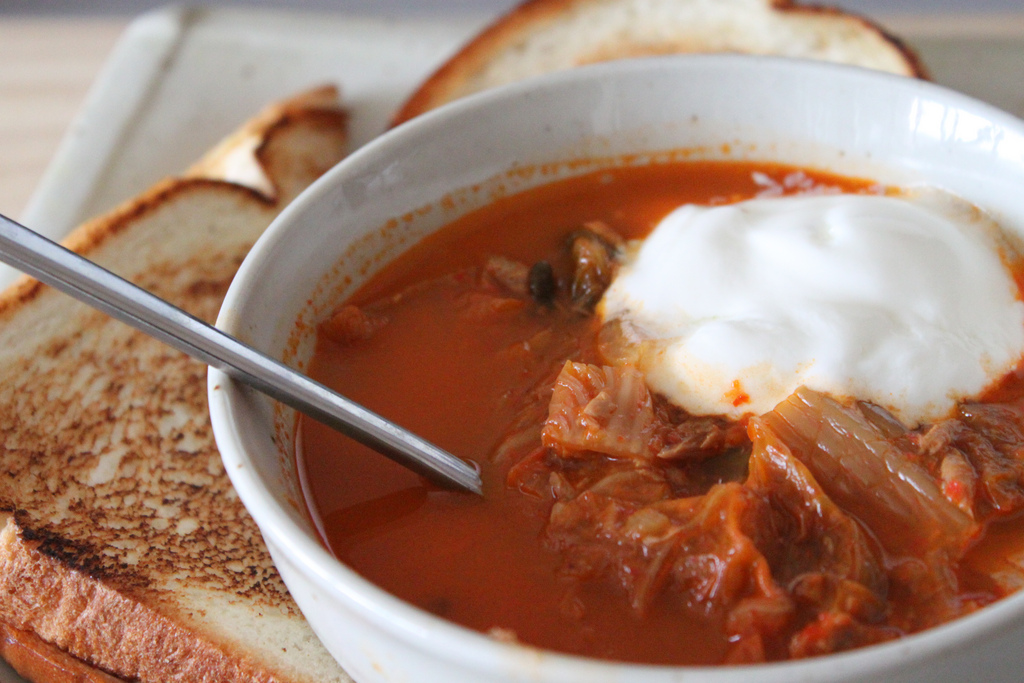 Eun Jeong had made a batch of yogurt the other day. It’s funny that for all our complaining that you can’t find unsweetened yogurt in Korea, they finally started putting it on the shelves when we had gotten into the habit of making our own yogurt. We also had a particularly tart batch of Kimchi Jjigae we were finishing off. Topped it off with some of the yogurt. So, yeah, I had two of the most probiotic foods on the planet in one bowl. Maybe it helped me a bit–but my insides were talking to me a few hours later.

Accompanied it with a good ole Gochujang Tuna Melt.