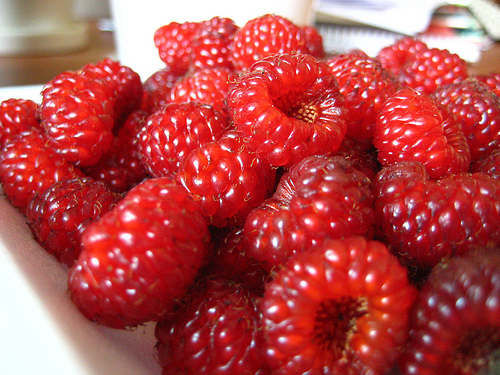 The past few years I have spent my free mornings walking up the leg of Gwanak Mountain that’s behind my house.  It’s an easy thirty-minute walk that passes by four gorgeous Buddhist temples and ends with satisfying views of my fair city of Anyang.  In June, little berries popped out on the side of the road that looked like raspberries.  They’re tart and seedier than the raspberries and blackberries I used to pick at my grandparents’ place in North Carolina, but it’s always cool to forage your snacks while hiking.

This is the first year, though, that I’ve seen them for sale on the street.  I bought a small batch from my local tiny mart and tried them.  They’re much milder than the ones on the mountain behind our home.  They have the texture of a raspberry and the flavor of a very weak strawberry with some other aroma that hits the back of the tongue that’s unfamiliar that’s similar to the way that Korean bean sprouts taste, what I say, soapier, than other bean sprouts.

Nonetheless, I found that they were good blended with frozen bananas in a smoothie.  With the store bought ones, though, clean them thoroughly and check each one for mold.

They’re on the mountains from now until late July.  If your eyes are peeled, you’ll also catch some tiny berries that actually do look like wild strawberries.  Last year, I broke all the rules of my old Boy Scout manual and tried one.

The wild strawberry was mild and juicy.  Not sweet.  But again, something interesting to look out for when hiking the many mountains in Korea.