Why I Won’t Open Another Restaurant In Korea

The copycat culture is getting more and more shameless.

I knew of people coming over and taking pictures of the food, trying to take it apart. I remember back when people were doing that at Vatos when they first opened.

There are now companies that specialize in restaurant espionage. They have teams that will figure out the spices and the techniques and copy them. I mean, why try to do something from your heart when you could just “benchmark” off of someone else’s hard work?

The latest blatant example comes from a place down in Busan called Gourmet Zip. The “Zip” is supposed to mean “집” (Jip, or “house”). It’s annoying enough that some people think Z can easily substitute J, but that’s not the point.

It’s not the point that this is another restaurant relying on Instagram gimmicks. 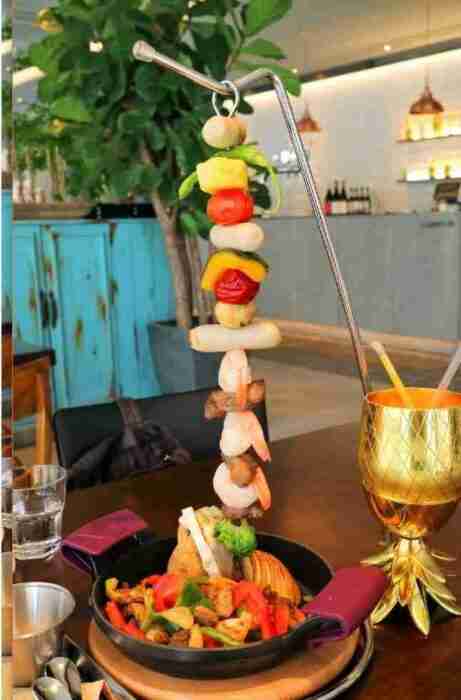 It’s also not the point that this is another bad restaurant culturally appropriating whatever trendy foreign food it can.

For those of you not familiar with Detroit pizza, here is a description from the guys at Motor City Pizza in Seoul. 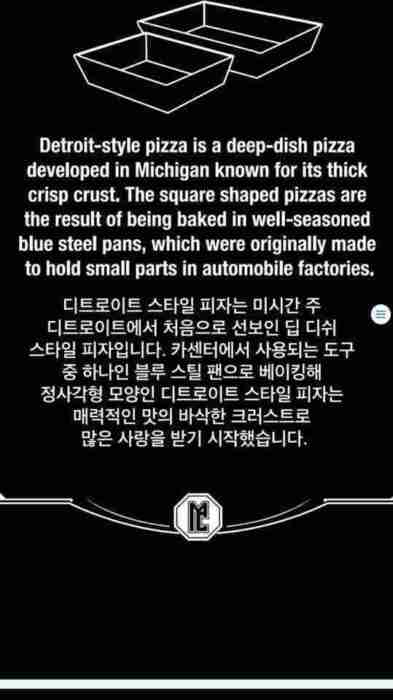 Detroit-style pizza is a deep-dish pizza developed in Michigan known for its thick crisp crust. The square shaped pizzas are the result of being baked in well-seasoned blue steel pans, which were originally made to hold small parts in automobile factories.

You can read the Korean description WORD-FOR-WORD on Gourmet Zip’s menu.

Okay, not precisely. They dropped the word “처음으로.” I guess that makes it kosher, right?

Here’s a wider look at the menu. (MexicanTown’s toppings are fairly random.) 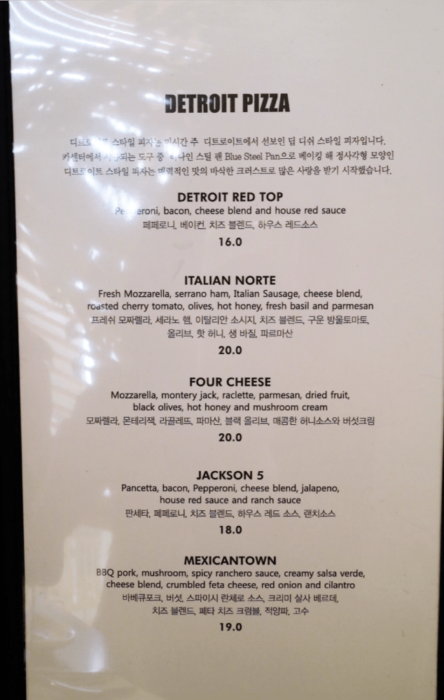 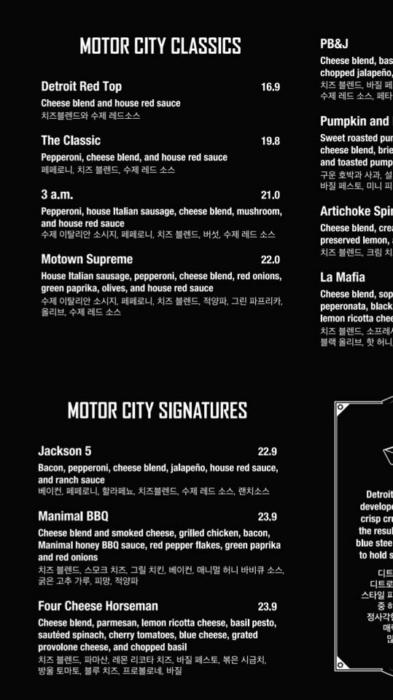 We see that they copied the name “Detroit Red Top” and added pepperoni and bacon.

Then they copied the “Jackson 5” with the addition of pancetta.

But come on, Zen. Pizza toppings aren’t that original.

I agree. But how often does one see RANCH as a sauce on Korean pizza?

I’ve talked to one of the owners of Motor City. He is happy that his beloved Detroit-style pizza is spreading throughout Korea. In fact, other respectable pizza places do Red Top pizzas now.

What is troublesome is that the copycat copied the menu text, the garnish, and they’re getting credit for Motor City’s appearance on the TV food show 수요미식회 Suyo Mishikhwe.

Motor City was featured on a popular food show, and Gourmet Zip is trying to take credit. Bloggers are stating that it was GOURMET ZIP’S pizza on the TV show!

There’s a narrative logic you can pull from it. Motor City started in June-July 2016. The TV show aired in November 2016. Gourmet Zip opened in March 2017.

I wonder where they got their ingenious menu ideas…

No, no, no. Please don’t bang your head on the wall.

This is happening all the time, and it’s getting worse. Like I said, there are companies whose bread and butter is to steal recipes and concepts from restaurants.

This is why I’m not opening another restaurant here. At least until there is either some legal protection in place or until this is shamed by the public. It’s hard enough to deal with inefficient corrupt suppliers, local business owners who don’t like foreigners in their territory, cheating partners (I was lucky enough to only have that happen once).

But once you overcome ALL THAT and start becoming successful, there’s some rich bored asshole waiting to steal your whole concept and take credit for it, even if they’re making a shitty version.