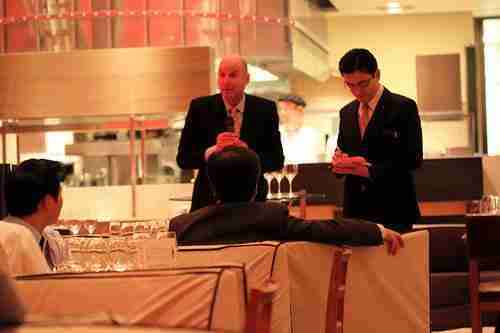 A couple of months ago, I was invited to the restaurant Kitchen at the W Seoul Walkerhill for an amazing wine pairing dinner with legendary wine scribe Matt Kramer from Wine Spectator. Matt’s been writing for WS since the ’80s, but he’s been writing about wine since the ’70s. You’d expect these wine dinners with wine experts would be snobby, snooty affairs.

In fact, I find that the more people know about wine, the less pretentious about it they tend to be. They’re more bacchanalian sensation seekers who just love life. I noted during Matt’s presentation that there was a slight frustration in his voice. Well, not frustration. He was like a coach, a Dead Poets Society teacher, pushing what I saw were a lot of stiff Korean wine drinkers to enjoy wine for being wine. Wine drinking in Korea is like golf in Korea. Neither is done for enjoyment but for status. It’s a means to look down on your fellow human. Matt’s thesis for the evening was to ditch that bullshit. Dive into the wine. Feel it. Love it. Fuck the shit out of it! 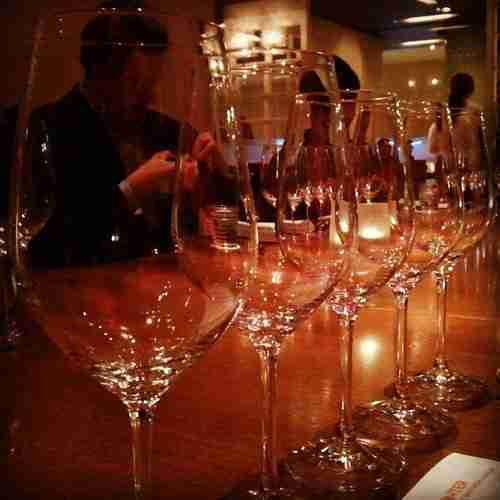 Now, I said this was held at the W’s Kitchen, which the Miele Guide recently put as the #3 restaurant in Korea behind Pierre Gagnaire and Jung Sik Dang. I agree with that ranking. Those are what I also think are the top three serious restaurants in Korea. This dinner proves why–and I’m not just saying this because I got to eat for free. 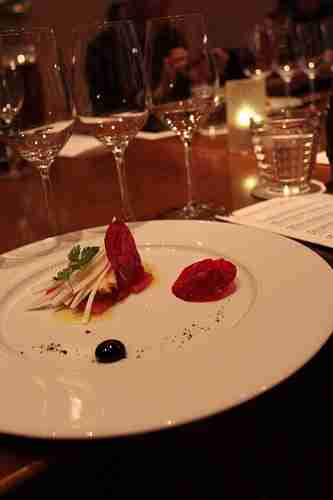 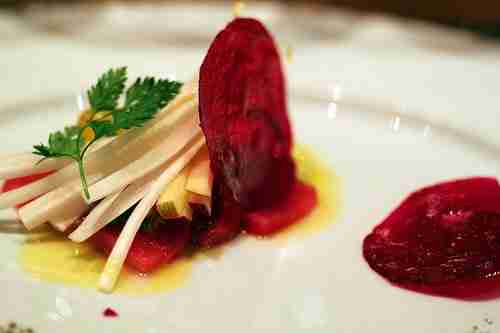 Since I’m more of a food writer, I’m going to talk more about the food. The dishes were given minimalist titles like I’ve seen at 11 Madison Park and Jung Sik Dang. The first was “tuna.” It was big eye tuna crudo (sashimi), orange and fennel, apple, beet “crisps” and an olive oil “bubble”–a classic modernist technique of making olive oil in the shape of an olive. The tuna was nice and meaty, lightened by the fruit and veg. The beet crisps were fun and whimsical. Sweet like the coating on a candy apple, and stuck to my teeth like that, too. This was paired with Lail Blueprint Sauvignon Blanc 2011. Refreshing. Gulpworthy. (Hey, if you want more serious wine commentary, Wine Korea’s Joshua went to the dinner too). 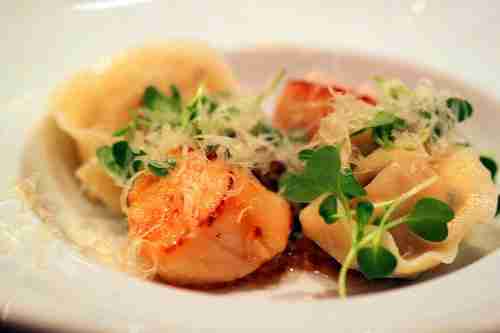 This was “scallop.” By far the most decadent dish. Why? See that little mandu dumpling to the right? Chef Ciaran Hickey’s favorite thing to do is sneak foie gras in dishes, and foie mandu is the pinnacle of that. In this case, they were tortellini. Was savoring that a good long while. Wine? I have to drink wine? Can’t I savor this a tad longer? Wines: William Fèvre Chablis 2011. Flowers Sonoma Coast Chardonnay 2009. Matt was very evangelical about Flowers. (On a side note, the web URL for Flowers Winery could also mistake them for a pig farm. Think about it.) 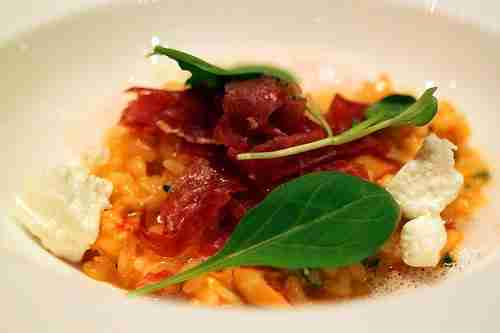 Lobster. Oh, this was also a dish to melt over. Lobster risotto. Iberico jamon. Goat cheese. With a buerre rouge (red wine butter sauce). Red, red, red, red! It was a punchy masculine risotto. This came with one of my favorite wines of the evening, Flowers Sonoma Coast Pinot Noir 2010. It had those full stone fruit pinot noir qualities that I love. The other one was Bouchard Père et Fils Auxey-Duresses 1er Cru “Les Duresses” 2010. By that time, I was just drinking and eating without thinking too hard about the wines–which I gathered was Matt’s intention. 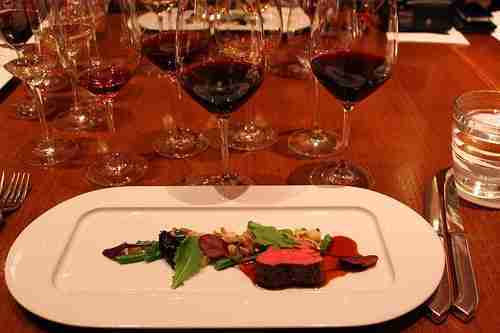 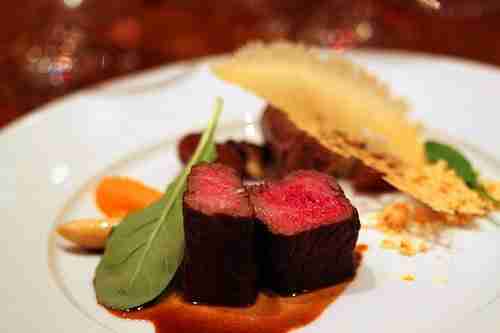 Beef. Sous vide beef short rib–look at that color! So succulent and tender. Boratana onions. Boerewers sausage (a little South Africa making an appearance). Garlic aligot (fancy mashed taters). We drank even more wines with this. Crasto Superior “Douro” 2010 and Quinta do Crasto Reserva Old Vines 2010. Matt had us compare these two wines back-to-back. They were basically the same wine–same grape–just grown a few meters away from each other. He used this as an example of terroir’s influence on wines. 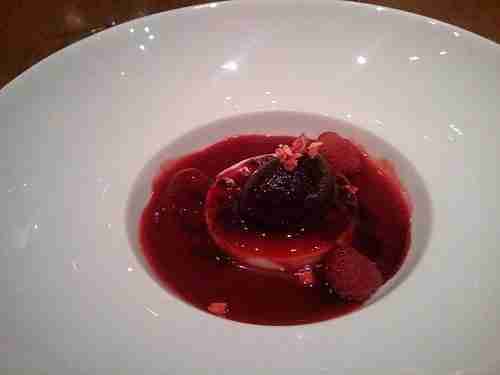 Strawberry. Now time for dessert. Panna cotta. Cassis sherbert berry basic consommé. Dried strawberries. That dish got licked up. Finished that with Schramsberg Crémant Demi-sec 2007. This sparkly had a little creaminess that harmonized with the creamy panna cotta. And I was thoroughly sloshed by then.

Seriously, the W Seoul has been working to get these special wine dinners with experts coming in from around the world. It is worth the splurge to have a memorable evening.