Why I Haven't Posted Much This Week 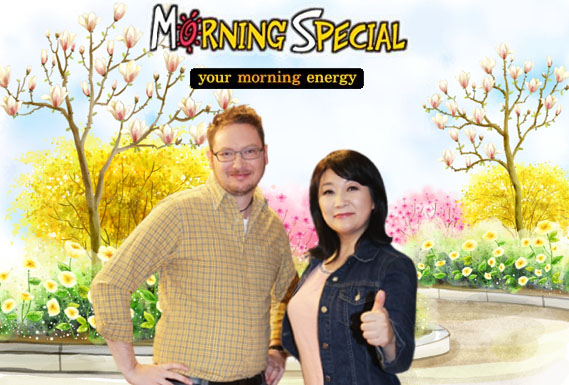 I’ve been adjusting to a new schedule lately. It’s because I’ve picked up a new gig. Seriously, it was a big surprise. Lemme tell you the story.

Back in January, I got a call from EBS Radio’s “Morning Special” asking for an on-air interview about ZenKimchi, scheduled for mid-February. It was for the morning show, so I had to be there wa-a-a-ay early. I almost turned it down.

February came, and I got there and did the interview, and it turned out well. Afterward, the producer pulled me into a separate room. She asked if I would be interested in doing a segment on their show once a week.

I agreed. So we agreed again to meet the next Friday to talk further about the segment. You see, Korean media’s new season starts in March, along with the new school year and such. March 1st is the Independence Movement Day and is considered a bit of a birthday for modern Korea.

The next Friday, I went in to talk, and there was a whole group in a control room sitting there. They asked if I’d be interested in hosting the program every weekday. This caught me way of guard. I had just gotten used to the idea of waking up early once a week. Could I do it every day? Most of the conversation was in Korean, and they said I’d need to learn better Korean. Well, I’m taking classes, and that has been my New Year’s resolution.

They first had me do an audition with one of the Korean hosts. When I walked out, they said, “Congratulations!”

I started this on February 28th. I have to get to the station between 6:30 and 7. I do the SeoulPodcast almost weekly. I’ve done live radio interviews. And I used to be a DJ in college. But this was not playing CDs and talking in between. This is a morning show–an educational one. And it has over 2 million listeners. I try not to think about that number as it would make me pee in my pants.

The first show, as expected, was littered with mistakes because I was learning the format on the fly. My co-host Nemo (pronounced NAY-mo) has been wonderful and patient in showing me how to do the show. By the second and third time, I think I had caught on. I’ve also already gotten used to the early mornings. And most of all–I’m having fun.

Now that I’m getting into a routine, the web site will get back to normal. I also am finally smartphone equipped, so expect more on-the-go posts, especially on Twitter.

If you want to listen to the show it’s from 8-10 on 104.5 in Seoul, but it’s played around the country. You can listen to it live on the website, but you’d need a Korean ID to sign in. And listen-on-demand costs money. Streaming radio smartphone apps like TuneIn Radio have EBS. You can listen to it streaming on the computer at radiotime.com.

3 thoughts on “Why I Haven't Posted Much This Week”