NOTE: I’m holding off on the Tuesday post, Eating Through Queens, because it will be a guest post on World’s Fare. 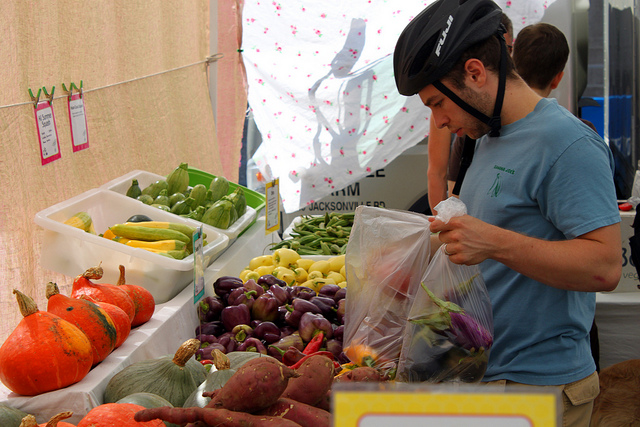 Surprised that I got over my hangover quickly. But I was still frazzled from Monday. Wendy IM’ed me and asked if I wanted to join her at the Union Square Market. At the same time, Jonathan was saying he could get me a press pass for Star Chefs that afternoon. My original plans were just lunch at 11 Madison Park and the ZenKimchi meet up in Koreatown that night. So I really packed it in that day. 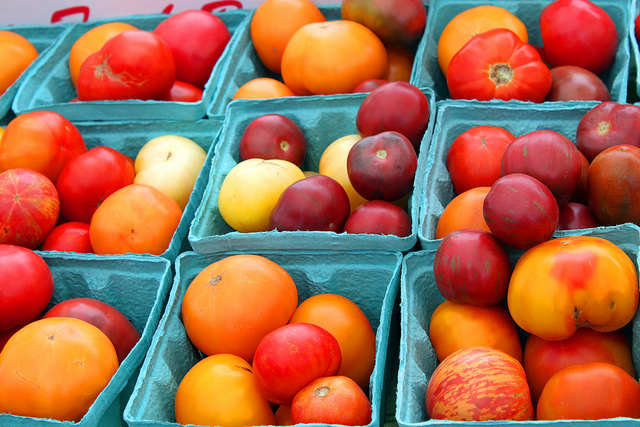 Greatly enjoyed the market. All the vegetables made me envious. Just look at those heirloom tomatoes! 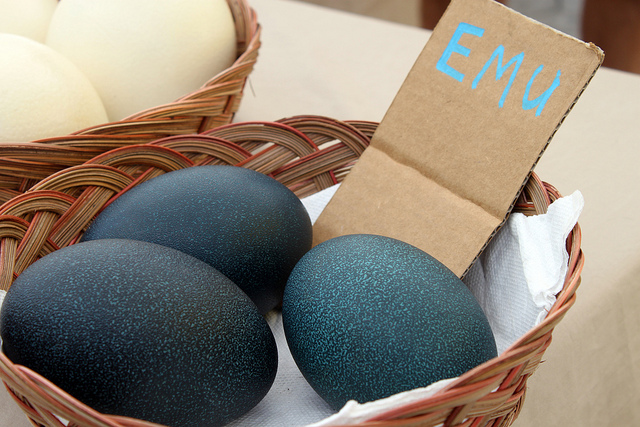 I badly needed coffee, so we went to a Starbucks. The guy at the table next to us needed it more. He passed out at his table, and stuff fell on the floor. I was worried he’d knock the table over. Good candidate for Blackout Korea, if we were in Korea. 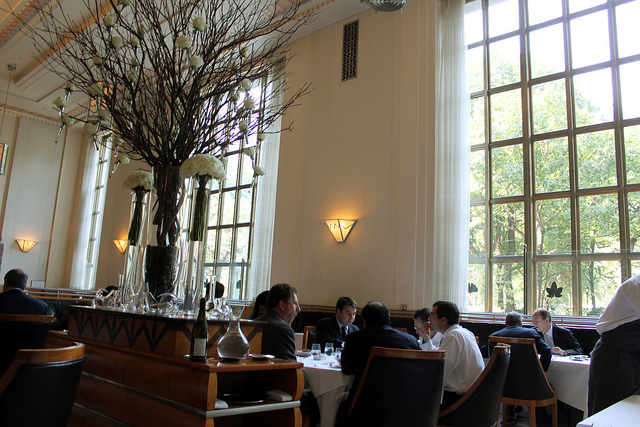 I was intimidated about going to 11 Madison Park, as I’m usually intimidated by fine dining. And also being a single diner. I took the train a few blocks up and found the restaurant. I showed up 10 minutes early and walked through the revolving door. 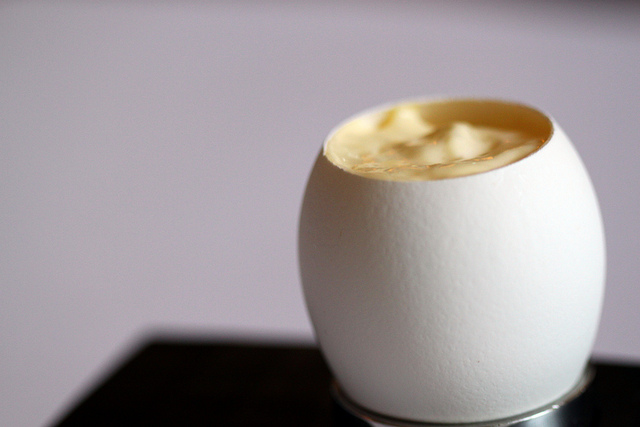 Man, it’s true! The new version of this restaurant knows who you are when you walk in the door. They quickly made me feel welcome, and I settled down to enjoy an epic two-hour experience. I’ll dedicate an entire post to this meal later. I’m still in awe of it.

The table next to me was a Korean woman taking her elderly mother out for a Chuseok meal. When they got up to leave, I wished them a happy Chuseok.

By the time I finished, I was running late for Star Chefs. I wanted to see a lecture by bartender Junior “Liquid Chef” Merino. I got up to 66th and Park, but I couldn’t find a pay phone to call Jonathan to get me inside. It was then that I ran into Veronica, who was able to get me in without a press pass. 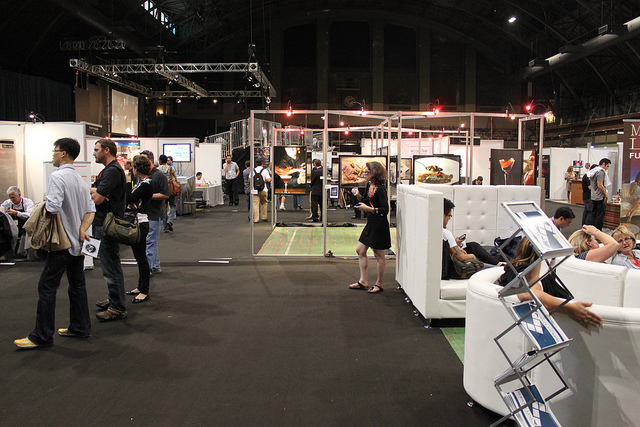 I couldn’t believe where I was! 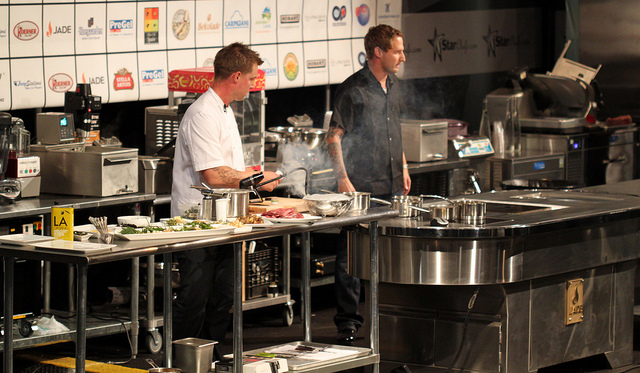 For someone like me, this was the ultimate fanboy event. Celebrity chef sightings everywhere. Ooh, there’s Wylie DuFresne. Rick Moonen was MC for the main stage, and we watched the Voltaggio Bros. make a dish they called “Tongue ‘n’ Cheek.” Bryan got it finished okay, but Michael was being greatly ambitious, and equipment broke down on him. He was going to make cotton candy with smoke inside it, but the cotton candy machine didn’t work. I think it flustered him a bit because he had forgotten some of his components and added them after he had presented his dish. It still looked a lot of fun. 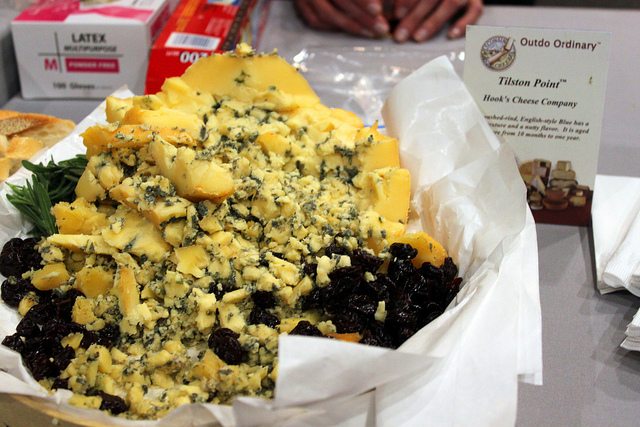 My big thing there was the cheese. CHEESE! We miss this so much in Korea. And they had some stanky ass cave aged cheddar and a blue cheese where the mold was so strong it had texture.

I found Jonathan, and he took me over to introduce me to Junior Merino. I tried some mezcal. I couldn’t handle hard spirits because of my previous night’s recovery. I met Junior’s wife back on the show floor. Jonathan was going to introduce me to the man himself, Dale DeGroff, but we ran out of time. We left as chefs were enraptured by a speech on pastry by Ferran Adria’s brother Albert.

Jonathan and I shared a cab. He was trying to get across the river to the gala, and I was going to the Empire State Building–Koreatown–for the ZenKimchi Meet Up. We got stuck in traffic because the UN delegates were in session, and there was added security. I just hopped out of the cab a few blocks away and found our meeting place, Seoul Garden. 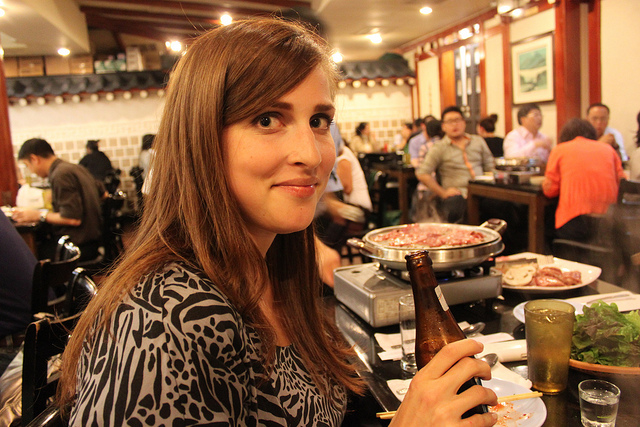 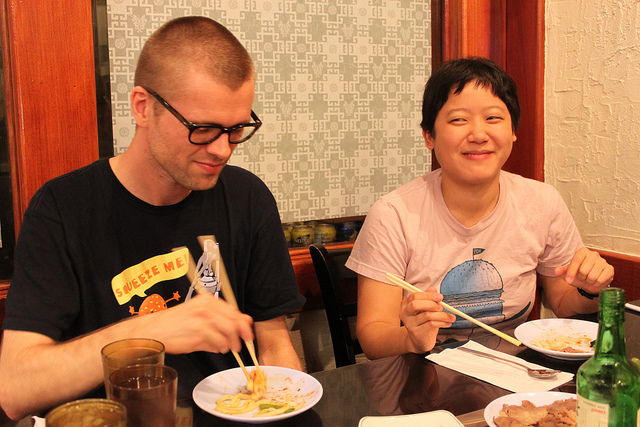 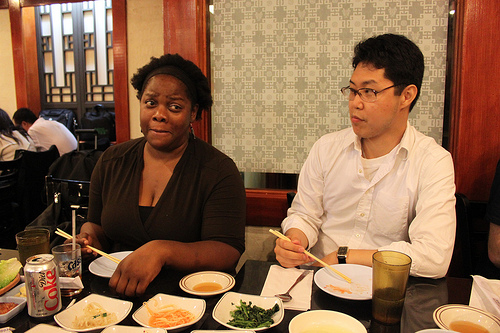 When I got there, my body crashed. I really couldn’t think straight. But I was so happy that people showed up. There were Megan from Bento Zen, my old pal Regina, Elaine Tin Nyo from the artist’s project in Anyang two years ago, Robyn Lee from Serious Eats and her friend visiting from Europe, Marcus, Bohae, and Zach showed up later.

I was drinking cokes to try to get my body back up, but it wasn’t working. Thankfully, everyone was hitting it off well, and they were enjoying the food. I just couldn’t eat anything more than a few bites of Kongbiji and Budae Jjigae. 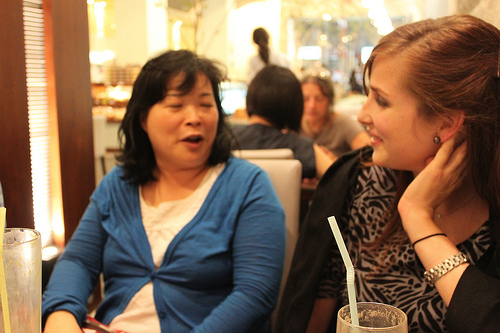 It started raining a bit when we left, and we decided to go to a cafe to get some caffeine in Joe. I actually started falling asleep on the table. But after the latte I was getting back to normal. But again, I was so happy that everyone who didn’t know each other got connected. It’s a wonderful group. Some of them I knew in Korea, and I miss them terribly. Others I had known online for a while and was glad to meet them. I just wish I was my normal annoying awake self. 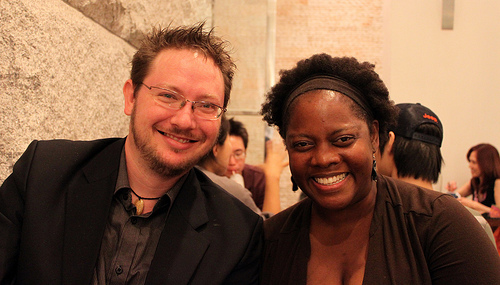 We caught a train back south, and Elaine walked me home. She used to live in Soho, and her boyfriend currently lives here.

Again, I crashed as soon as I got home.