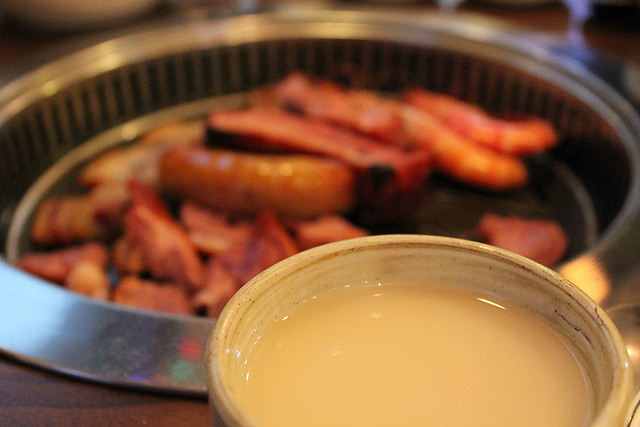 I think I had mentioned something about this before and people were skeptical. Now the JoongAng Daily has come out with a piece on how Pocheon Makgeolli got trademarked in 2008–in Japan by a Japanese company. Pocheon is a region, not a brand. So now makgeolli makers in Pocheon can’t write “Pocheon” on their bottles if they want to sell them in Japan.

There is a Geographical Indication System in place that is supposed to prevent these happenings from, um, happening. Yet the Korean businesses have not cottoned on to it, lacking the foresight that it may actual be necessary in Korea’s globalized future. I mean, shame on Japan and that company for trademarking the name. But again, shame on Korean businesses who–again–were more concerned with the now than the future. (I think that people who work for Korean businesses would know what I’m talking about.)

Yet I think this is the unintended money quote.

“By registering their geographical names, they believed their products would see higher prices and increased sales.”

Ah, the if we build it they will come meme that pops up so many times. Guys, it’s not enough to just register a geographical name. That’s the first step. Then you have to market it. All the time, I hear things like, “BlahBlah-si is famous for apples,” and “So-and-So-do is famous for dried mushrooms.”

Maybe a handful of people inside of Korea may know of it, or it may be what the town grows the most, but it’s not famous. Considering it’s my passion to find these things, if I haven’t heard of it then likely most people outside of Korea haven’t heard of it either. I know that only wine from Burgundy can be called Burgundy. I know that only whiskey from Scotland can be Scotch. That’s because they started early in marketing their reputations and going aggressive in protecting their regional products. Oh, and they also ensured that their products were among the best. A town in Korea can produce a lot of peaches and be called “famous” for it, but would it compete with a Chilton County peach from Alabama for flavor? Doubt it.

The first step is to recognize you have a geographically produced products and register it. Then you work on both marketing it and making the product good enough to stand on its own and make the region a star producer.

Can it be makgeolli if made in Japan? (JoongAng Daily)