Sh-wing, How We Miss You 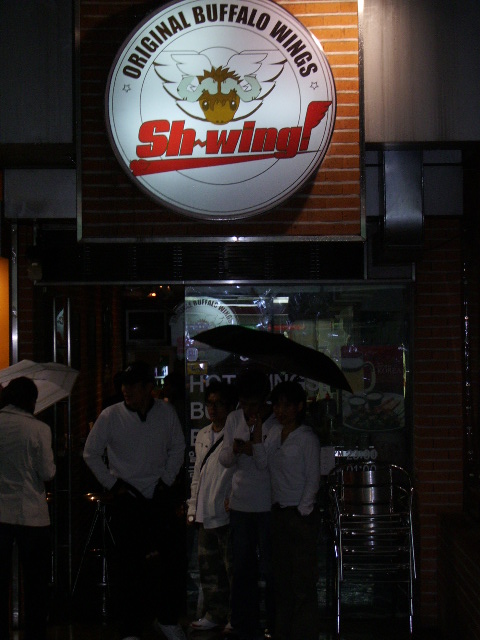 Just had a little wistful moment remembering a great little place in Apgujeong off of Rodeo Drive called Sh-wing. It was a great spot to go to on a weekend afternoon, get with some friends outside, order all-you-can-eat wings, break out the pitchers of beers and watch the plasticized beauties walk by in their high heels.

Sh-wing was a bit before its time, having its hey day in the mid 2000s. It didn’t catch on well with the Korean public, and I guess it was too far away from Itaewon Island for many expats to give it adequate business.

Hot wings are now gaining in popularity here. I still haven’t found any that come close to their infamous “Krazy Korean” style. They were rough because they had that delayed back-of-the-mouth heat that Korean peppers possess. So you’d eat five of them thinking, “Oh, these aren’t so bad.”

Then five wings’ worth of heat steadily grows and attacks all at once. I’ve had to take a walk around the block after a few one time.

The owners changed hands, and the quality went downhill as they tried to squeeze as much money out as possible from the clientele. They didn’t realize that the reason we went there was that it was damn good and had good deals. It was a sad day when we showed up only to be served half-assed wings with the limp tiny edge stems of celery. They closed their doors soon after the first Hooters showed up in Apgujeong, which I think has since closed. I don’t get out to that area that much.

The reason I don’t go much anymore is because there is no more Sh-wing. I have been keeping my ear to the ground. Even though wings have picked up, I still haven’t found any to match Sh-wing’s Krazy Koreans.

Tell me, where can I find some good wings with an all-you-can-eat option that will burn you a second bunghole? 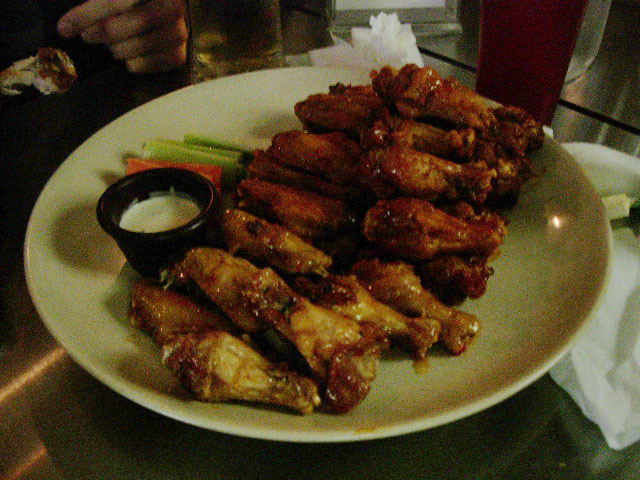