Last year ZenKimchi had reported on the very first Korean BBQ Cook-Off event in Los Angeles, California.  Specifically in L.A.’s Koreatown district.  It was a packed and popular event with an estimated 10,000 attendees.  Although Korean BBQ has been around in California for decades since the start of large scale Korean immigration to the West Coast of the United States, it’s only now started to reach the mainstream, at least in this particular part of the country. 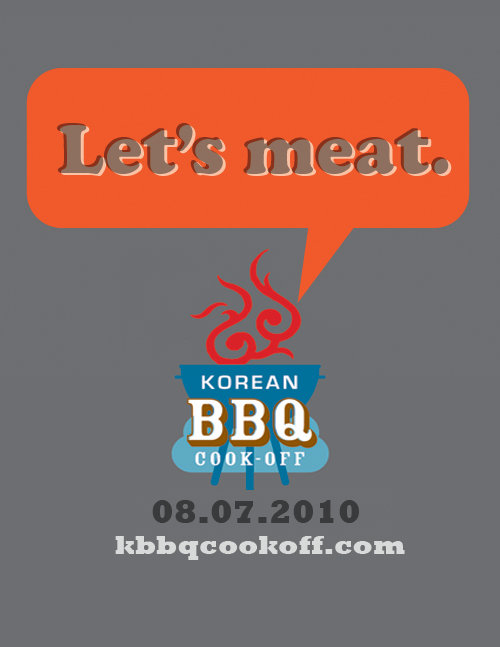 So, given the success of the event, the Korean American Coalition hosted a repeat this year.  A bigger venue, more vendors, more food and what appeared to be more people.  Well, perhaps a lot more people. 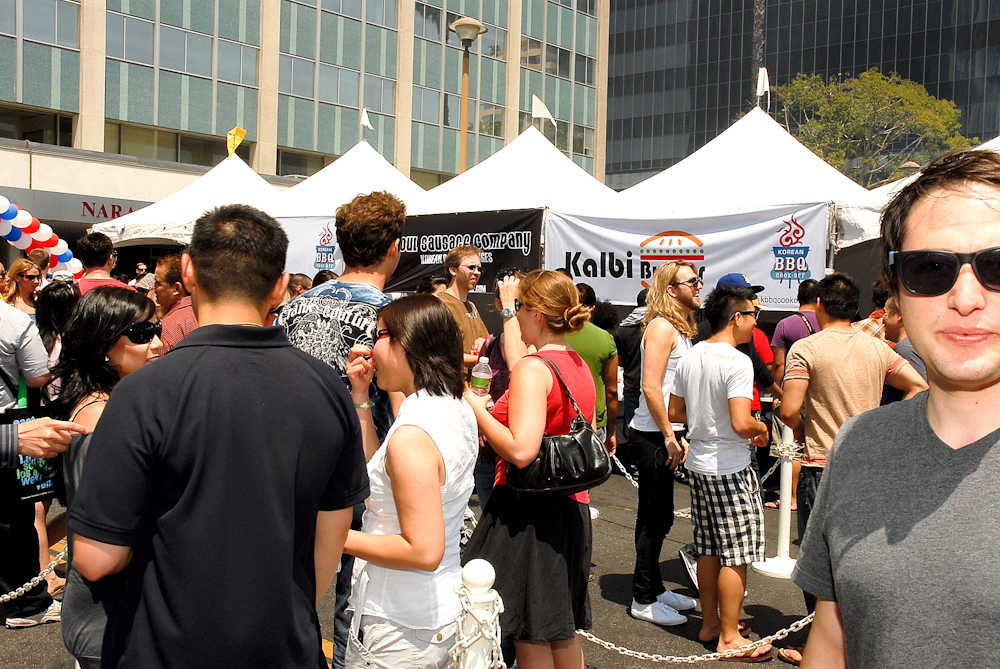 If last year’s event had an estimated 10,000 attendees, I’d safely estimate that this year’s had perhaps twice that this time.

Not to mention the lines… 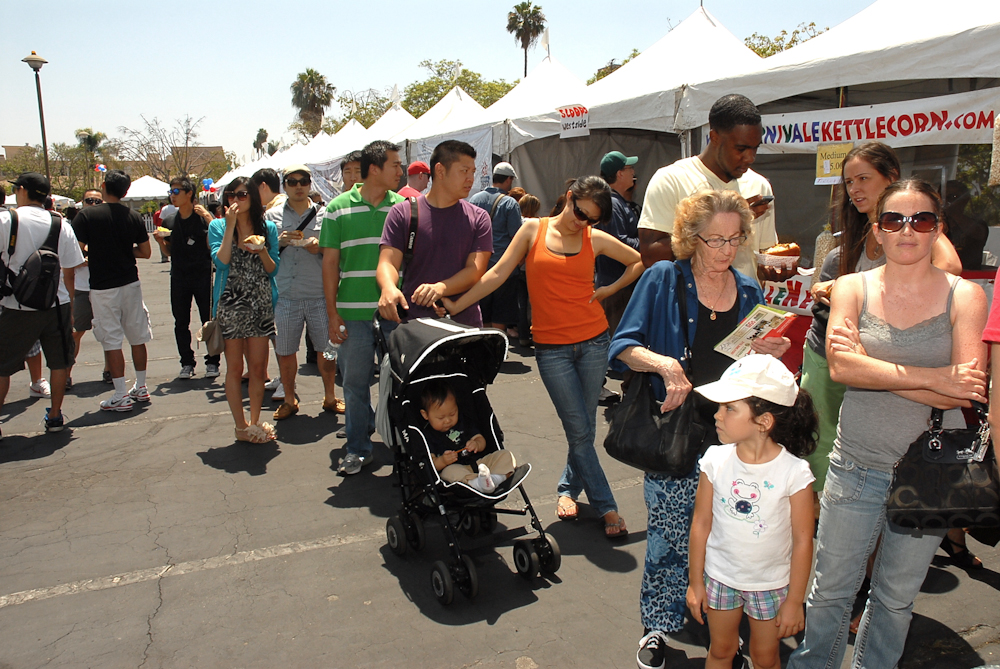 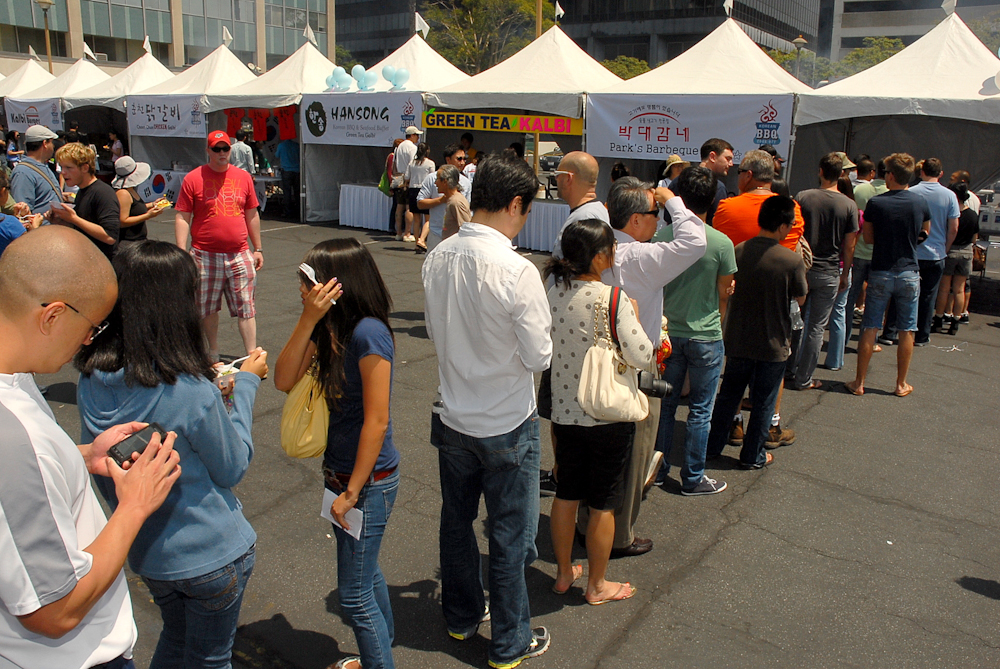 Some booths had as long as a 45 minute to an hour long wait.  A booth called Kalbi Burger had insanely long lines.  Like as in new ride at Disneyland long lines.  What were they waiting for?  Korean short ribs, grilled pork or fusion foods like Korean inspired hamburgers and bratwursts topped with kimchi sauerkraut. 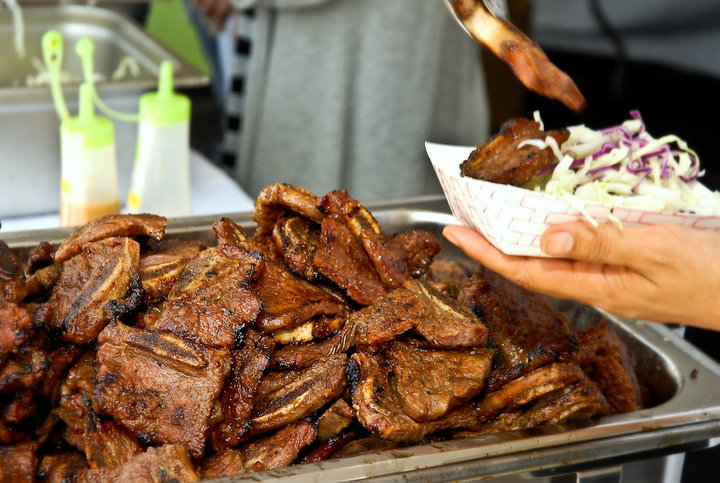 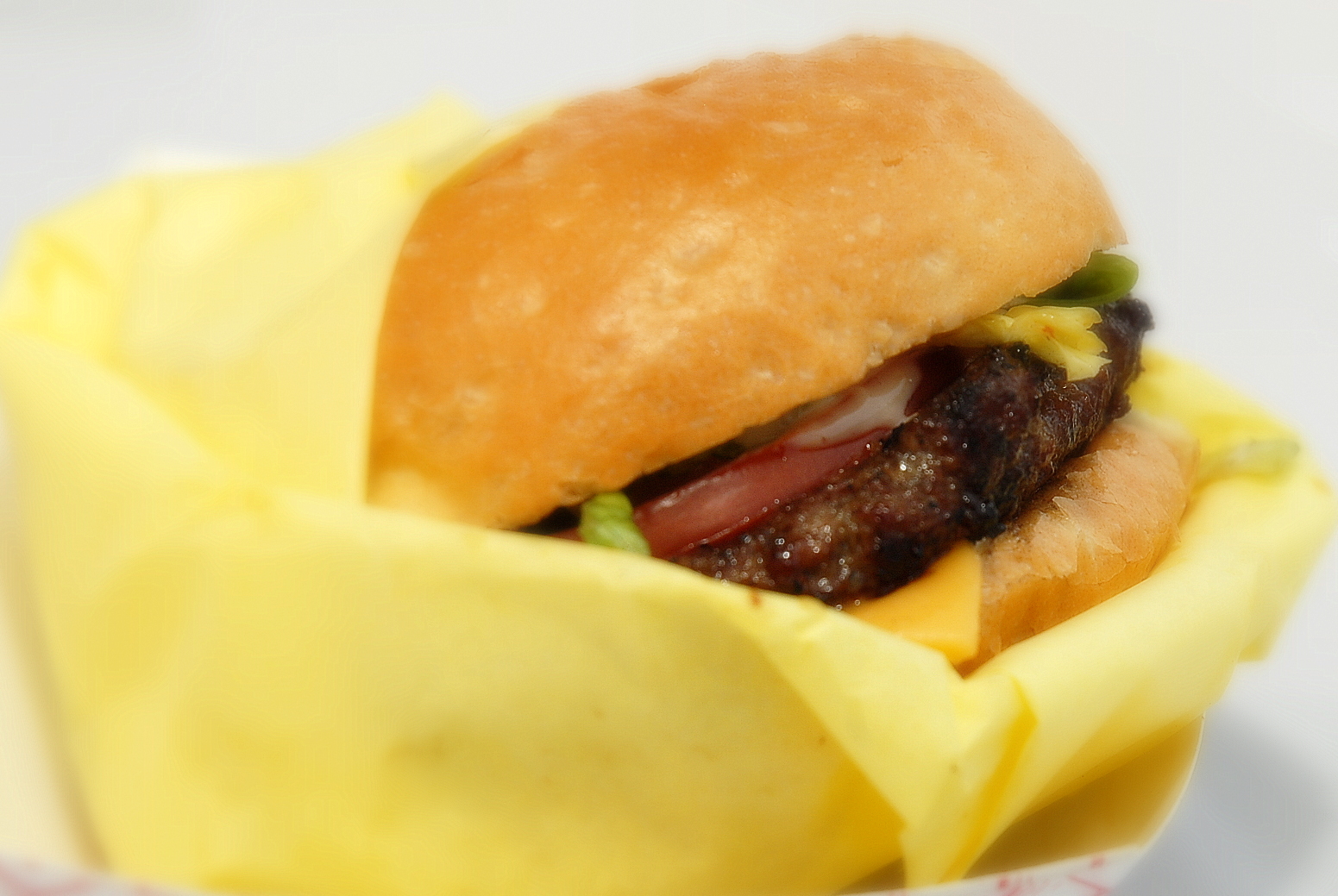 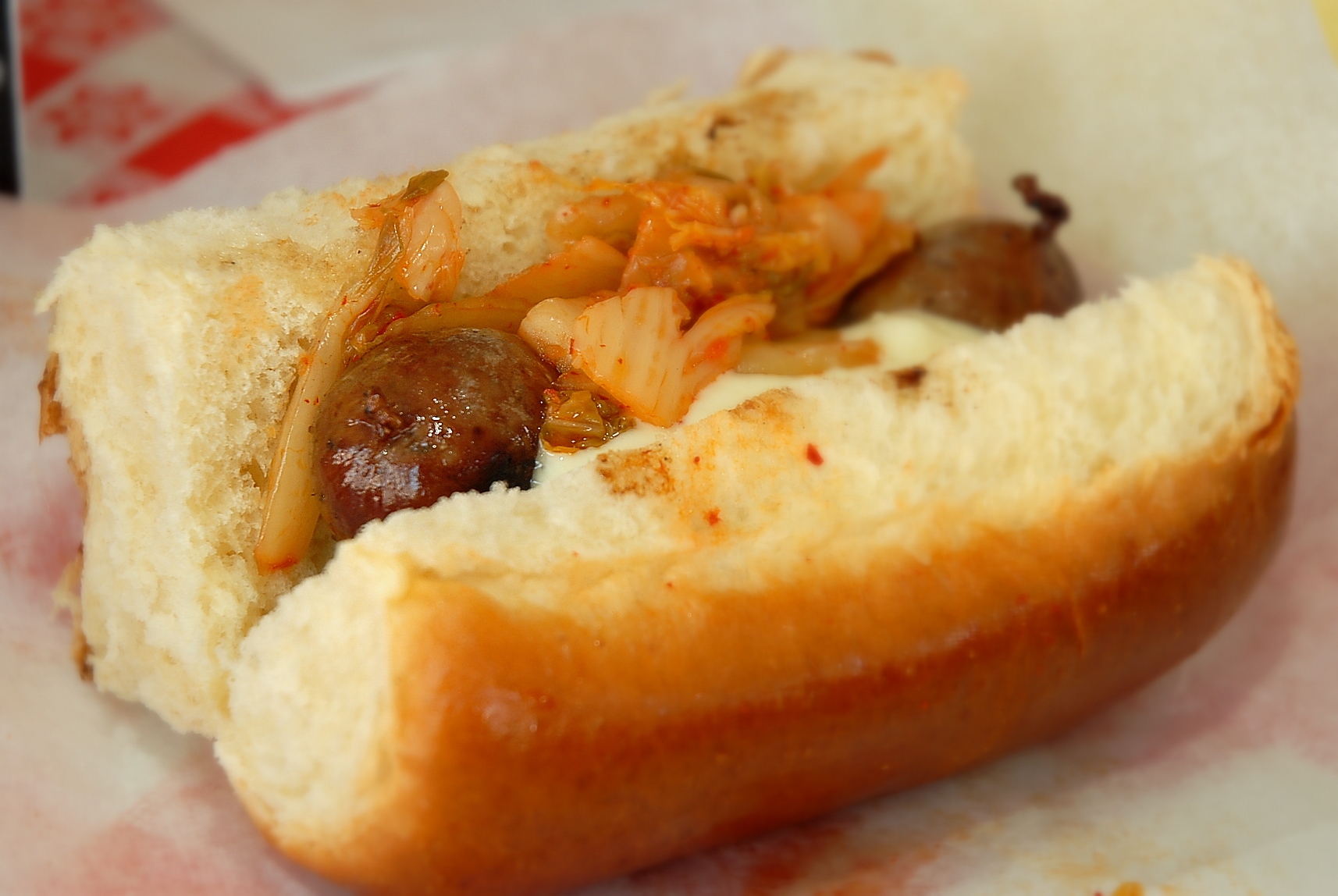 It had a bit of a carnival or county fair atmosphere with ice cream and kettle corn booths.  There was a Choco Pie eating contest and a soju cocktail mixing contest.  However, the whole event culminated into a Korean BBQ taste contest with food experts, politicians and celebrities as judges and honored guests.  Among the judges were Pulitzer Prize winning food critic Jonathan Gold, critically acclaimed LudoBites chef Ludo Lefebvre, and award-winning actress Sandra Oh. 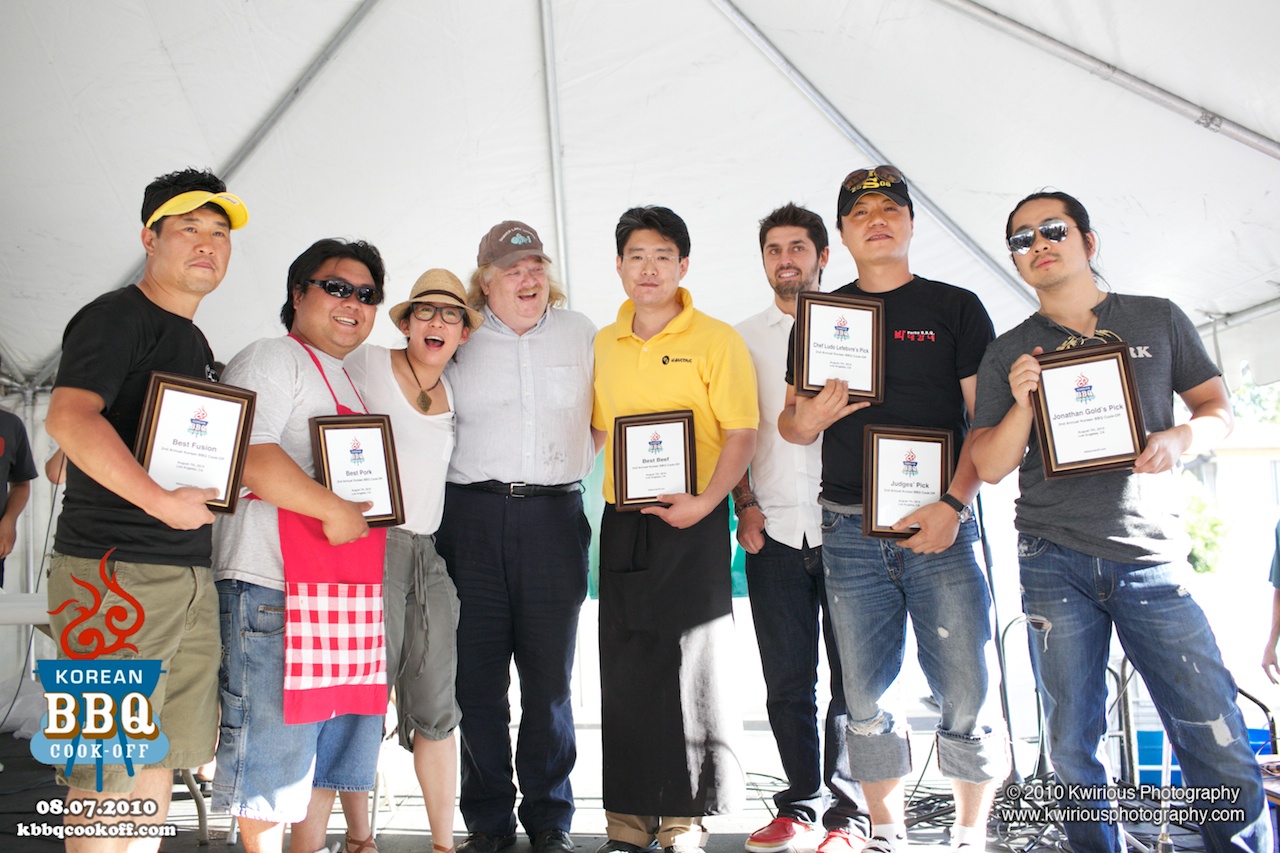 And the Judge’s Selection?  Park’s BBQ. 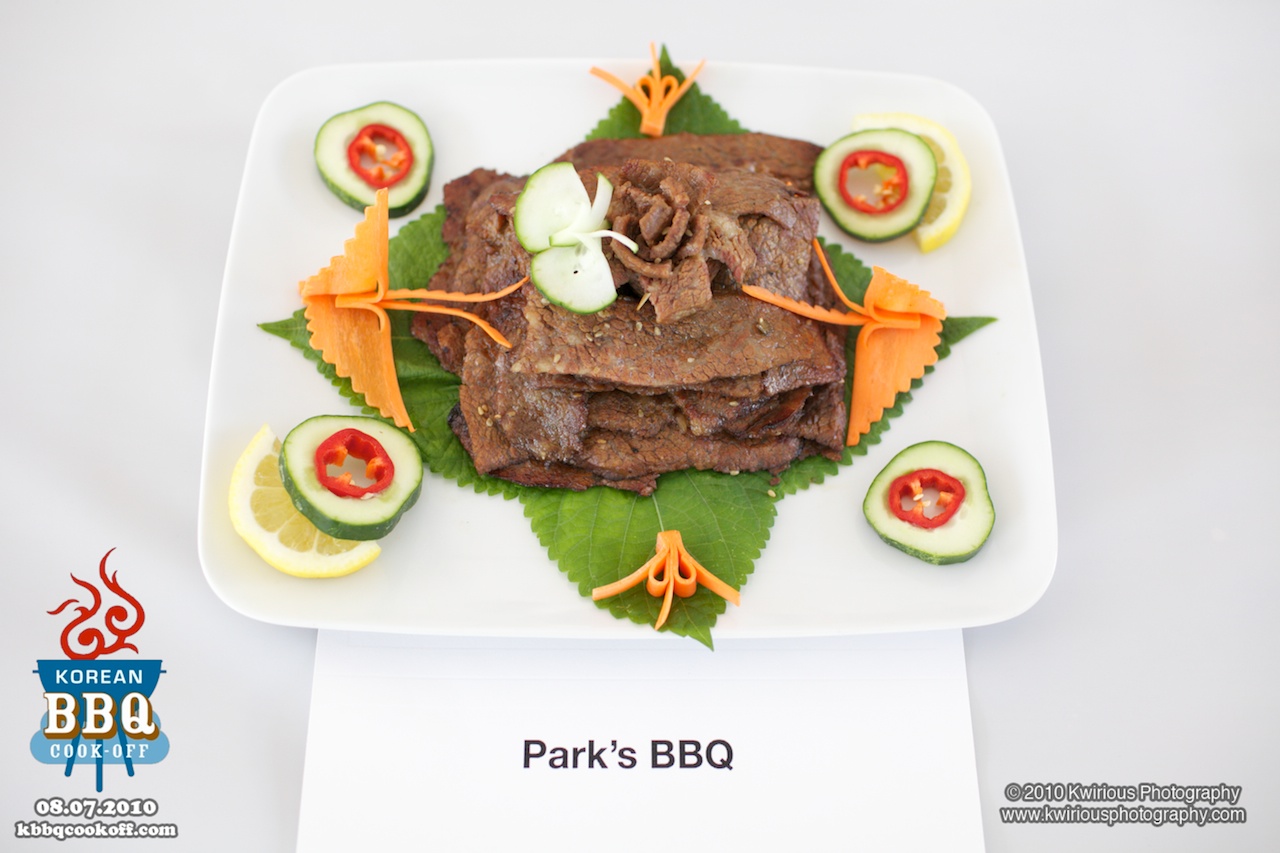 With great food, soju cocktails, makgeolli, plenty of Hite beer and a diverse crowd, it was good times. 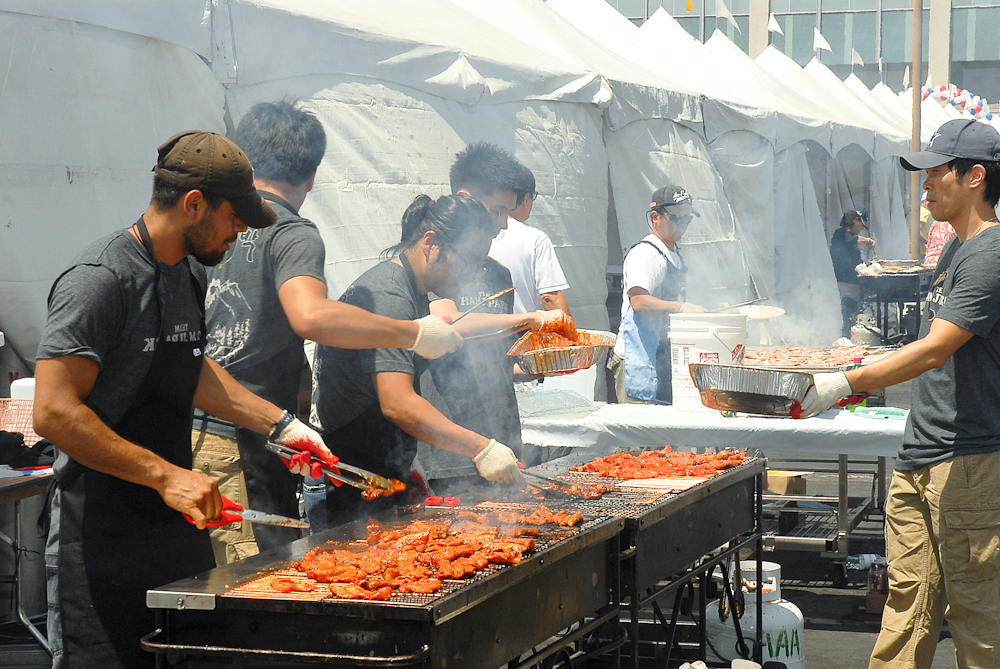 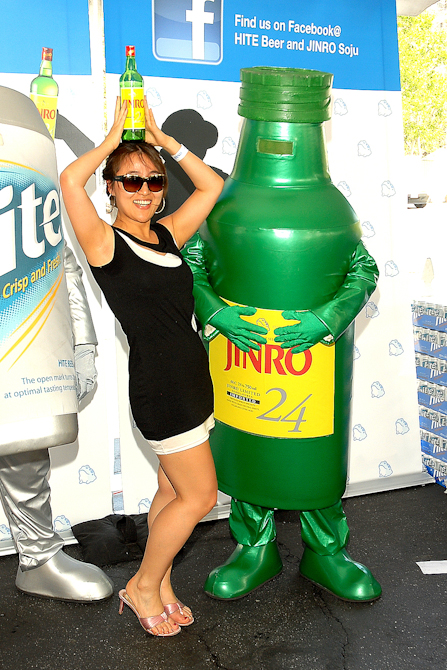 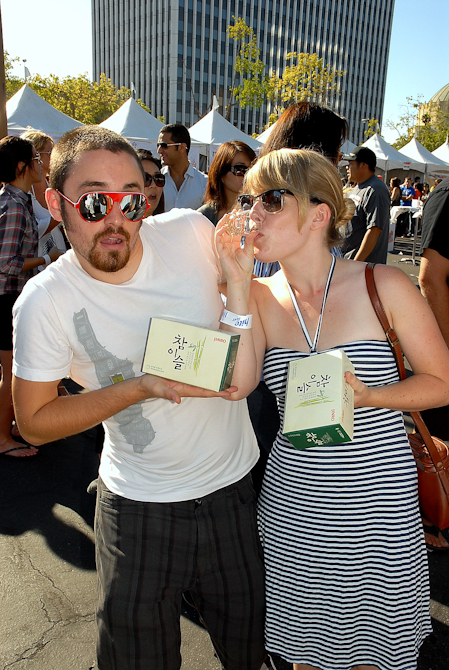 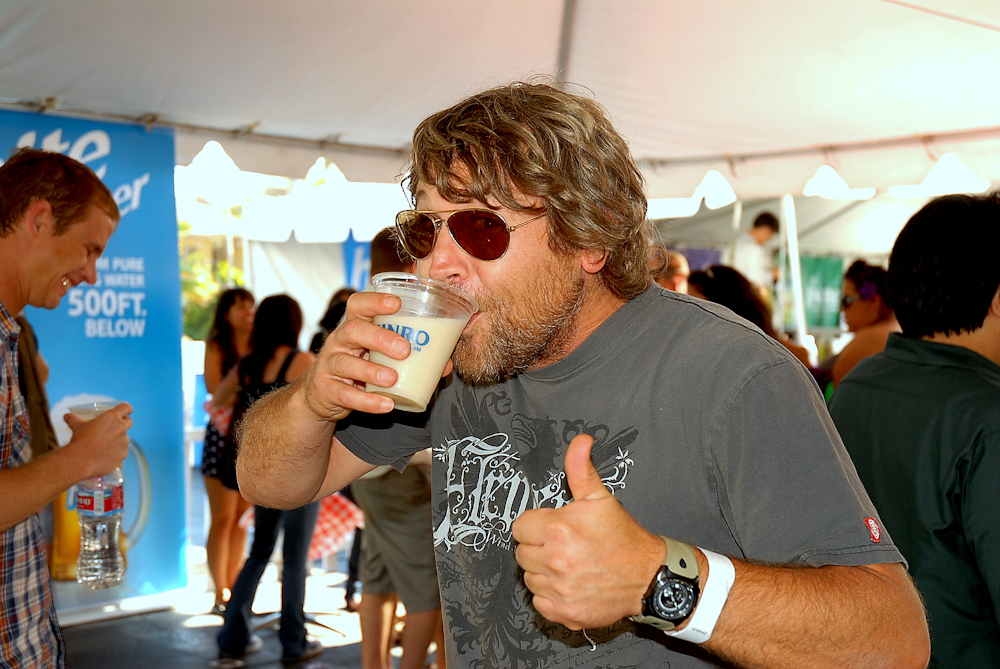 The popularity of events like this, as well as the increasing popularity of Korean taco trucks like Kogi and Marination Mobile, means that Korean food is seeping more and more into the mainstream.  The fact that it’s happening in California is all the more interesting since many of America’s hottest food trends come from there.

According to Mackie Jimbo of Zester Daily:

“Despite these aggressive marketing tactics [by the Korean government to promote their food], some think Korean cuisine’s popularity may be more organic. “The Korean nightlife scene in Los Angeles is so strong,” said food critic Gold. “There’s something about how Korean cooking more than anything else ties into the drinking culture. The strength and purity of Korean flavors makes it a perfect match.” Lefebvre echoed Gold’s sentiments. “In Los Angeles, everyone is talking about Koreatown,” he said. “When people want to go out, they go to Koreatown for Korean food, soju (Korea’s answer to vodka) and karaoke.”

Gold also pointed to Korean-Americans’ willingness to share Korean culture as a catalyst for the cuisine’s rise. “There’s something about young, second-generation Korean-Americans assimilating to American culture — they’re just really good at it,” he said. “First-generation Koreans banded together, and Koreatown was almost impenetrable when it started out. But now, everyone knows Koreans, everyone has Korean friends, and everyone goes to Koreatown.”

New tasty food for the masses is always a good idea.  Here’s hoping that the trend continues.