Ready for some Good Beer? 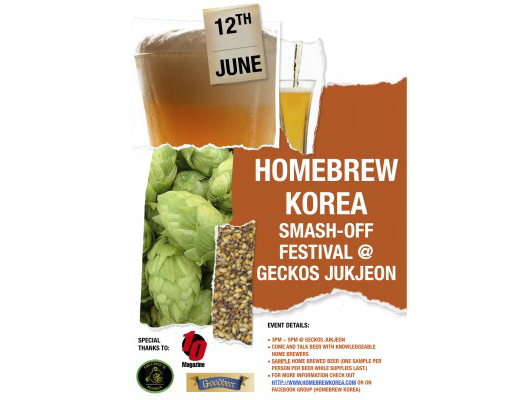 We’re getting closer to the event, so we’d better do some more plugging. Our friends at Homebrew Korea will be holding a “Smash-off” on June 12th at the Gecko’s in Jukjeon. It’s a bit of a homebrewing competition. Even if you don’t have a horse in the race, it’s a great chance to try some beer with actual flavor and a little head (yeah, yeah, feel free to insert your own joke). The other purpose of this event and of Homebrew Korea is to show all of us that we don’t have to settle for watery beer and expensive imports. We can just as well make our own. HBK has an active message board to help you out.

In other beer talk, The Korea Herald recently posted an article on the five best beers north of the river in Seoul. Rob Titley of HBK was quoted in the article. Spoiler alert: a well-known ZenKimchi favorite was the winner.