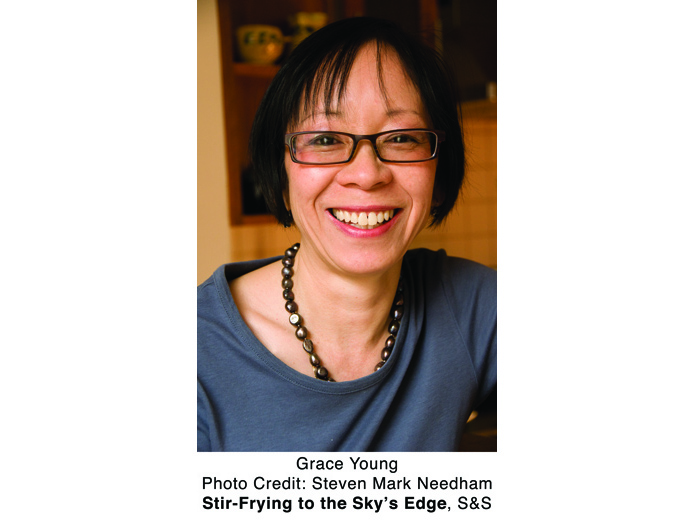 Grace Young, known as a wok evangelist, has won many awards including the IACP Le Cordon Bleu International Cookbook Awards for her first book The Wisdom of the Chinese Kitchen: Classic Family Recipes for Celebration and Healing and her second book The Breath of a Wok: Unlocking the Spirit of Chinese Wok Cooking Through Recipes and Lore.  After spending 3 1/2 years on her latest project, she recently came out with her third book Stir-Frying to the Sky’s Edge: The Ultimate Guide to Mastery, with Authentic Recipes and Stories, which has gotten rave reviews for her demystified, detailed, and easy-to-follow guide for home wok-cooking.

You can find Grace Young on the web at www.graceyoung.com and on Twitter @stirfrygrace.  She will be also discussing Chinese cooking techniques and its evolution under the title of “Wok the Wok and Talk the Talk” at the Asian Feastival in Queens on Labor Day, September 6th, a one-day event celebrating Asian culinary cultures.

She was kind enough to answer some questions for the ZenKimchi Korean Food Journal.  Just as in her books, her genuine enthusiasm for wok-cooking came through in our interview. 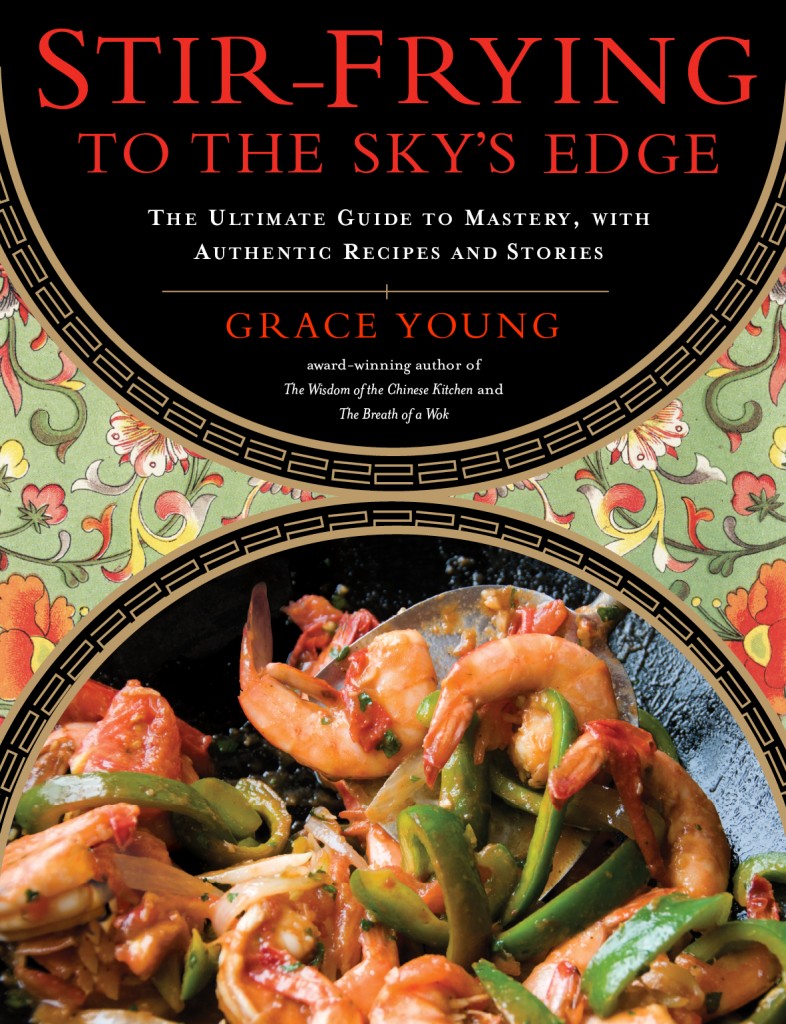 1) You mentioned in an interview that your second book The Breath of a Wok started from your realization that Chinese cooking was losing its classical roots, especially wok cooking.  Do you see other cooking tools, methods or ingredients that are losing grounds that you’d like to see preserved or revived?

I think the fundamental problem in our society is that recipes are not being handed down from generation to generation. People have less time to cook and children are not growing up learning basic cooking skills from their parents. This is particularly sad to see with Chinese culinary traditions because the culture is so rich. With that in mind everything is at risk of being lost from the most basic knowledge of how to use a wok and steamer to all the fundamental cooking methods.

2) How do you see the balance of keeping up with tradition (e.g., wok cooking) vs. convenience (e.g., investment in time and practice to get used to wok cooking and seasoning a wok)?

It takes about 15 minutes to season a new wok so the process couldn’t be more “convenient.” With that small investment you become part of a culinary tradition that is over 2000 years old. A traditional cast-iron or carbon-steel wok is what I call an ancient nonstick pan. As it becomes more seasoned with cooking the pan creates a natural nonstick surface which means it requires minimal oil for cooking. Dishes cooked in an iron wok also absorb dietary iron giving added nutritional benefit. Best yet, food tastes extraordinary. For me, there is no question that wok cooking traditions must be maintained.

3) You show us a few examples of how a wok is not limited to what many consider as traditional Chinese cooking in your third book Stir-Frying to the Sky’s Edge.  What are some of the most unusual dishes or combinations you made with your wok?

Most people assume a wok is only used for Asian cooking, but I fry bacon, scramble eggs, and even pan-fry steaks in my wok. As you mentioned, some of the cooks I interviewed in researching Stir-Frying to the Sky’s Edge taught me some wild stir-fries. I think the two most unusual dishes are the Stir-Fried Bagels with Cabbage and Bacon which originated in Beijing and Stir-Fried Watermelon Rind!

4) At any point in your culinary career, did you face any inner conflict between your Chinese and American self?  How did you resolve it?  I became curious about this after reading about how you addressed the concept of ‘yin yang harmony’ in food in your first book The Wisdom of the Chinese Kitchen, which seems naturally understood by many Asians but completely a foreign concept to others.

I never felt an inner conflict between being Chinese and American. I would say for most of my life I identified with being American except I felt Chinese when it came to food. When I wrote my first cookbook, The Wisdom of the Chinese Kitchen, I set out just to record my family’s recipes. As I cooked with my parents, I was surprised at how they opened up. My parents, who are very private, began to share memories of their days in China and of when they first came to America. So in documenting my family’s cooking I accidentally came to learn a large part of my family’s history and in doing so could meld my two worlds.

5) What did you have for dinner last night?

I cooked Stir-Fried Tomato Beef and served it with steamed rice for my husband and me. I used heirloom tomatoes from the farmers’ market. The tomatoes are at the height of their season and have incredible flavor.